The Litecoin price fell back in the red during the ongoing session, as sellers pushed LTC down after the price crossed $115. LTC had ended the weekend on a slightly bearish note, dropping by nearly 2% and falling to $108.70. However, the price was back in the green on Monday, as it registered a marginal increase, rising to $109.62, before pushing up by over 5% on Tuesday and moving to $115.12. 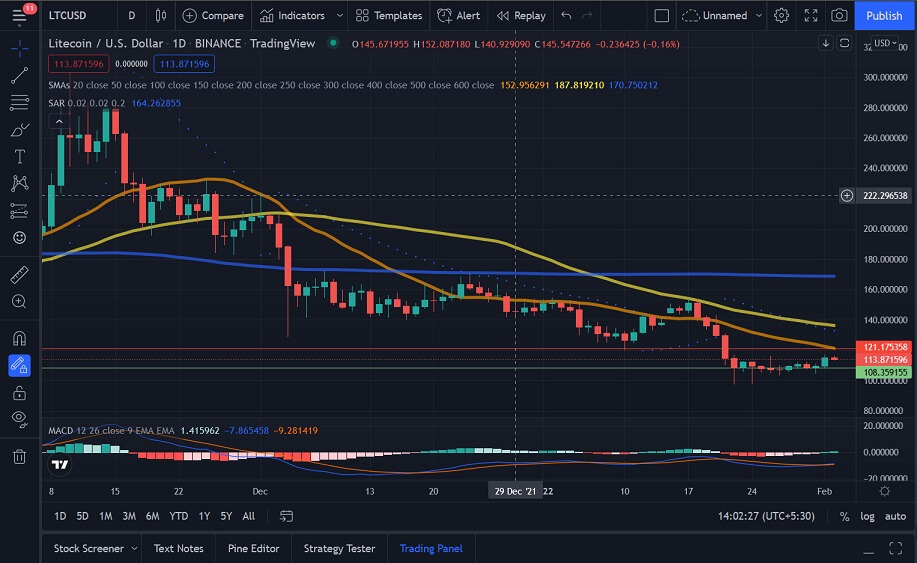 The Litecoin price remained in the green over the weekend, as it pushed up by 1.29% on Saturday, rising to $110.87. However, Sunday saw LTC fall back in the red, falling by nearly 2% and ending the weekend at $108.70. Monday saw LTC register a marginal recovery, as the price rose by 0.84%, before pushing up by over 5% on Tuesday and moving to $115.12. The current session sees LTC marginally down, as sellers look to push LTC down to $110.

We can see that the MACD is currently bullish, indicating that we could see the price recover from its current levels.

Looking at IntoTheBlock’s IOMAP for the Litecoin price, we can see that LTC has strong support at around $108.23. At this price level, over 101,000 addresses have bought more than 3 million LTC.

The 4-hour Litecoin price chart shows us that LTC had pushed above the 20-bar SMA on the 25th, then rose to $111.65 on the 26th. The price fell back after reaching this level, as it slipped back below the 20-bar SMA and fell to $104.21. The price registered a marginal recovery from this level but could not move past the 20-bar SMA and fell back, dropping to $106.10 on the 28th. After dropping to this level, LTC could make a fairly strong recovery and pushed above the 20 and 50-bar SMAs, moving to $111.58 on the 30th. However, the price fell back once again after reaching this level, slipping back below the two SMAs and dropping to $105.32. LTC then registered a strong recovery from this level, surging past the 20 and 50-bar SMAs and moving to its current level of $113. 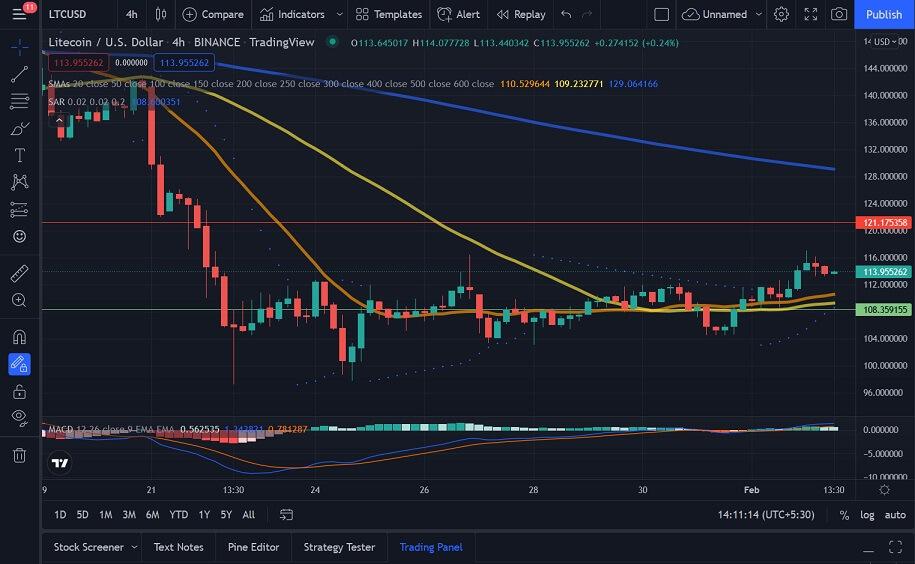 Looking at the Litecoin price chart, we can see that LTC has registered a marginal drop during the ongoing session after a fairly strong start to the week. Although LTC is currently in the red, the price has managed to push back up. If LTC can recover, we could see LTC push above $115, but if sellers manage to push the price lower, LTC could drop to $110.