The Litecoin price is up significantly during the ongoing session, as buyers pushed LTC above $130. LTC was mixed over the weekend, registering an increase of 1.04% on Saturday, moving to $128.30 before dropping over 2% on Sunday to $125.65. The current week started with the bearish sentiment persisting, as LTC registered a marginal drop on Monday before pushing up significantly during the ongoing session.

The Litecoin price started the previous weekend on a relatively bullish note, registering a marginal increase on Saturday before pushing up by nearly 5% on Sunday to end the weekend at $127.69. The bullish sentiment persisted on Monday, as LTC pushed above the 50-day SMA and rose to $137.35 before dropping back on Tuesday and falling to $133.95, where the 50-day SMA acted as support. As a result, LTC recovered on Wednesday, rising by nearly 5% and moving to $140.19. 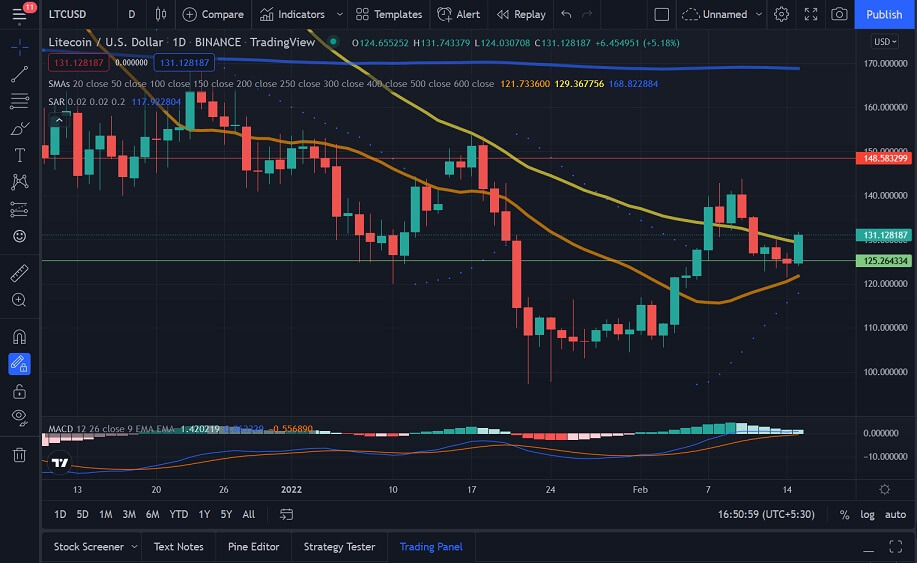 After pushing up to $140 on Wednesday, the Litecoin price fell back on Thursday, dropping by nearly 4% and falling to $135.10. Friday saw LTC continue to drop, as the price fell by over 6%, slipping below the 50-day SMA and falling to $126.98, before registering a slight recovery on Saturday and rising to $128.30. However, LTC fell back on Sunday, ending the weekend down by over 2% at $125.65. Monday saw LTC remain in the red, as it registered a marginal increase before pushing up significantly during the ongoing session. 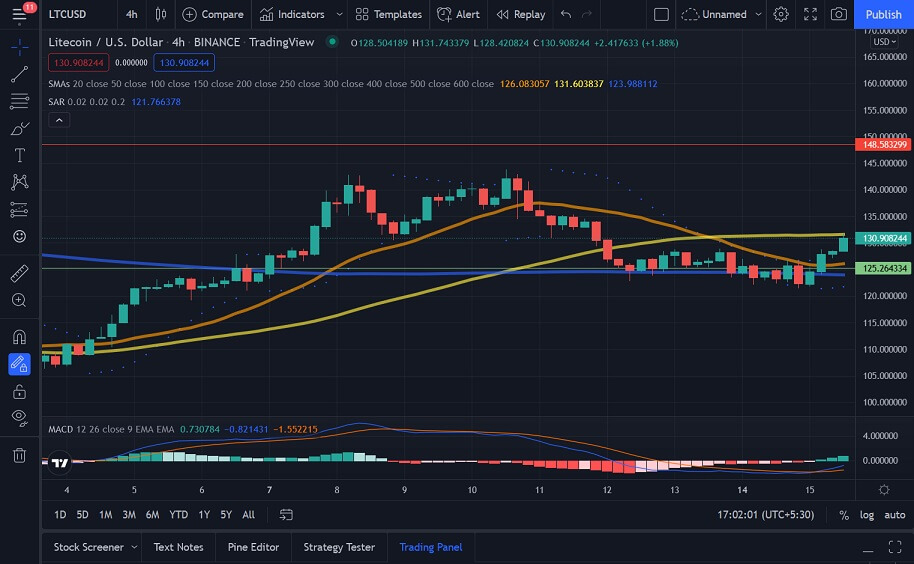