The Litecoin price remained in the red during the current session, as it dropped to $110. LTC had registered a sharp drop on Thursday as it dropped below the 20-bar SMA, falling to $116,37. LTC remained bearish on Friday, dropping by 1.25%, before registering a marginal recovery on Saturday, rising to $115.63. However, the current session sees LTC back in the red, down by over 4%.

The Litecoin price started the previous weekend in the red, dropping below the 50-day SMA on Friday. The price recovered over the weekend, rising by 1.04% on Saturday, before dropping over 2% on Sunday to end the weekend at $125.67. Monday saw the bearish sentiment persist, as LTC registered a marginal drop before recovering on Tuesday, rising above the 50-day SMA and settling at $131.71. However, on Wednesday, LTC was back below the 50-day SMA, dropping to $127.75. 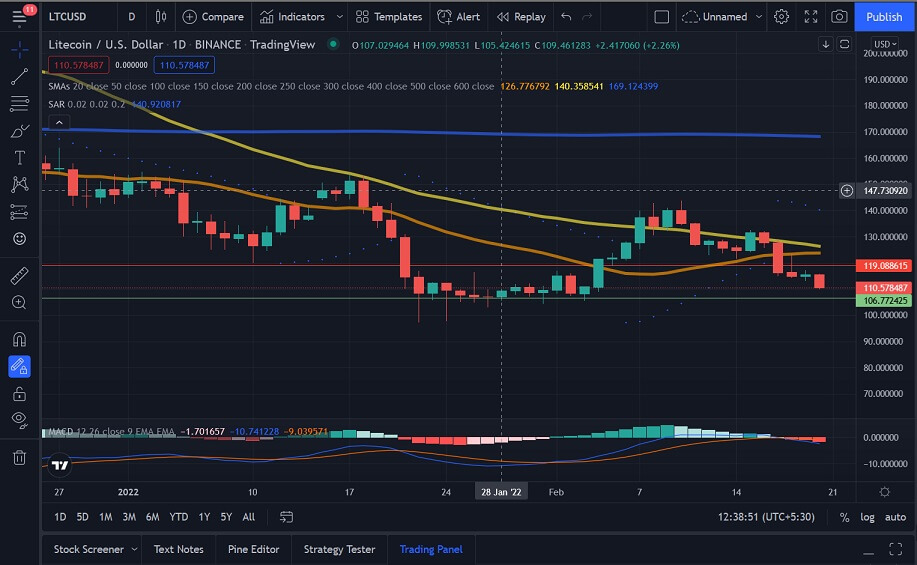 IntoTheBlock’s IOMAP for the Litecoin price shows that LTC faces strong resistance at around $119.16. At this price level, over 170,000 addresses have sold more than 3.8 million LTC.

More On Litecoin: Is It Too Late To Buy Litecoin? 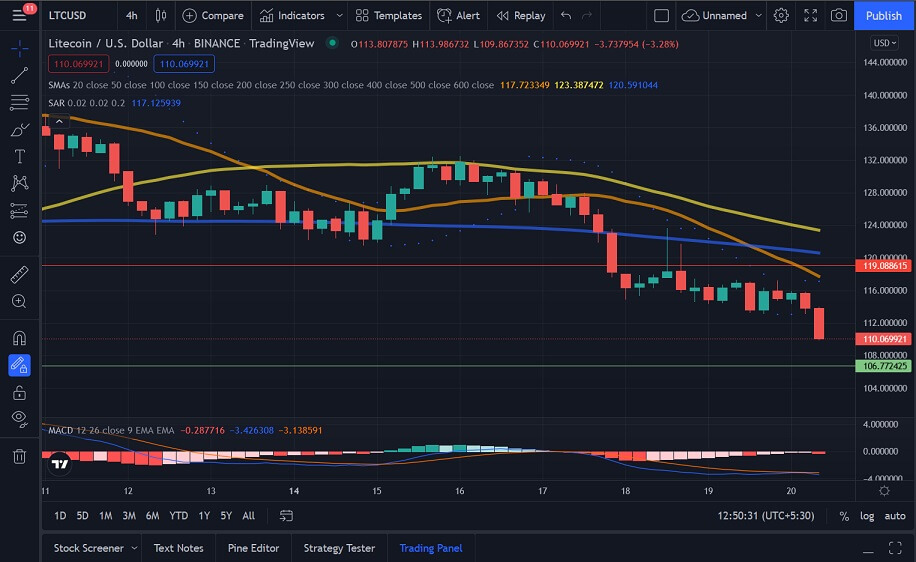 Looking at the Litecoin price chart, we see that LTC has been extremely bearish during the week and is down by almost 5% during the current session. If the current sentiment persists, we could see LTC drop below $110.

How To Trade Litecoin With $100

15 Reasons Why You Should Invest in Litecoin

Will Litecoin Make Me Rich in 10 Years?