Litecoin Technical Analysis: LTC Pushes Back Above $105 After Slipping Below $100 On Monday

The Litecoin price was quite bullish during the previous weekend, rising by over 7% on Saturday and then registering a marginal drop on Sunday to end the weekend at $146.52. The price was back in the green on Monday, as it rose to $151.25, but with the 50-day SMA acting as resistance, the price fell back on Tuesday, dropping over 6% and settling at $141.53. Wednesday saw LTC slip below the 20-day SMA, falling to $136.24 and then registering a drop of nearly 5% on Thursday, dropping to $129.94. 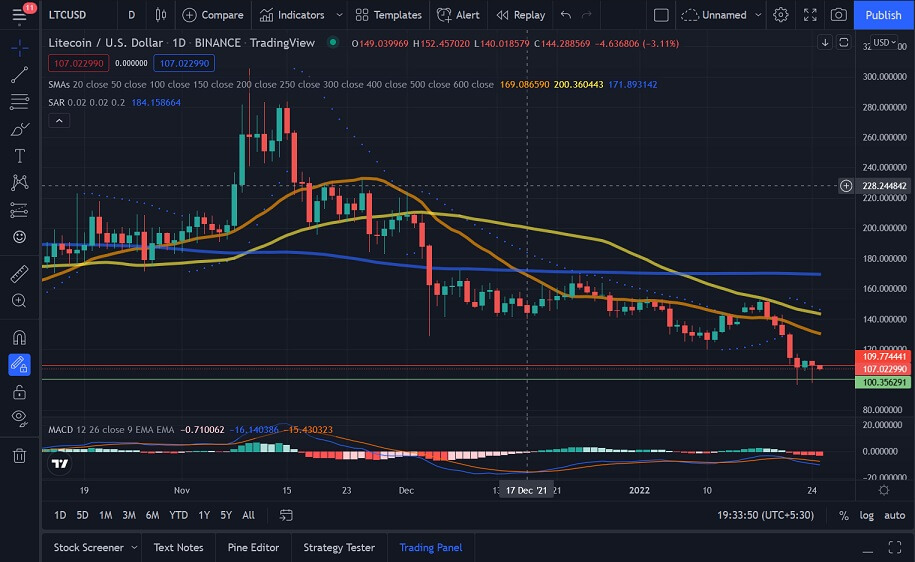 We can see that the MACD is currently bearish, but if the price manages to move above $110, we could see it flip to bearish.

IntoTheBlock’s IOMAP for the Litecoin price shows that LTC faces strong resistance at around $109.20. At this price level, over 65,000 addresses have sold more than 2.6 million LTC. 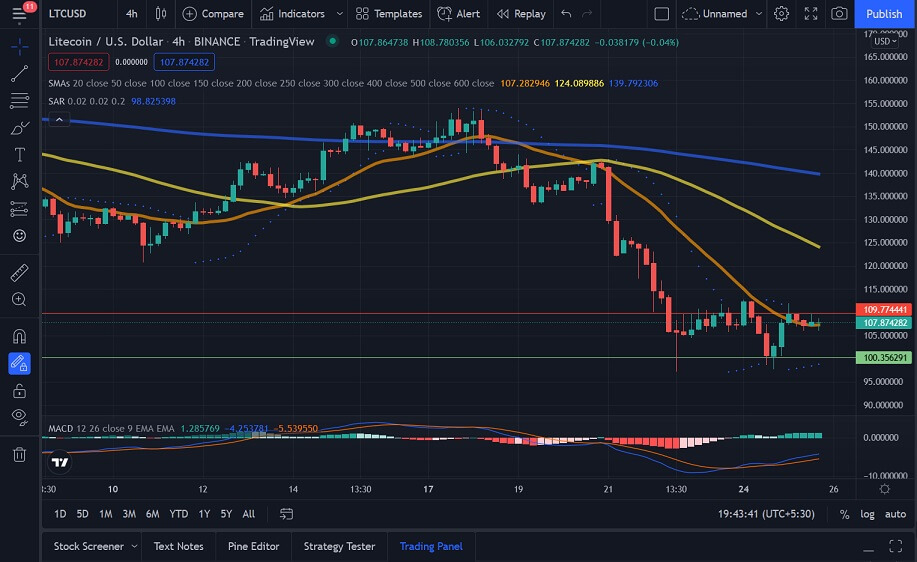 Looking at the Litecoin price chart, we see that LTC is still down by 1% during the ongoing session. However, the price has clawed back from a low of $105 to climb to its current level of $108. If the current sentiment persists, we could see LTC move to $110.