The Ripple price is looking to push above the 20-day SMA and push to $0.80 as buyers struggle to take control of the ongoing session. XRP had registered a sharp drop on Thursday, as the price dropped to $0.76 after a fall of nearly 4%. However, Friday saw the price recover, as it rose by 0.66% to $0.77. Saturday registered yet another marginal increase, with XRP rising by 0.80%. The current session sees XRP move between $0.77 and $0.78, with buyers and sellers vying to establish control.

The Ripple price started the previous weekend on a fairly bearish note, as the price dropped by 2.15% on Friday, falling to $0.76. The price continued to drop on Saturday, dropping by 2.33%, before recovering on Sunday and settling at $0.75. On Monday, the price fell back in the red, dropping to $0.73, but made a strong recovery on Tuesday, rising over 4% and moving to $0.77. XRP continued to push higher on Wednesday, registering an increase of 3.69% and settling at $0.79. 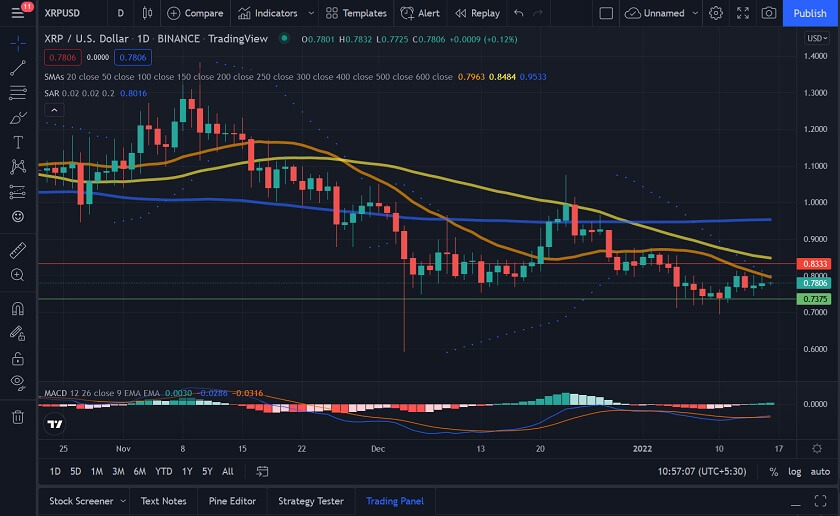 After pushing to $0,79, the Ripple price was unable to push to $0.80, as sellers forced the price down significantly on Thursday. XRP registered a drop of nearly 4% on Thursday, as it fell to $0.76. The price was back in the green on Friday, rising by 0.66%, and then by 0.80% on Saturday to settle at $0.77. The current session sees XRP presently at $0.78, as it registers a marginal increase. 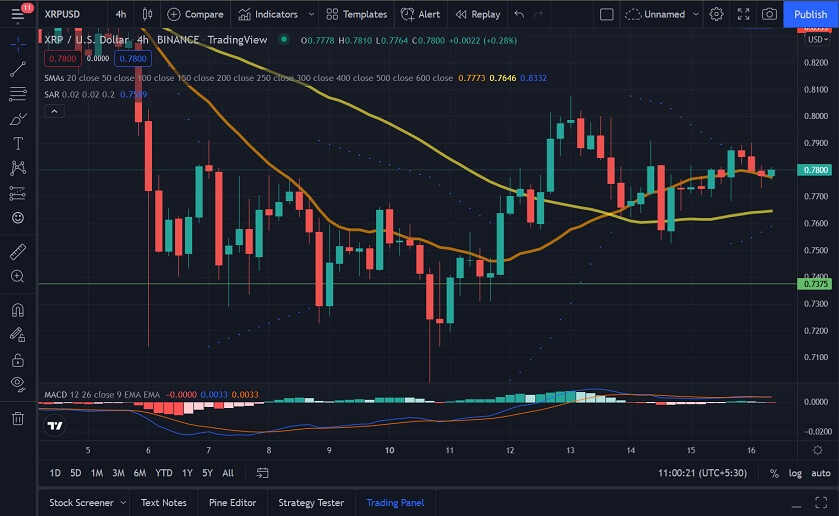 We can see that the Parabolic SAR is currently bullish, indicating that we could see the price push higher. However, we can also see that the MACD has flipped to bearish.

Looking at the Ripple price chart, we see that the current session is witnessing significant back and forth between buyers and sellers. If buyers can take control of the session, we could see XRP push to $0.80. However, if sellers retake the session, the price could drop to $0.75.