The Ripple price has managed to register a recovery during the ongoing session, with XRP up by nearly 4% at the time of writing. XRP has been incredibly bearish during the week and had dropped by 2.47% on Thursday. Friday saw the biggest drop XRP had experienced in a while, dropping by over 11% and settling at $0.63. On Saturday, the price continued to drop as XRP fell below the $0.60 level and dropped to $0.59 before recovering during the ongoing session. 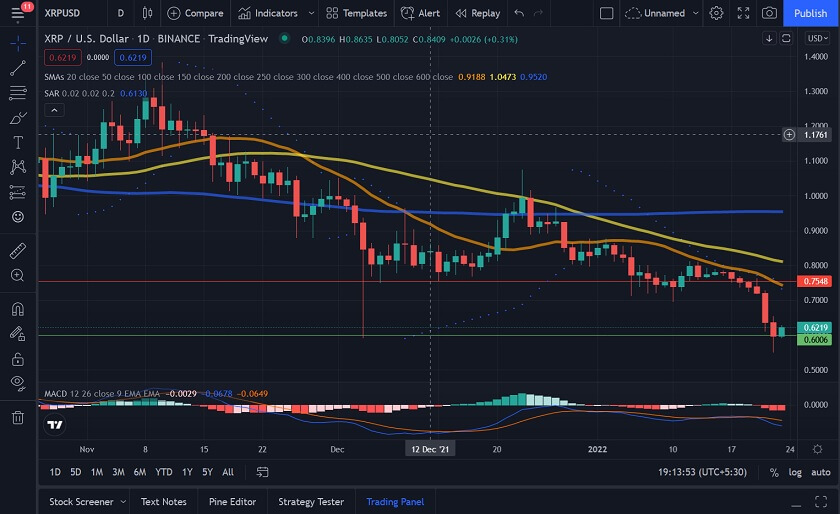 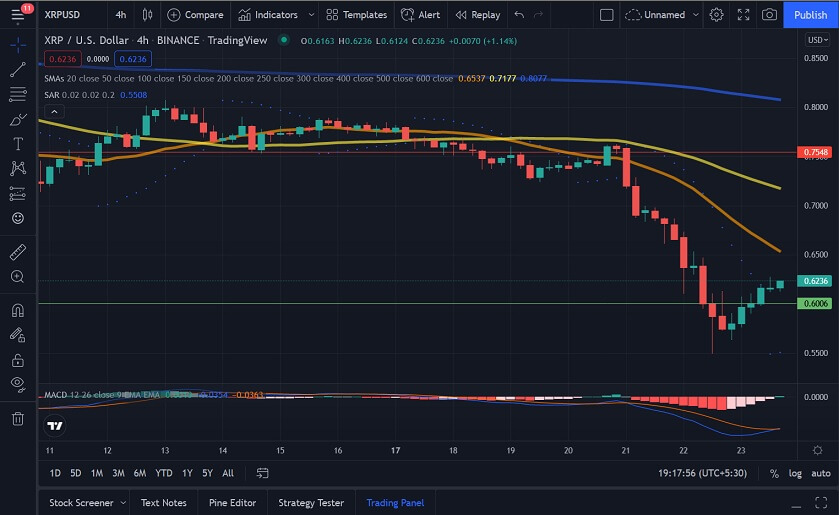 Looking at the Ripple price chart, we can see that XRP has made a substantial recovery during the current session. If buyers are able to maintain the current sentiment, we could see XRP push to $0.65.