The Ripple price has gotten off to an extremely strong start during the current week, as buyers look to push the price to $0.90. XRP had dropped to $0.79 on Friday, after dropping by 1.03%. However, the price recovered well on Saturday, rising by almost 4% and settling at $0.82. XRP continued to push higher on Sunday, ending the weekend at $0.83, before pushing past the 20-day SMA during the ongoing session and moving to $0.88. 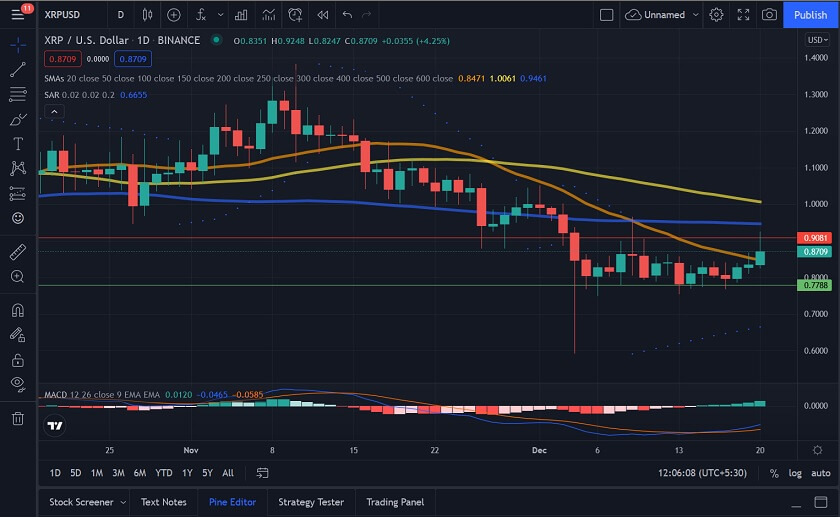 We can see that the Parabolic SAR is currently bullish, indicating we could see the price rise. 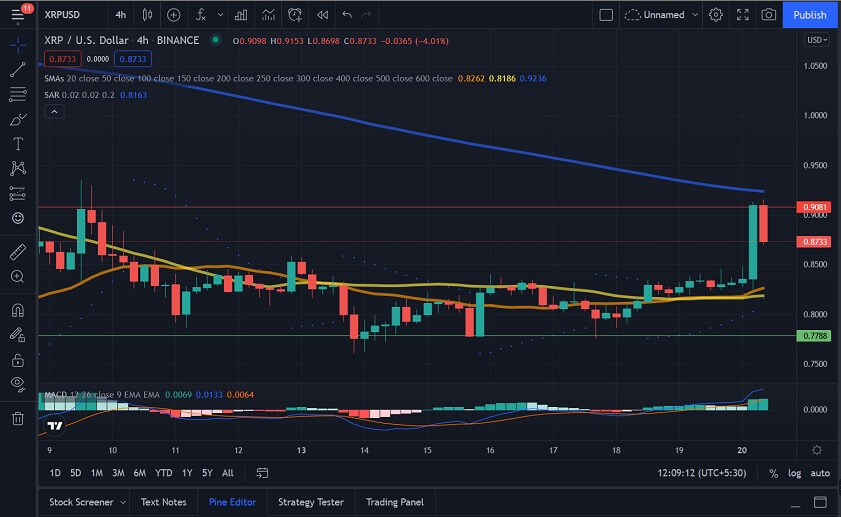 Looking at the Ripple price chart, we see that XRP has made a strong start to the current week. If the current sentiment persists, we could see XRP push to $0.90.