The Ripple price is down during the ongoing session, as XRP failed to move above $0.62 despite a fairly positive start to the week. XRP had started the weekend on a fairly positive note but fell back on Sunday, dropping by 2.49% and settling at $0.60. The price recovered on Monday, rising by nearly 3%, and then rising by 1.70% on Tuesday to move up to $0.62 before dropping back during the ongoing session.

Ripple Price chart Indicates XRP Could Drop Back To $0.60

The Ripple price started the previous weekend in the red, dropping by over 6% on Saturday and falling to $0.59. However, the price recovered on Sunday, rising by over 5% and ending the weekend at $0.62. Monday saw XRP back in the red, as the price fell to $0.61 before registering a marginal recovery on Tuesday and rising by 0.87%. Wednesday saw XRP register another marginal recovery, before dropping back on Thursday, falling by 1.57% and settling at $0.60, before registering another minor recovery on Friday and rising by 0.30%. 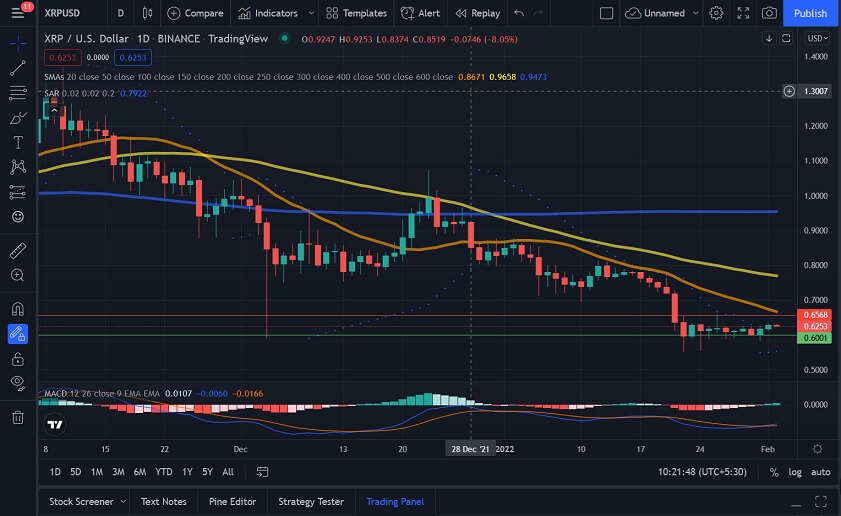 The weekend started with the positive sentiment persisting, as the Tron price rose by 1.01% on Saturday, moving to $0.61. However, the price fell back on Sunday, dropping by over 2% and ending the weekend at $0.60. Despite the bearish end to the weekend, XRP was back in the green on Monday, rising by nearly 3% and moving to $0.61. The price continued to push higher from this level, rising to $0.62 on Tuesday. The current session sees XRP down marginally, as sellers look to push the price lower.

We can see that the MACD has flipped to bullish, indicating that we could see the price recover. 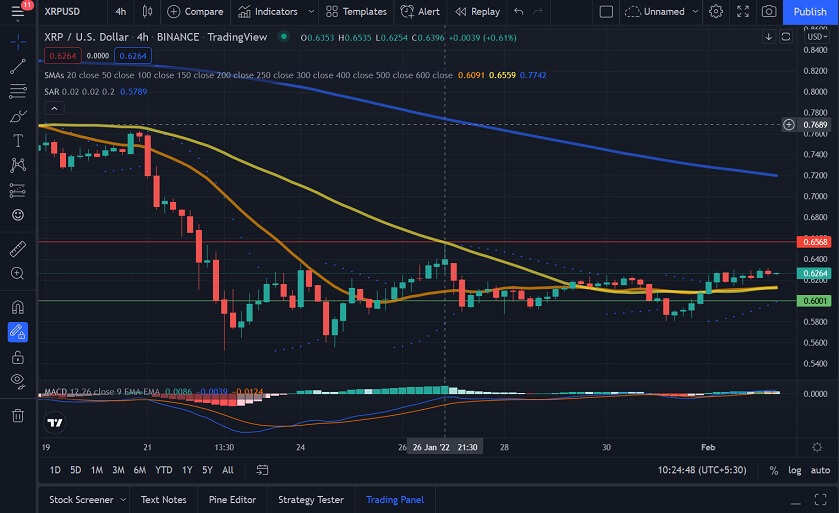 We can see that the Parabolic SAR is currently bullish, indicating that we could see the price push higher. However, if XRP drops, we could see it flip to bearish.

The Ripple price chart shows us that XRP is marginally down during the ongoing session, as sellers try to push the price lower. If the current sentiment persists, we could see XRP drop back to $0.60.