The Ripple price continued to drop as sellers maintained their grip during the current session. XRP has taken a bearish turn since the previous week and registered a drop of over 5% on Wednesday. Although it did recover on Thursday, by Friday, XRP had dropped to $1.18. The weekend did not see much movement, but the price fell on Monday, falling to $1.17. The current session sees the price firmly in the red, as sellers push the price towards $1.05.

The Ripple price started the previous weekend on a bearish note, as the price registered a marginal drop on Saturday. XRP recovered on Sunday, as it pushed up by almost 6% on Sunday, ending the weekend on a positive note. The bullish sentiment persisted on Monday, with the price rising by 5.04% and moving up to $1.28. However, after reaching this level, the price took a bearish turn, dropping by 1.95% on Tuesday. Wednesday saw a significant drop, with XRP falling by 5.17%, slipping to $1.19. XRP did recover on Thursday, as it pushed up by 1.95% to settle at $1.21. 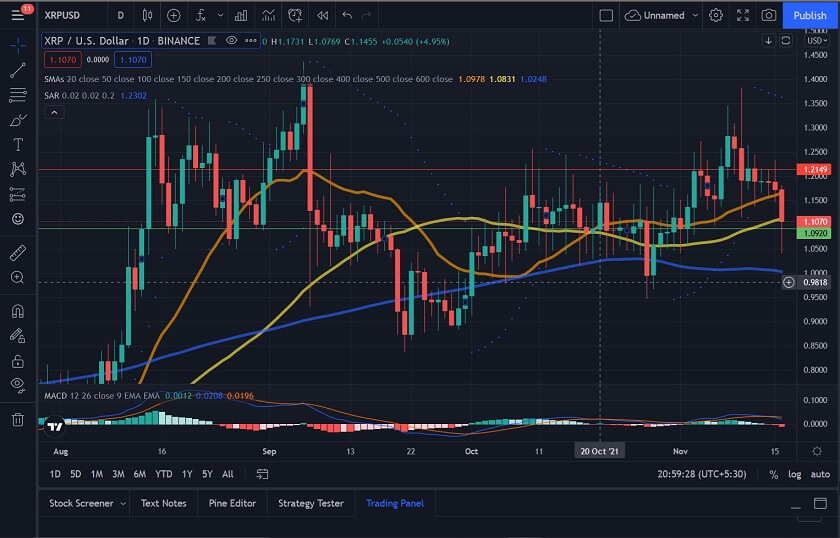 After Thursday’s recovery, the Ripple price fell back on Friday, as sellers took control of the session, dropping the price down to $1.18. The weekend did not see much movement, as the price registered a marginal drop on Saturday before dropping back on Sunday to end the weekend at $1.18. The current week started with the price still in the red, as XRP dropped by 1.27% on Monday. The current session sees the price down by over 5%, having slipped below the 20 and 50-bar SMAs to its current level of $1.10. 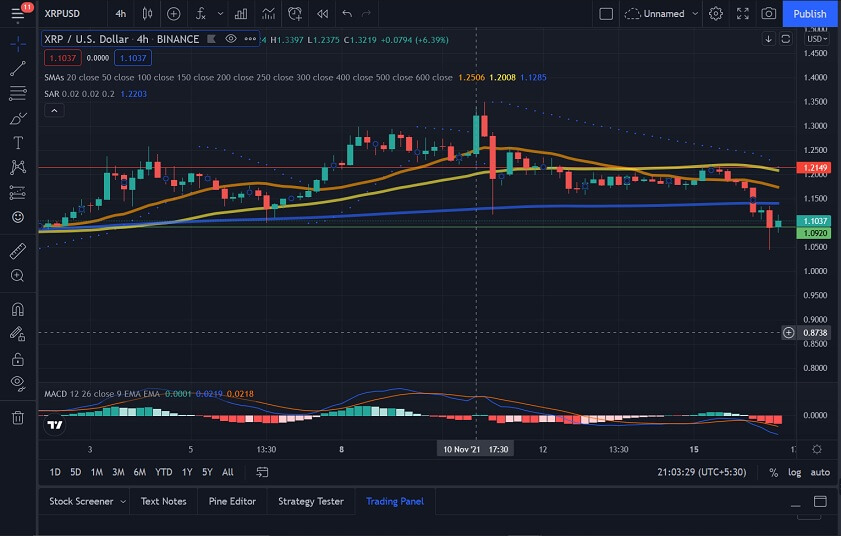 Looking at the Ripple price chart, we can see that XRP has dropped sharply during the current session, slipping below the 20 and 50-bar SMAs. If the current sentiment persists, then we could see the price drop to $1.05.