The Ripple price dropped below $0.60 during the ongoing session, as sellers pushed the price down significantly on Wednesday. XRP had started the week on a fairly bearish note, dropping by 2.49% and falling to $0.60 on Sunday. The price managed to recover on Monday, rising by 2.61% and then rising by 1.70% on Tuesday and moving to $0.62. However, Wednesday saw the price drop back significantly, falling over 4% and dropping to $0.60, before slipping below $0.60 during the ongoing session.

The Ripple price was quite bearish at the start of the previous week, dropping by nearly 3% and falling to $0.61. The price recovered on Tuesday, pushing up by over 0.87% and settling at $0.61, before registering a marginal increase on Wednesday. XRP fell back on Thursday, dropping by nearly 2% and dropping to $0.60, before registering a marginal recovery on Friday and moving to $0.61. XRP continued to push higher on Saturday, starting the weekend on a positive note and rising by just over 1%. 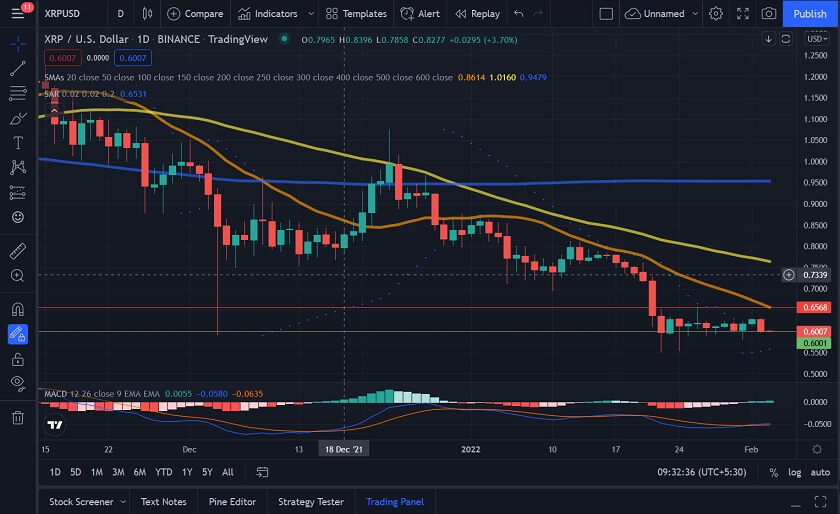 After starting the weekend on a positive note, the Ripple price fell back, dropping by 2.49% on Sunday and ending the weekend at $0.60. However, XRP was back in the green on Monday, rising by nearly 3% and moving to $0.61. XRP continued to push higher on Tuesday, moving to $0.62, before dropping back on Wednesday, falling by over 4% and settling at $0.60. The current session sees XRP marginally down, as sellers look to push the price below $0.60.

We can see that the MACD is bullish, indicating that we could see XRP recover. 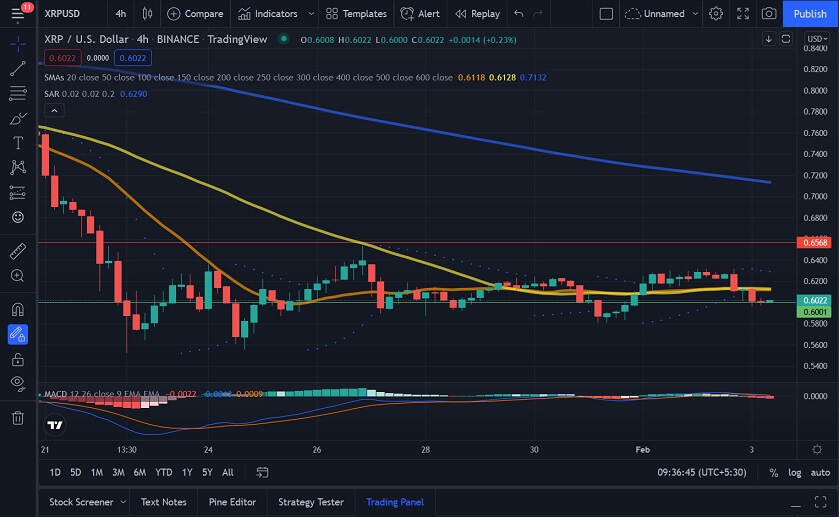