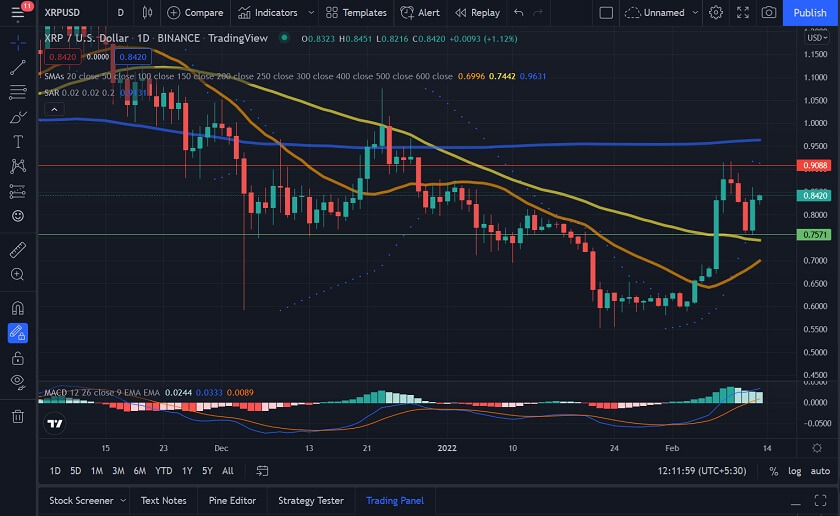 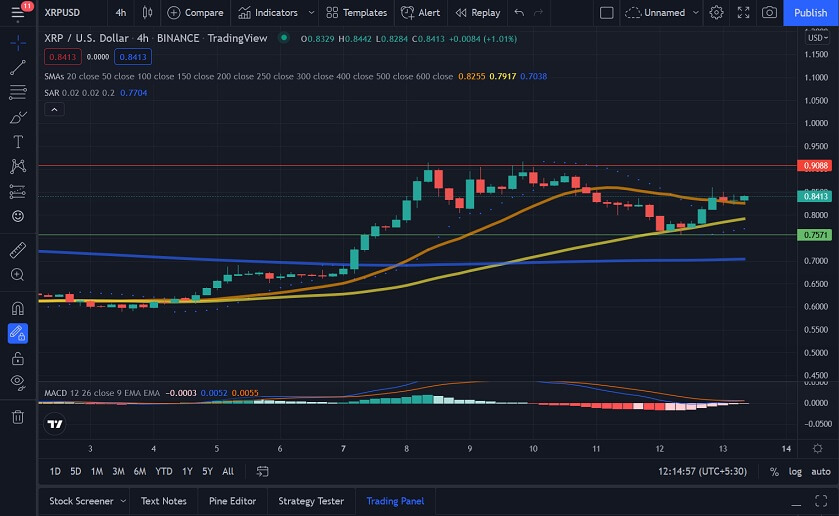 We can see that the Parabolic SAR is currently bullish, indicating that the price could push higher. If XRP continues to go higher, we could see the MACD also flip to bullish.

Looking at the Ripple price chart, we see that XRP has been relatively bullish over the past couple of sessions. If the current sentiment persists, we could see XRP push above $0.85.