The Ripple price started the previous week on a fairly bullish note, as it rose to $0.99, pushing above the 200-day SMA. XRP continued to rise on Tuesday, rising by 0.88%. However, XRP could not push past this level and dropped by 0.91% on Wednesday. The bearish sentiment persisted on Thursday, with XRP dropping by 1.79%. Friday saw XRP slip below the 200-day SMA, when the price dropped by 5.19%, slipped below the 200-day SMA, and settled at $0.92. The weekend saw the bearish sentiment intensify, as XRP fell by over 8% and dropped to $0.84. 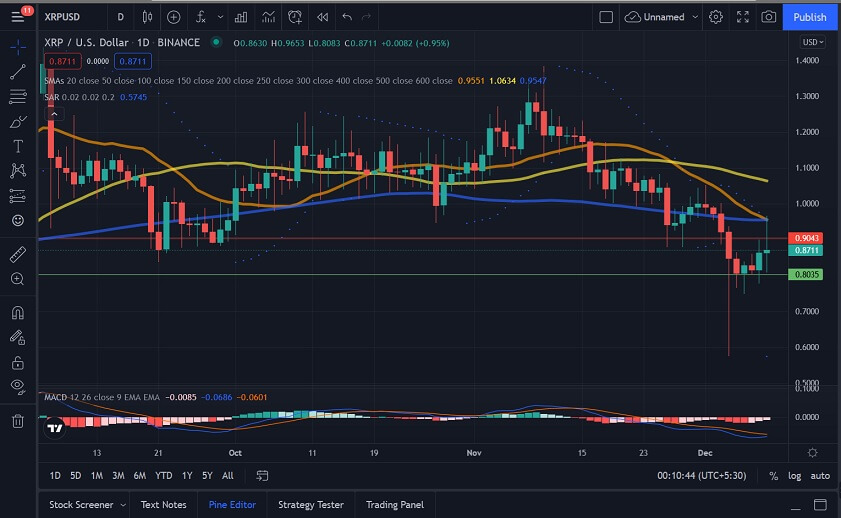 After dropping to $0.84 on Friday, the Ripple price continued to drop on Sunday, falling to $0.80. However, XRP pushed back up on Monday, rising by 2.68% and settling at $0.82. However, Tuesday saw the price fall back, dropping by 1.35%, before surging by almost 6% on Wednesday and settling at $0.86. The current session sees XRP up to $0.87, as buyers and sellers look to retain control. 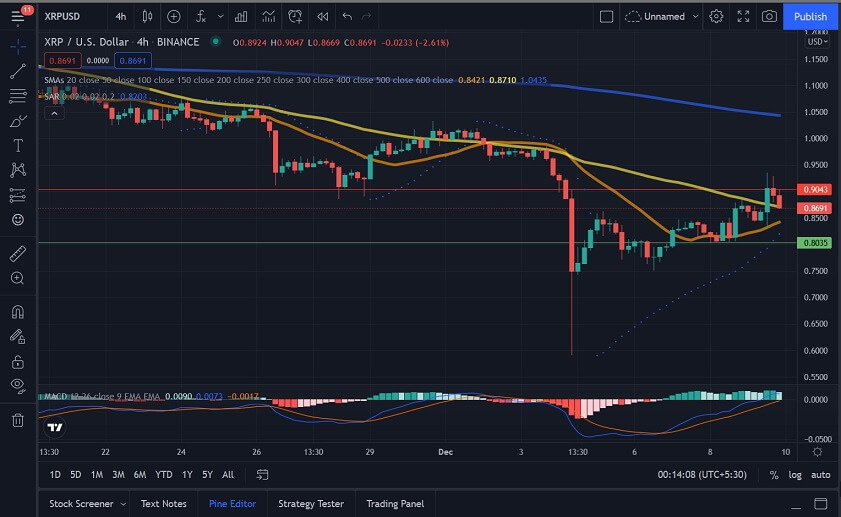 We can see that the MACD is currently bullish, indicating that the price could further push up.

In a recent interview, former Goldman Sachs executive Raoul Pal explained why he had invested in XRP shortly after the SEC filed a lawsuit against the firm.

According to a report by The Daily Hodl, Pal said he had two main reasons for investing in XRP:

“I bought it for the reason that A) It does have use cases and it is being used, and B) The court case is a phenomenal risk/reward.

Before founding Global Macro Investor (GMI) in 2005, Pal co-managed the GLG Global Macro Fund in London. Before that, Pal worked at Goldman Sachs, where he co-managed the European hedge fund sales business in Equities and Equity Derivatives. Currently, he is the CEO of finance and business video channel Real Vision, which he co-founded in 2014.

In related news, popular pseudonymous crypto analyst “Credible Crypto” told his over 278K Twitter followers that the XRP “bottom is in." He said:

“As per my last update- a failure to reclaim RED sent us down to daily demand in what ended up being a major liquidation event across the entire market. We ended up holding daily demand despite the liq wick to the downside. Key swing lows were swept. Bottom is in imo.”

BitFury CEO: If XRP Is A Security, List It On U.S. Exchange

In a recent meeting with Congress, crypto CEOs from various companies tried to convince Congress to separate crypto from the traditional financial framework and treat it like another type of asset.

The former CLO of Coinbase, Brian Brooks, suggested that Congress list XRP on any legal US exchange if regulators like the SEC are willing to treat it like a security without limiting its functionality and work.

Brooks used the XRP example to point out the issue with putting crypto assets under the traditional financial regulatory framework. To treat crypto like securities, a regulator would have to gain control over a digital asset to protect US investors. This is impossible due to the decentralized nature of some tokens.

According to Brooks, regulators and officials should treat digital assets as what they are instead of pushing them through the boundaries of currently existing definitions. Digital assets have a value that people are ready to pay for, and they also represent some underlying activity, the BitFury CEO stated.

Brooks also added that Congress should let crypto "in," referring to making regulations more tolerant toward crypto and stopping the limits on its functionality in the economic space since they do not pose any threat to the economy of the US.