The Shiba Inu price registered a marginal fall during the current session, as sellers look to push the price further down. SHIB has been bearish for most of the current week, although it had started the current week on a bullish note, rising by 0.55% on Monday. Tuesday saw a drastic drop as SHIB fell by almost 10%, dropping to $0.000048. The price continued to remain in the red on Wednesday, registering a drop of 0.35%. 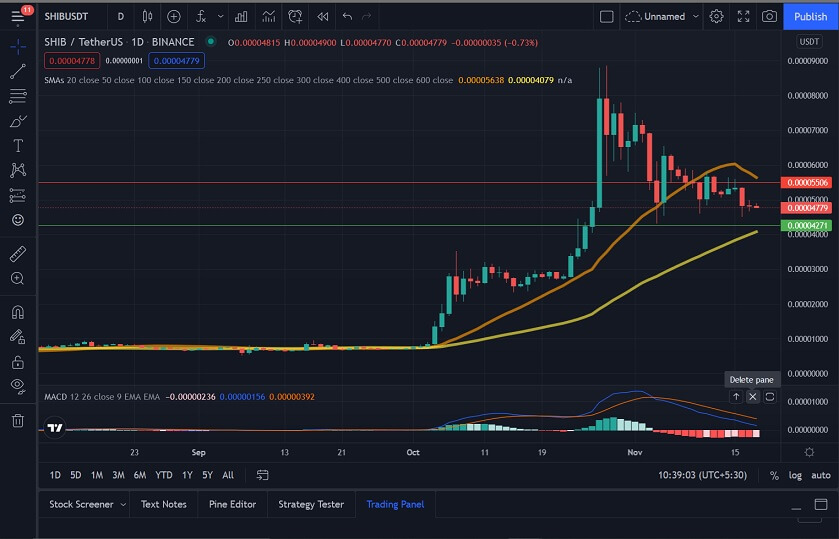 The Shiba Inu price continued to drop over the weekend, as it fell by 1.28% on Saturday. However, the price recovered on Sunday, as it pushed up to $0.000053, registering an increase of almost 3%. Monday saw another marginal increase, as the price pushed up by 0.55%, before dropping by almost 10% on Tuesday as the price slipped to $0.000048. Wednesday saw the price remain bearish, registering a marginal drop, while the current session sees the price at $0.000047.

We can see that the MACD is still bearish, indicating that the price could drop further during the current session.

Looking at IntoTheBlock’s IOMAP for the Shiba Inu price, we can see that SHIB faces strong resistance at around $0.000055. At this price level, more than 22,000 addresses have sold over 26,338 billion SHIB. 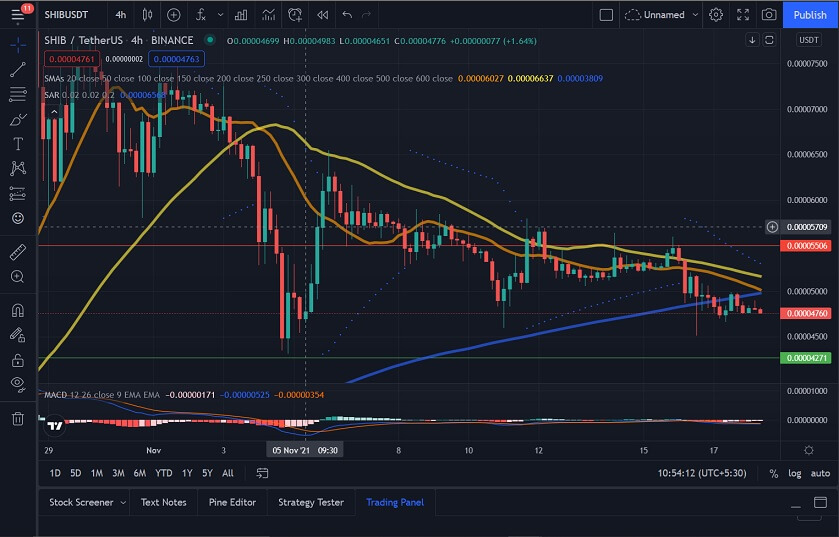 ZenGo, the first keyless non-custodial crypto wallet, has added support for the Shiba Inu cryptocurrency, according to a recent announcement. The wallet’s users can now trade and hold the hottest meme coin.

"We’re excited to be one of the first crypto wallets to support SHIB, especially because of its vibrant, creative, and enthusiastic community."

Dealing with passwords, seed phrases, and private keys might be intimidating for novice users. ZenGo wallets are generated with the help of facial biometrics, which is marketed as the main selling point of the app.

The company’s founders claim that such an approach could solve the existing problems related to storing crypto. The Israeli startup raised $20 million during its Series A funding round in April. Samsung Next, the tech giant’s venture capital fund, was among ZenGo’s most notable backers.

Adam Aron, CEO of AMC Theaters, recently announced that the biggest cinema chain in the world would start accepting SHIB within the next 120 days. BitPay will enable AMC to process transactions.

Looking at the Shiba Inu Price chart, we see that SHIB continues to be bearish during the current sentiment. If the price continues to drop, we could see SHIB settle at around $0.000045.