The Shiba Inu price fell back during the ongoing session, as sellers pushed SHIB back below $0.000030. After a significant drop on Thursday, SHIB recovered on Friday, rising by almost 4% and settling at $0.000030. Saturday saw a marginal increase before SHIB fell back into the red on Sunday, dropping by 1.10%, with the 20-day SMA coming into play as resistance. The current session sees SHIB down over 3%, with the price having slipped below $0.000030. 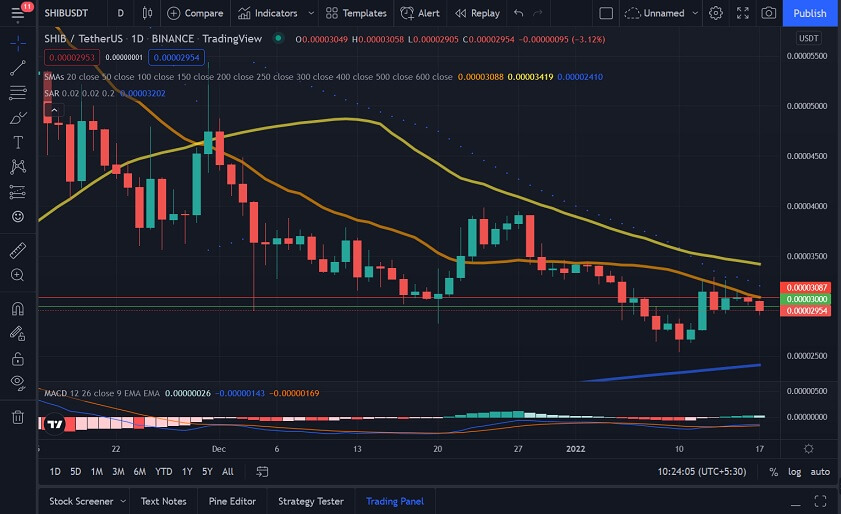 We can see that the Parabolic SAR is currently bearish, indicating that we could see SHIB drop further. 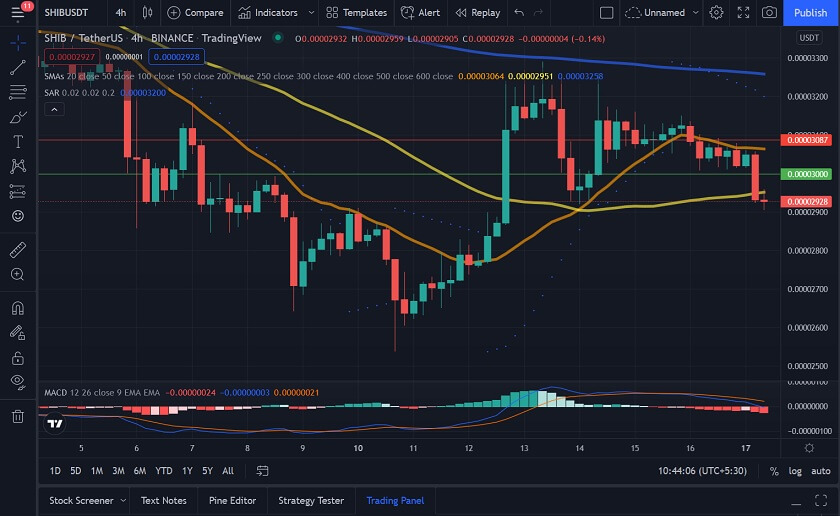 The Shiba Inu community continues burning millions of SHIB tokens on a daily basis, making the circulating supply of the second-largest canine cryptocurrency shrink. Over twenty-four hours recently, a total of 21,104,209 SHIB were burned, as reported by the @shibburn Twitter account.

By now, slightly over 41% of the SHIB supply in circulation has been burned. Twitter user @shibburn has also announced they have launched a new website that offers data on SHIB burn transactions and has a link to etherscan to confirm them as well.

"I hope you like the new website. As you may have noticed, the links on Twitter have changed and now directs you to the Shibburn site. Same transaction info and the link to Etherscan is on there."

WhaleStats blockchain tracker shared the news that the number of crypto wallets holding Shiba Inu tokens surged to a new all-time high of 1,140,151 recently. That is still behind the number of wallets that hold another trending meme coin now – BabyDoge. Top BNB whales now hold a $3,921,073 worth of BabyDoge (that’s 1,021,210,347,125,265 tokens).

Looking at the Shiba Inu price chart, we see that SHIB has registered a significant drop during the ongoing session. If the current sentiment persists, we could see SHIB slip below $0.000029.