The Shiba Inu price has registered a marginal increase, as buyers look to push the price back to $0.000033. SHIB has had a fairly uneventful week after it had dropped by over 10% on Monday, dropping to $0.000036. The price pushed up from this level, rising by over 3% on Tuesday and settling at $0.000033. However, the price fell back on Wednesday, registering a marginal drop, before dropping by over 3% on Thursday and settling at $0.000032. 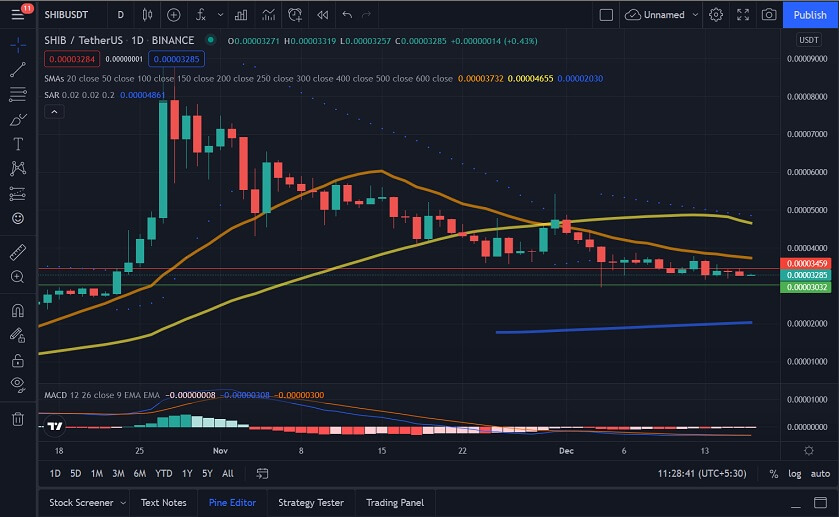 After dropping to $0.000033 on Friday, the Shiba Inu price pushed up over the weekend, as it registered an increase of 2.90% on Saturday and then rose over 6% on Sunday to end the weekend at $0.000036. The price dropped back on Monday, falling by over 10%, falling to $0.000032, before rising by over 3% on Tuesday to $0.000033. The price fell back on Wednesday, dropping marginally before a further drop of 3.25% on Thursday took the price down to $0.000032. The current session has seen a marginal increase, but we could see the price drop with the Parabolic SAR currently bearish.

Looking at IntoTheBlock’s IOMAP for the Shiba Inu price, we can see that SHIB faces strong resistance at around $0.000034. At this level, over 11,000 addresses have sold more than 41,744 billion SHIB. 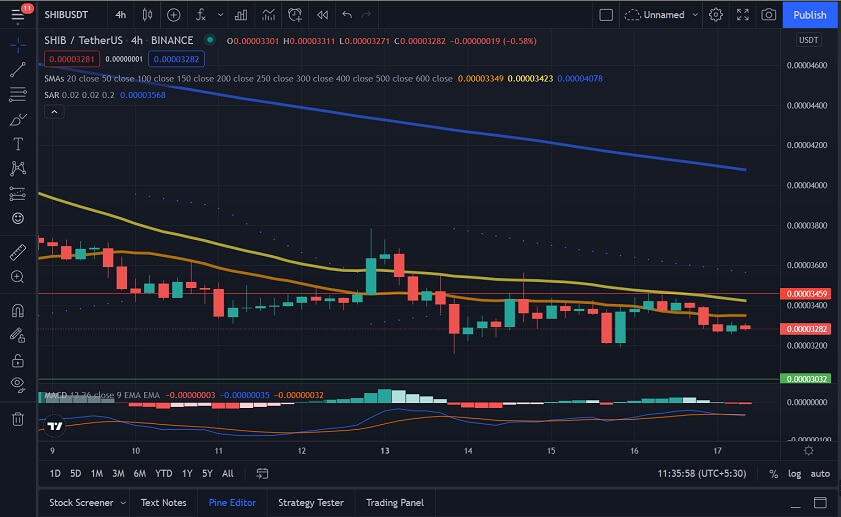 Spanish cryptocurrency trading platform Bit2Me has recently added support for Shiba Inu (SHIB) in response to user demand. According to an announcement Bit2Me published on Twitter, it listed Shiba Inu and labeled it one of the cryptocurrencies its users were most asking for.

The firm added that while its goal was to dethrone Dogecoin, it became one of the top cryptocurrencies in the world. Shiba Inu saw its popularity explode this year in a retail trading frenzy. It has been listed on numerous major trading platforms, including Coinbase, Binance, Kraken, and Bybit.

Shiba Inu’s adoption has also been steadily growing over the last few months, to the point, the number of addresses holding SHIB on the Ethereum blockchain recently surpassed the one million mark. According to blockchain data, 30,000 to 40,000 new addresses have been adding SHIB daily.

It’s worth noting the one million figure only reflects wallets on the Ethereum blockchain and not individual holders. One SHIB holder can, for example, hold dozens of wallets, while another wallet can have the funds of thousands of holders if they custody their funds on an exchange, for example.

Over 41% of the cryptocurrency’s supply has been burned so far, and the community behind SHIB keeps coming up with new initiatives to burn more tokens and reduce its circulating supply.

Looking at the Shiba Inu price chart, we see that SHIB has made a marginal recovery during the current session. If the current sentiment persists, we could see SHIB push to $0.000033, but if sellers take over, the price could drop to $0.000030.