Shiba Inu Price Analysis: SHIB Drops To $0.000033 After Bearish Start To The Week

The Shiba Inu price posted a marginal recovery during the ongoing session, as buyers look to push the price back towards $0.000035. SHIB had started the weekend on a fairly positive note, registering an increase of 2.90% on Saturday. SHIB continued to push up on Sunday, rising by over 6% and ending the weekend on a bullish note. However, on Monday, the price fell back as SHIB dropped by over 10%, falling to $0.000032.

The Shiba Inu price started the previous week on a slightly positive note, as it registered an increase of 1.52%. However, the price fell back on Tuesday, dropping by 1.41% and settling at $0.000036. On Wednesday, the see-saw price movement continued, with SHIB pushing up by just over 2% before falling back in the red on Thursday, dropping by over 6% and settling at $0.000034. 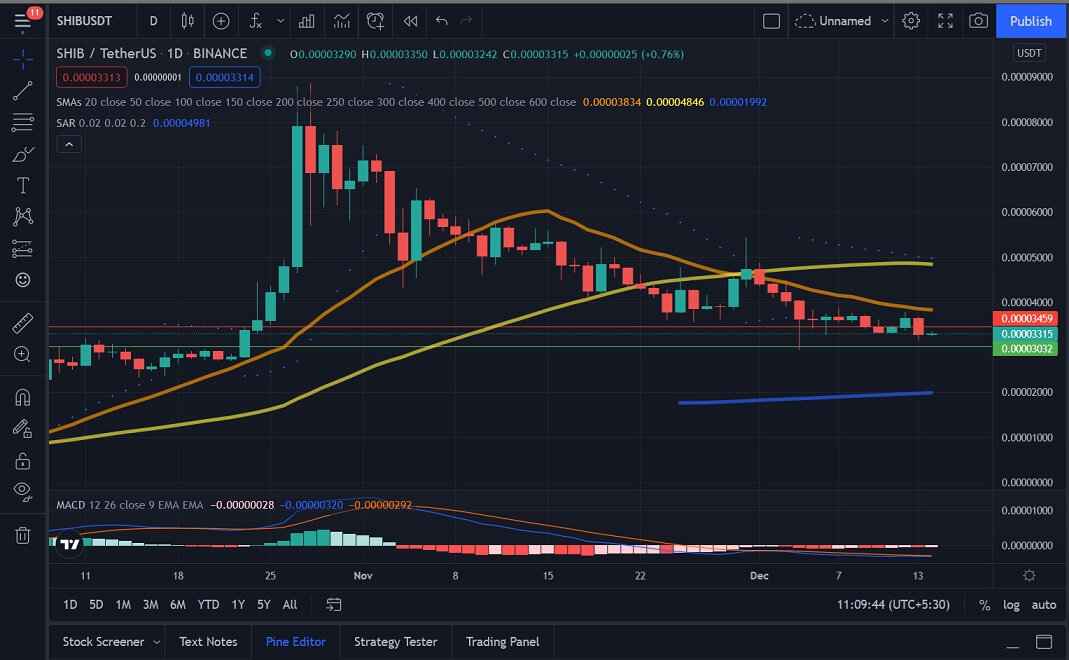 After dropping by over 6% on Thursday, the Shiba Inu price continued to drop on Friday, falling by 3.46% and settling at $0.000033. However, the weekend saw SHIB recover, with the price rising by almost 3% on Saturday and then registering an increase of over 6% on Sunday to end the weekend at $0.000036. However, Monday saw the price fall back, as SHIB dropped by over 10%, falling to $0.000032, before marginally pushing up during the ongoing session.

Looking at IntoTheBlock’s IOMAP for the Shiba Inu price, we can see that SHIB faces strong resistance at around $0.000034. At this price level, 12,000 addresses have sold more than 44,000 billion SHIB.

We can see that the Parabolic SAR and MACD have both flipped to bearish, indicating that we could see the price drop further. 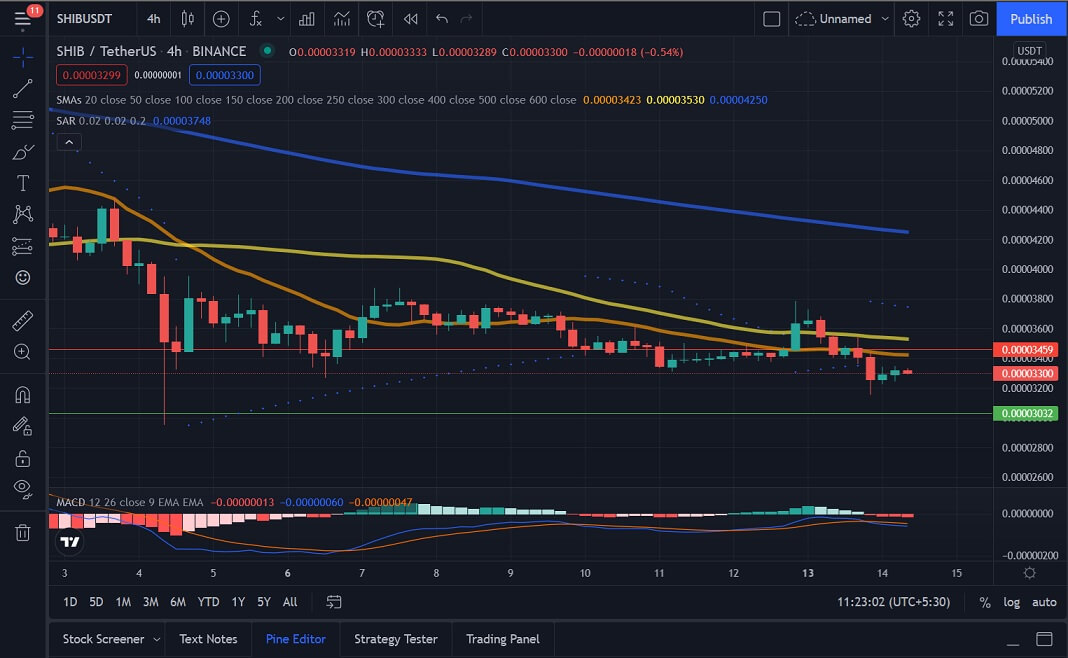