The Shiba Inu price started the previous week, registering a marginal increase on Monday. However, the price was back in the red on Tuesday, as it fell drastically by almost 10% and settled at $0.000048. Wednesday das SHIB remain in the red, as it registered a marginal drop before falling by almost 12% on Thursday, dropping to $0.000042. The price recovered on Friday, as buyers pushed the price up by over 14%, with SHIB settling at $0.000048. 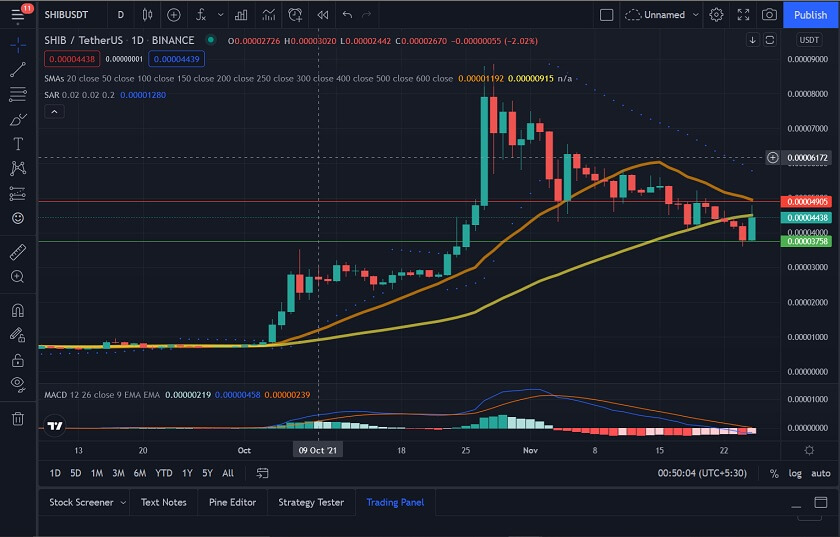 Despite the strong session on Friday, the Shiba Inu price fell back over the weekend, falling by 1.75% on Saturday and over 7% on Sunday to end the weekend at $0.000044. The bearish sentiment persisted on Monday as SHIB fell below the 50-day SMA before registering another drop of 3.12% on Tuesday. Wednesday saw SHIB slip below $0.000040, dropping to $0.000037 after registering a drop of almost 10%. However, SHIB has made a strong recovery during the current session, increasing by over 16%.

Looking at IntoTheBlock’s IOMAP for the Shiba Inu price, we can see that SHIB faces strong resistance at around $0.000049. At this price level, over 28,000 addresses have sold more than 10,000 billion SHIB. 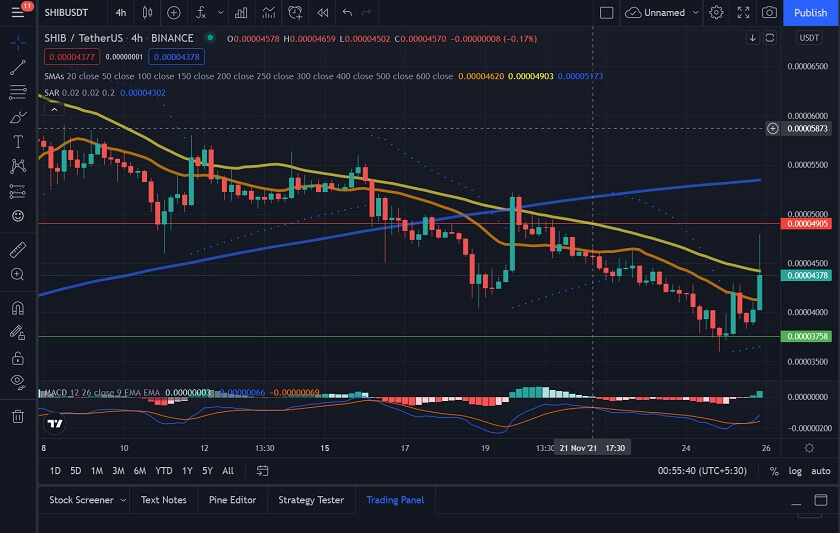 This Whale Has Acquired >800B SHIB

According to WhaleAlert, a cryptocurrency whale seems to be loading up on meme coin Shiba Inu (SHIB). The investor shelled out $36,890,600 to purchase over 850 billion SHIB tokens recently. The transaction appears to be either a private one or an over-the-counter (OTC) trade.

This investment stands out as it is contrary to the general trend of whales consolidating their positions into stablecoins and other prominent digital assets. Notably, SHIB has been declining for a while now. However, the whale may have a long-term view for investing as SHIB as the coin supporters expect it to climb higher soon.

Coinbase’s recent report on the cryptocurrency market indicated that the Shiba Inu had lost steam in the market. Coinbase’s data showed that SHIB had lost its place as the top volume driver on the exchange to Bitcoin and Ether. They noted that this was due to “the retail meme coin mania” cooling off in the market.

The strain the price of SHIB is experiencing is also reflected in other meme coins such as Dogecoin (DOGE) and Floki, which are also down from their recent local tops. Despite this, metrics also show that the Shiba Inu community is expanding as is the number of investors entering the market.

After experiencing a sharp drop recently, the number of SHIB holders has reached a new all-time high and surpassed the 1 million mark. The growing community has also come with various scams targeted at it. This made the developers of the meme coin warn community members to be wary of offerings of any kinds of promotions, including airdrops, bonuses, giveaways, or gifts on social media platforms.

Looking at the Shiba Inu price chart, we see that SHIB has made a strong recovery during the ongoing session. If the current sentiment persists, we could see SHIB push past $0.000045.