The Shiba Inu price continued to remain in the red, with SHIB registering a marginal fall and sellers looking to push it below $0.000033. SHIB had registered a drop of over 1% on Friday, falling to $0.000033. The price recovered over the weekend, rising to $0.000034 on Saturday, but fell back in the red on Sunday, registering a marginal drop. The current session sees SHIB back at $0.000033, with sellers looking to drive the price lower. 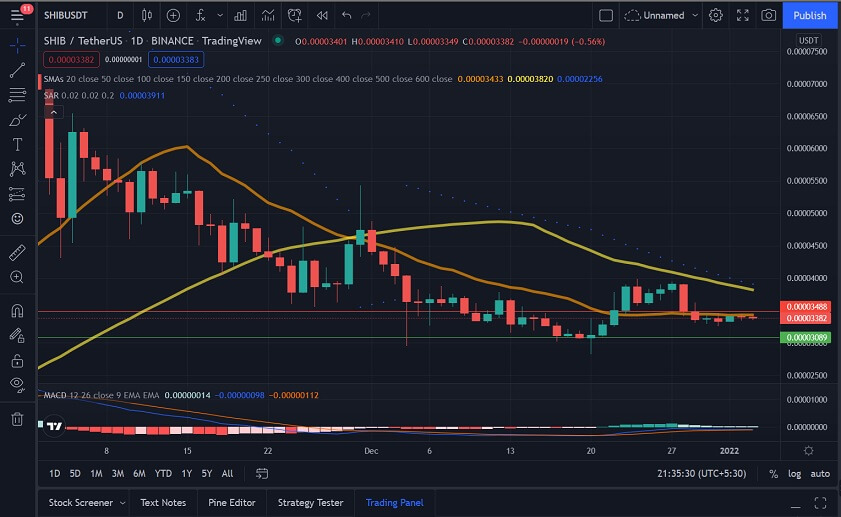 After dropping to $0.000033 on Wednesday, the Shiba Inu price registered a marginal recovery on Thursday. However, on Friday, SHIB fell back in the red, falling by 1.13%. The weekend saw SHIB push up by over 2% on Saturday, rising to $0.000034. However, SHIB was unable to move past the 20-day SMA and fell back on Sunday, registering a marginal drop. The current session sees SHIB continue to drop, with the price down by nearly 1%.

Looking at IntoTheBlock’s IOMAP for the Shiba Inu price, we can see that SHIB faces strong resistance at around $0.000034. At this price level, over 34,000 addresses have sold more than 49,000 billion SHIB. 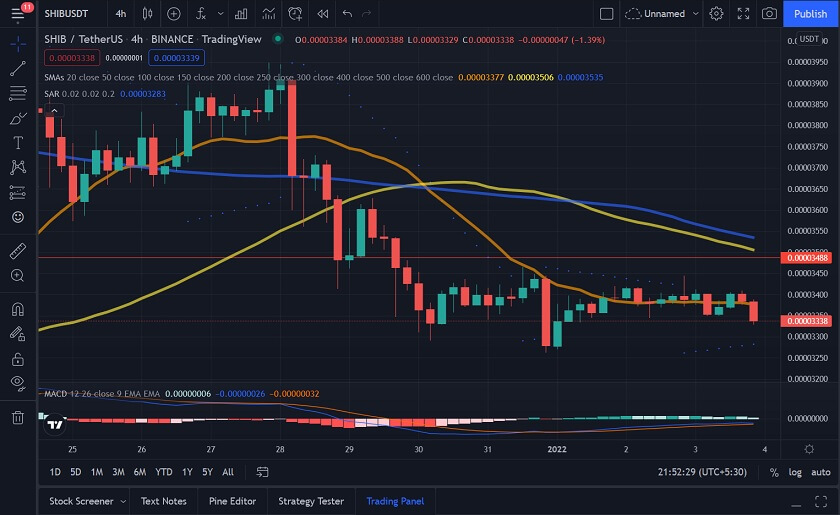 The top 100 Shiba Inu holders have likewise increased their portfolios as WhaleStats reports a 2.36% rise in the average SHIB balance of this category of investors. The average SHIB value has also grown along with the 24-hour volume in the last few days.

Shiba Inu's active addresses among the top 100 increased by 16.67% over 24 hours as SHIB upholds its place as the biggest token position by dollar value. The Shiba Inu network is also growing by welcoming more than 114,450 new users after reaching the one million mark a little over a month ago, bringing the current holder count to over 1,114,450.

As for fundamental growth, the number of holders is a key determinant of the asset's future.

Looking at the Shiba Inu price chart, we see that SHIB has been unable to push past the 20-day SMA, with the price in the red during the ongoing session. If the current sentiment persists, we could see SHIB slip below $0.000033.