The Shiba Inu price is looking to recover during the current session, as buyers and sellers struggle to control the session. SHIB had started the week on a fairly positive note, rising by over 2% on Monday and settling at $0.000039. The price fell back on Tuesday, dropping by over 10%, falling to $0.000034, before slipping below the 20-day SMA on Wednesday and settling at $0.000033. 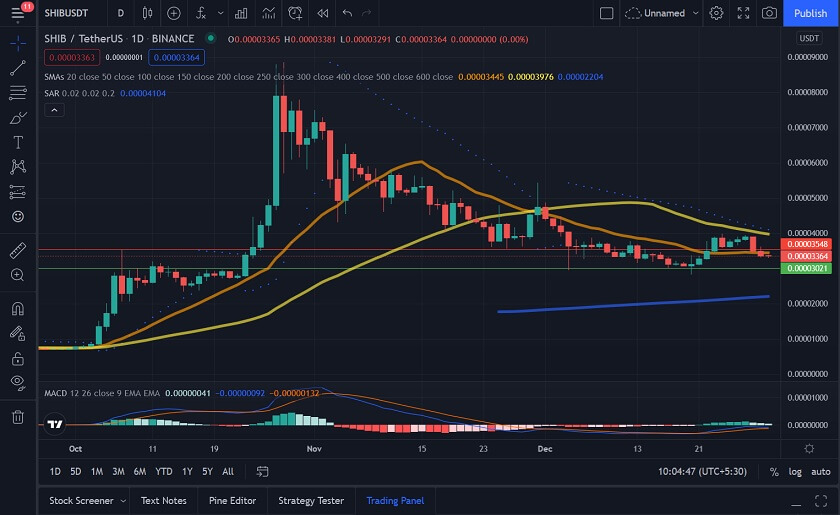 Looking at IntoTheBlock’s IOMAP for the Shiba Inu price, we can see that SHIB faces strong resistance at around $0.000035. At this price level, over 45,000 addresses have sold more than 25,000 billion SHIB.

The MACD and Parabolic SAR are currently bearish, indicating that the price could drop further. 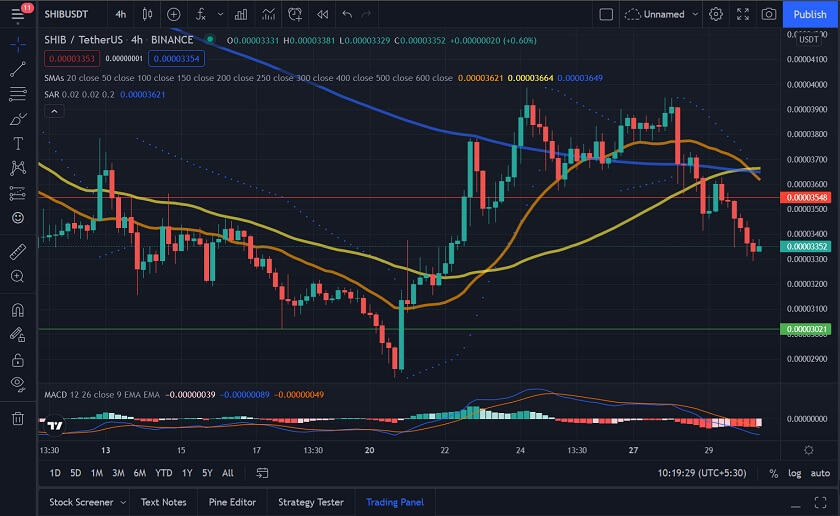 SHIB Pushes FTX Down From #1 Spot As Largest Holding Among Top 1,000 Whales

Recent data shared by WhaleStats shows that SHIB has retaken its number one position among the top 1,000 ETH whales' crypto assets by USD value. Before this, FTX did the same with SHIB, but now the meme cryptocurrency has struck back.

According to a recent tweet by WhaleStats, the 1,000 top Ethereum whales held $1,606,812,247 worth of FTX token, making it the top asset by dollar value. However, after WhaleStats' data went through a website update, SHIB returned to the highest position in these whales' wallets.

Still, the most widely held and traded token among these whales is UNI. WhaleStats has also shared that the army of SHIB holders has added a whopping 100,000 new users. Just a few weeks ago, this number hit the milestone of 1 million, and now the figure of the total SHIB owners stands at 1,100,357, according to the tracking project's website.

Looking at the Shiba Inu price chart, we see that SHIB has been extremely bearish during the current week. If sellers retain control, we could see the price drop below $0.000030 and fall towards $0.000030.