The Shiba Inu started the previous week on a very bullish note, as the price pushed up by over 15% on Monday. Tuesday saw another increase that pushed SHIB above the 20 and 50-day SMAs as it rose to $0.000047. However, after reaching this level, the price turned bearish, dropping by almost 7% on Wednesday and slipping below 20 and 50-day SMAs. SHIB continued to drop on Thursday and Friday, falling by 4.40% and 4.29%, respectively, to drop to $0.000040. 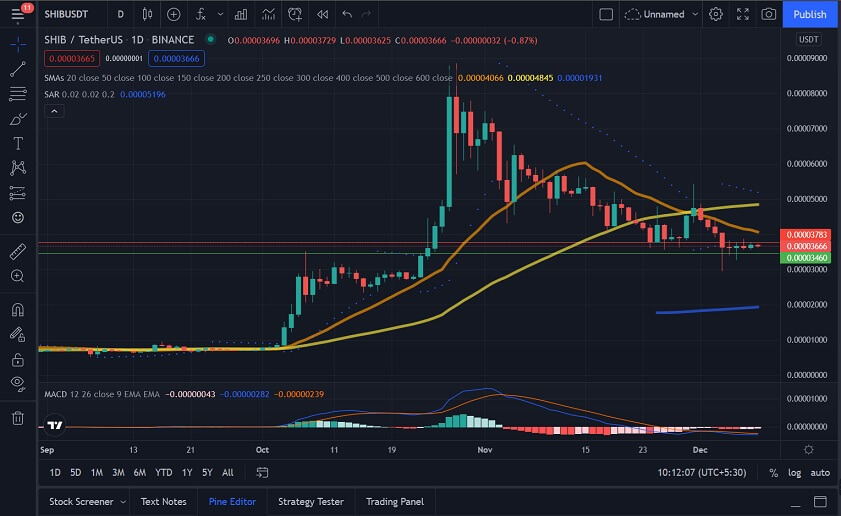 After dropping to $0.000040 on Friday, the Shiba Inu price dropped significantly over the weekend, as the price fell by almost 10% on Saturday, dropping to $0.000036, before registering another marginal drop on Sunday. The price pushed up on Monday, rising by 1.52%, but fell back on Tuesday, registering a drop of 1.41%; Wednesday saw another recovery, as SHIB rose by over 2%, before falling back during the ongoing session.

Looking at IntoTheBlock’s IOMAP for the Shiba Inu price, we see that SHIB has strong support at around $0.000034. At this price level, over 6600 addresses have bought more than 42,730 SHIB.

Currently, we can see that SHIB is at $0.000036, with the MACD currently bullish. However, if the price drops, we could see it flip to bearish. 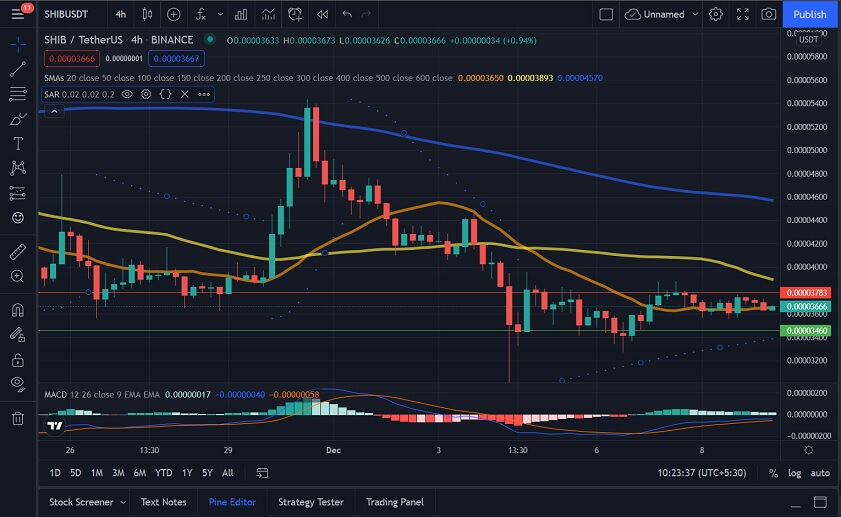 The Shiba Inu price chart shows that SHIB has not registered any significant movement during the ongoing week. SHIB has strong support at around $0.000034; we could see SHIB drop to this level before recovering.