The Shiba Inu price fell back during the current session, as the wait to push to $0.000040 continues. SHIB has been unable to move past the 50-day SMA so far. SHIB had registered a significant increase on Thursday, as the price rose by over 10% and settled at $0.000038. However, the price fell back on Friday, falling by over 6%. The weekend saw SHIB recover, as it rose to $0.000037 on Saturday and then to $0.000038 on Sunday. The current session sees buyers and sellers struggling for control, with the price marginally up. 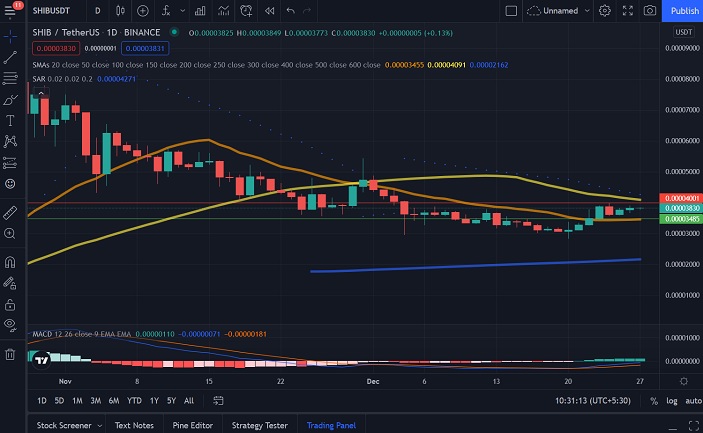 IntoTheBlock’s IOMAP for the Shiba Inu price shows us that SHIB has strong support at around $0.000034. At this price level, over 11,000 addresses have bought more than 55,300 billion SHIB. 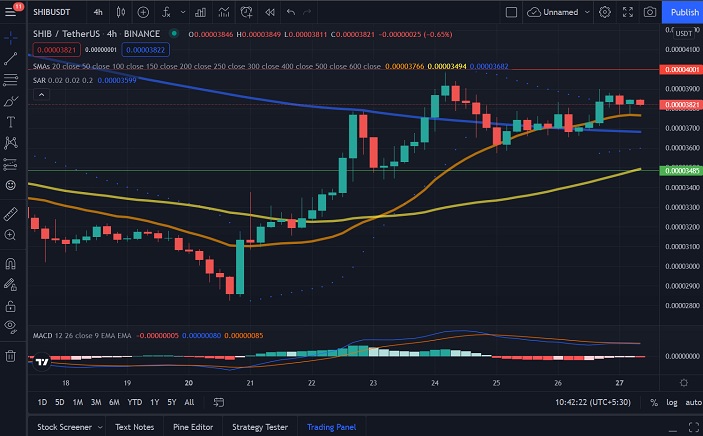 The Shiba Inu price chart shows us that SHIB has dropped marginally during the ongoing session, with buyers and sellers looking to control the session. If the price continues to drop, we could see SHIB drop towards $0.000035. However, if buyers retake the session, SHIB could push to $0.000040.