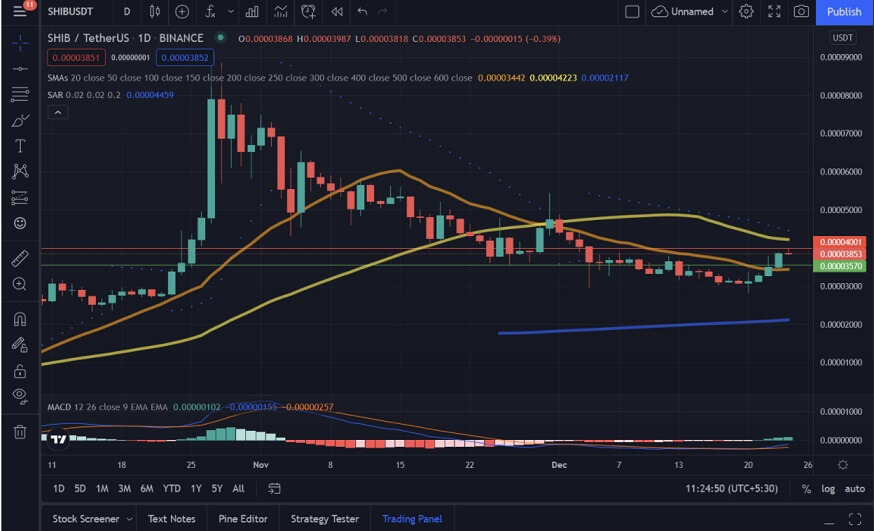 Looking at IntoTheBlock’s IOMAP for the Shiba Inu price, we see that SHIB has strong support at around $0.000035. At this price level, over 19,000 addresses have bought more than 58,142 billion SHIB. 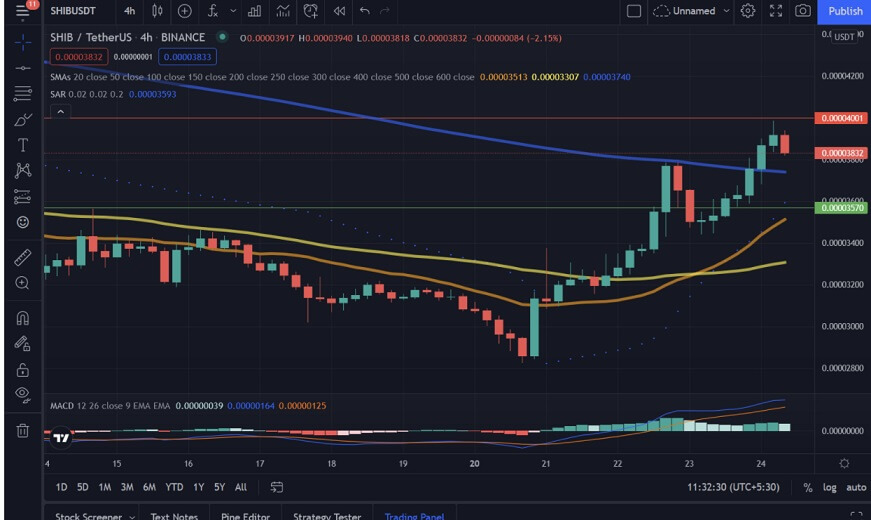 Ask The Doctor, a Canadian healthcare company that recently became a Shiba Inu promoter, singled out the account of Shiba army member and project lead Shytoshi Kusama, accusing them of also being a scammer.

In a flurry of controversy, Ask The Doctor stated that Shiba Inu is a scam, is headed to zero, and that the project was preparing for a rug pull. None of the claims were backed by evidence. The medical agitator stated that a lawsuit was pending so that the identity of the person behind the prominent Shiba Inu account ‘Shytoshi Kusama’ would soon be revealed.

"We will begin our initial lawsuit filing against @Shibtoken and @ShytoshiKusama. t’s our obligation to protect the crypto community from these potential scammers. We will get their identities.”

Following the threat, Shytoshi Kusama counter-punched with a thinly-veiled legal threat of their own.

“Tell your legal team that it is illegal to buy a verified account to use it to scam other people. Tell them it is illegal to take people’s money for a service you never provide. And if you REALLY want to come and get me…COME GET ME. It’s almost time anyway… I’m ready.”

After having shed around 10,000 followers in 24 hours, Ask The Doctor deleted all accusatory tweets.

Looking at the Shiba Inu price chart, we see that SHIB has dropped during the current session. If sellers can retain control of the session, we could see SHIB drop to its support level of $0.000035.