The Shiba Inu price is down by almost 8% during the ongoing session, as bears drove SHIB down considerably. SHIB had registered a sharp fall on Thursday, falling by almost 9% to $0.000028 and then registering a marginal drop on Friday. The weekend saw the bearish sentiment persist, as the price fell by over 2%, falling to $0.000027, before dropping below all three SMAs during the ongoing session.

The Shiba Inu price dropped by almost 7% on Friday, entering the previous weekend on a bearish note. SHIB recovered over the weekend, rising by 1.53% on Saturday and then rising by 3.40% on Sunday to end the weekend at $0.000030. However, the price fell back on Monday, falling by almost 2%, dropping to $0.000029, before making a relatively strong recovery on Tuesday, rising by almost 6% and moving to $0.000031. 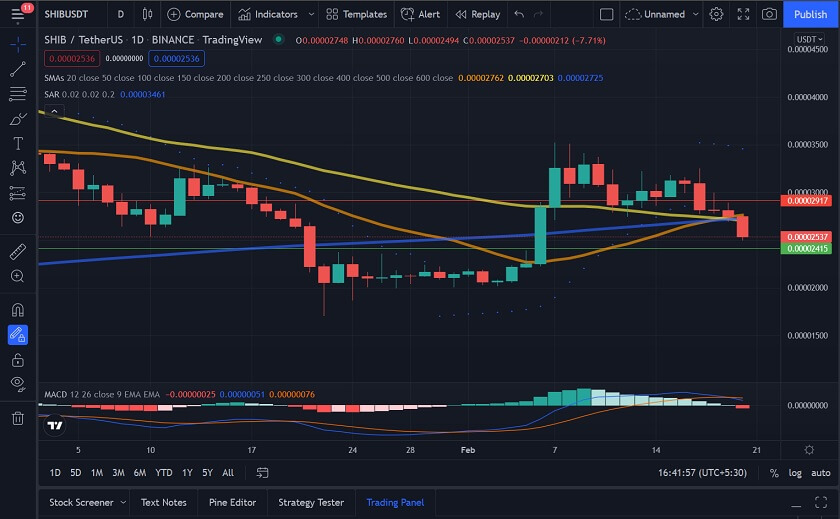 After pushing up to $0.000031 on Tuesday, the Shiba Inu price fell back on Wednesday, falling by 1.02%. Thursday saw the bearish sentiment intensify, as the price fell by almost 9%, falling to $0.000028, and then registering a marginal drop on Friday. SHIB remained bearish over the weekend as well, dropping by over 2% on Saturday before falling below all three SMAs during the ongoing session and falling to $0.000025.

We can see that the MACD has flipped to bearish, indicating that we could see the price drop further to $0.000024.

Looking at IntoTheBlock’s IOMAP for the Shiba Inu price, we see that SHIB has strong support at around $0.000024. At this price level, over 1.7k addresses have bought more than 50t SHIB.

Check Out: Is Shiba Inu Crypto A Buy? 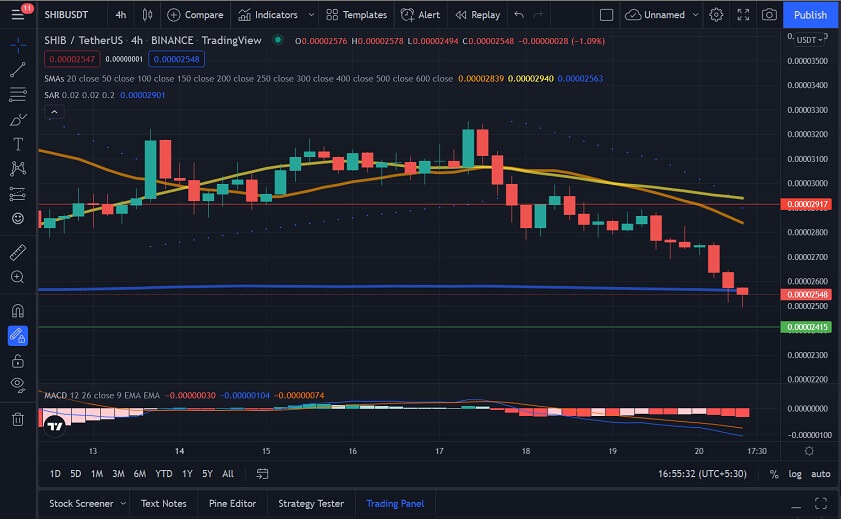 Looking at the Shiba Inu price chart, we see that SHIB has been extremely bearish during the entire week and is currently down by over 7%. However, SHIB has strong support at around $0.000024. If the current sentiment persists, we could see SHIB drop to $0.000024, where the price could find support. However, if bearish sentiment pierces this level of support, we could see SHIB drop towards $0.000020.

Why Shiba Inu Is Going To Explode