The Shiba Inu price continued its descent, slipping further during the current session, falling below its support level of $0.000048. SHIB had ended the weekend on a positive note, as it registered an increase of almost 3%. SHIB continued to push up on Monday but fell into the red on Tuesday, registering a drop of almost 10%, slipping below $0.000050 and settling at $0.000048. The current session sees SHIB remain in the red, as sellers look to push the price down to $0.000045. 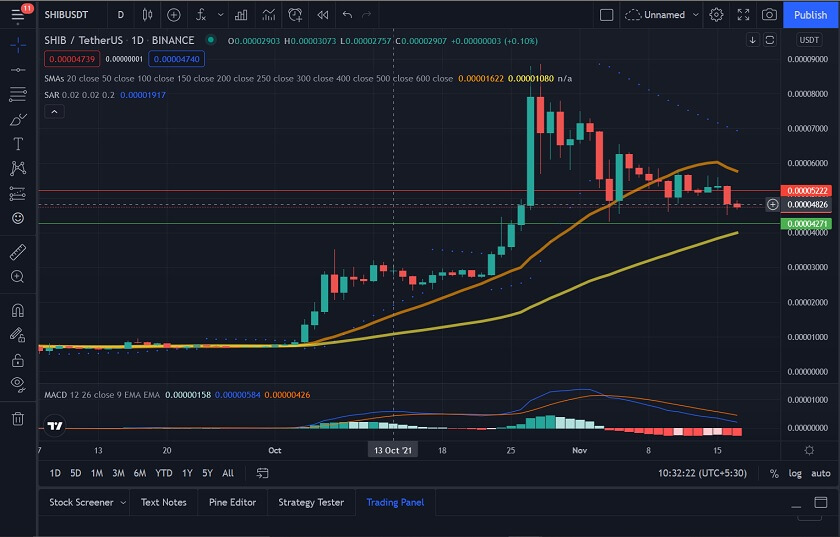 After dropping to $0.000050 on Wednesday, the Shiba Inu price pushed up on Thursday, rising by almost 13% and settling at $0.000056. However, the price was back in the red on Friday as it dropped by over 7% to settle at $0.000052. The weekend saw another drop on Saturday, but the price recovered marginally on Sunday to end the session at $0.000053. The current week started on a positive note as SHIB registered a marginal increase. However, the price fell back on Tuesday, as SHIB dropped by almost 10%, slipping below $0.000050 and settling at $0.000048. The current session sees SHIB at $0.000047, with sellers looking to push the price further.

Looking at IntoTheBlock’s IOMAP for the Shiba Inu price, we can see that SHIB faces strong resistance at around $0.000052. At this price level, more than 36,000 addresses sold over 9566 billion SHIB. 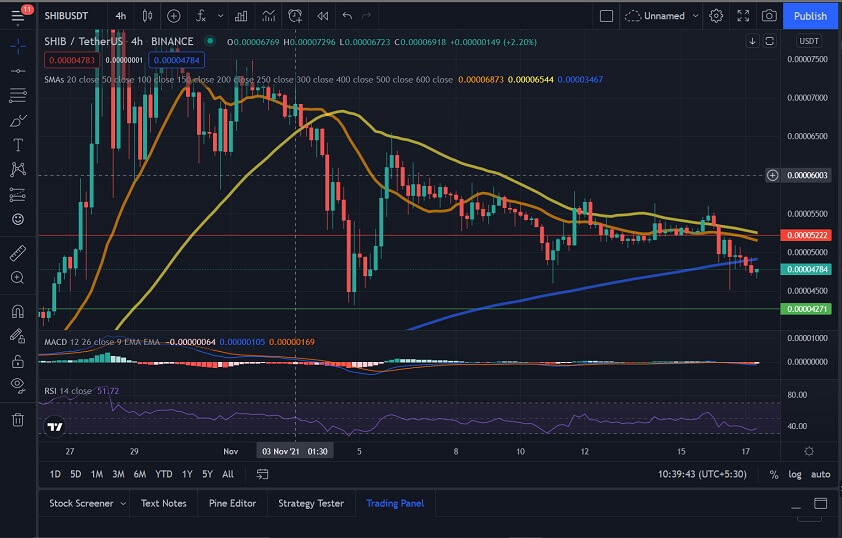 The exchange will enable trading for these tokens along with trading for API3 (API3) and USD Coin (USDC). These two coins are already supported for custody. The announcement added:

"Trading will first open on our API/FIX and ActiveTrader applications for USD trading pairs. It will then open on our Gemini Mobile App and website on a rolling, token-by-token basis for USD, GBP, EUR, CAD, AUD, HKD, and SGD pairs."

Gemini’s announcement also noted it now supports over 60 tokens for trading and custody, with 16 additional crypto assets being available for custody on the platform. Per earlier reports, Shiba Inu supporters have been fighting for more listings on exchanges.

Supporters of the SHIB cryptocurrency have also been fighting for a listing on commission-free trading platform Robinhood.

Looking at the Shiba Inu price chart, we see that SHIB continues to drop during the current session. If the current sentiment persists, then we could see SHIB drop to $0.000045.