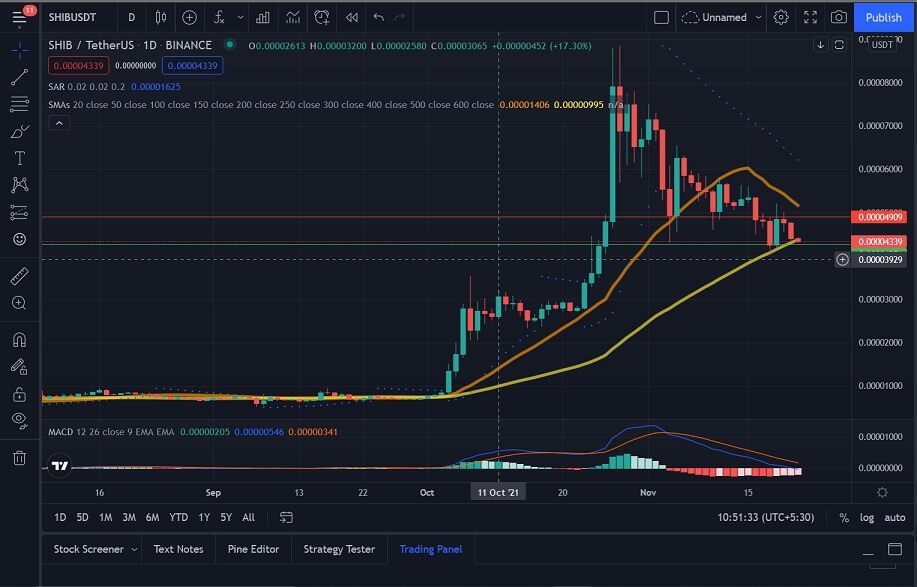 We can see that the MACD is currently bearish, indicating that we could see the price drop further during the current session.

Looking at IntoTheBlock’s IOMAP for the Shiba Inu price, we can see that SHIB faces strong resistance at around $0.000049. At this price level, more than 29,000 addresses have sold over 17,816 billion SHIB. 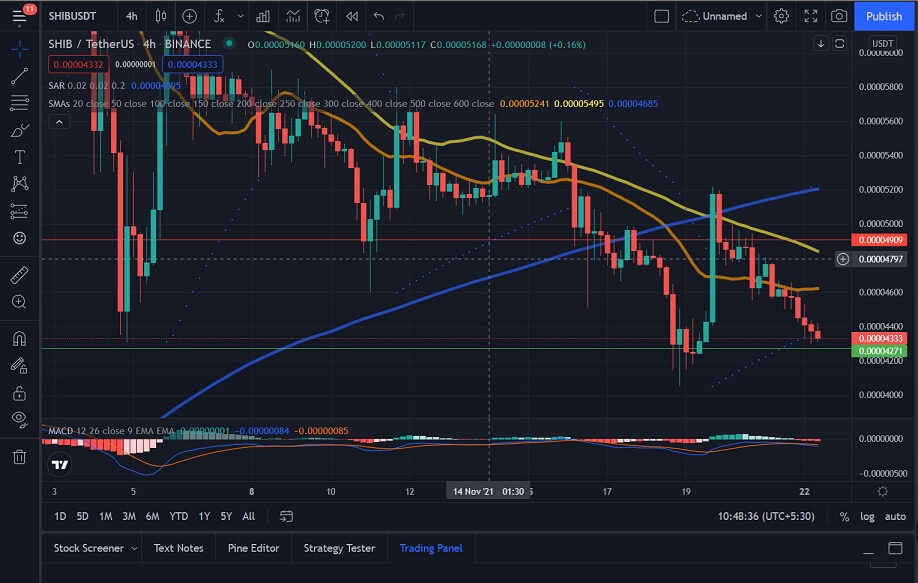 Online electronics retailer Newegg recently ignited Shiba Inu acceptance rumors. In a cryptic tweet posted by the company, it tagged lead developer Shytoshi Kusama and the official Twitter account of the meme coin to come into contact with them.

"@ShytoshiKusama @Shibtoken DM us. Got a question for ya."

Newegg embraced Bitcoin back in 2014, becoming one of the first major retailers in the world to do so. Apart from Bitcoin and Dogecoin, the City of Industry-based company also accepts Bitcoin Cash, Litecoin, Ether, Wrapped BTC, Dai, and four stablecoins (BUSD, USDC, GUSD, and PAX).

Looking at the Shiba Inu price chart, we see that SHIB has fallen significantly over the weekend, with the price currently down to $0.00043. If the current sentiment persists, then we could see SHIB drop towards $0.000040.