The Shiba Inu price rose to $0.000022 during the ongoing session as buyers returned to the market. SHIB had ended the weekend on a fairly positive note, registering an increase of over 9% and ending Sunday at $0.000022. However, the price fell back on Monday, dropping by 5.61%, and then registered a marginal drop on Tuesday, falling by 0.90% and settling at $0.000021, before making a strong recovery during the ongoing session. 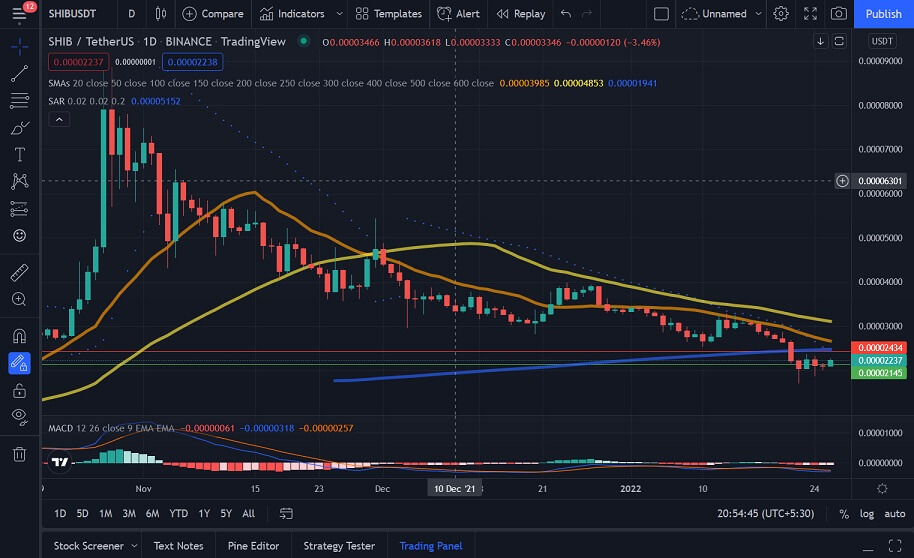 The MACD is currently still bearish, but if the price continues to push higher, we could see it flip to bullish.

IntoTheBlock’s IOMAP for the Shiba Inu price shows that SHIB faces strong resistance at around $0.000024. At this price level, over 1.27k addresses have sold more than 49,217 billion SHIB. 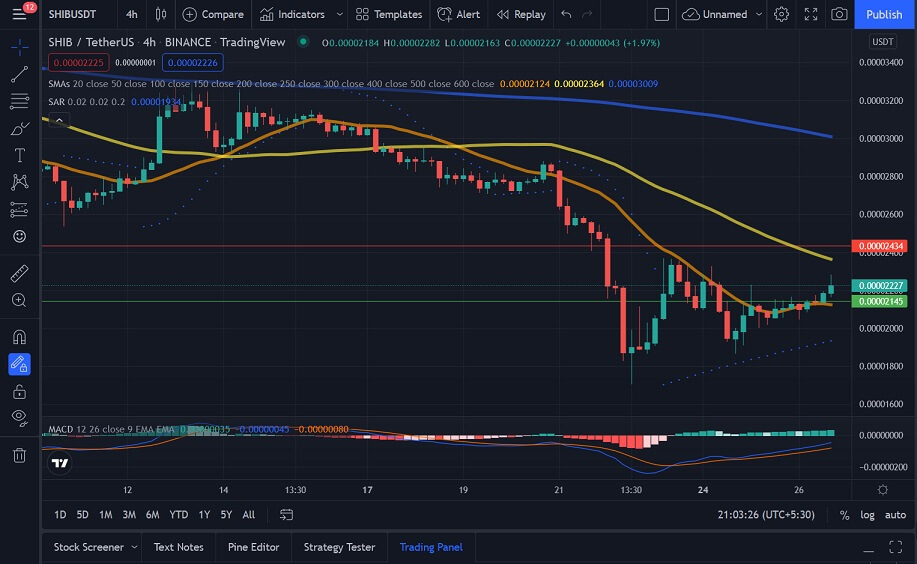 Looking at the Shiba Inu price chart, we can see that SHIB has registered a fairly significant increase during the ongoing session. If the current sentiment persists, we could see SHIB push above $0.000022.