The Shiba Inu price has been quite bearish since the weekend, dropping by over 7% on Sunday. Monday saw the price slip below the 50-day SMA as it registered a marginal drop. The price remained in the red on Tuesday and Wednesday, dropping by 3.12% on Tuesday and almost 10% on Wednesday, slipping below $0.000040 and settling at $0.000037. However, the current session has seen a strong recovery, with SHIB up to $0.000040. 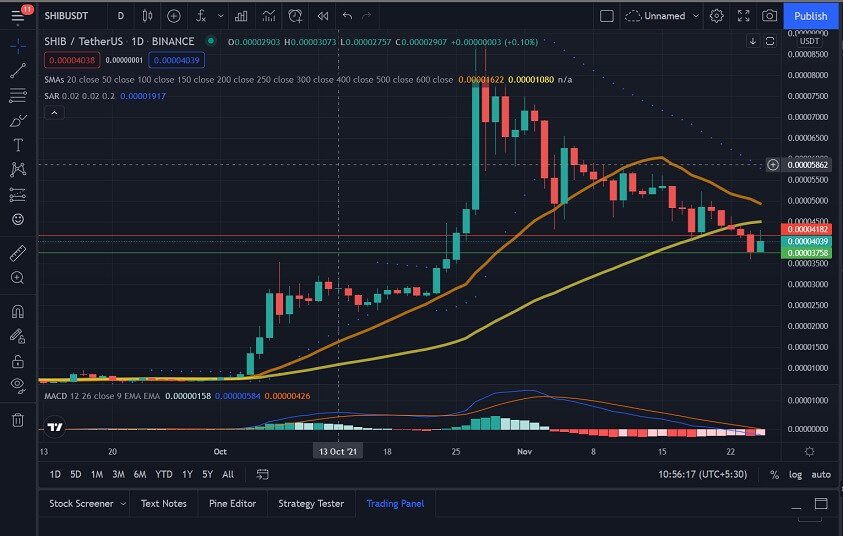 After rising by over 11% on Friday, the Shiba Inu price fell back into the red over the weekend, as it dropped by 1,75% on Saturday. Sunday saw SHIB drop further as it fell by 7.45% and ended the weekend at $0.000044. The current week started with the bearish sentiment still going strong, as SHIB slipped below the 50-day SMA on Monday. Tuesday saw another drop of over 3%, and after Wednesday’s drop of almost 10%, SHIB slipped below $0.000040 and settled at $0.000037. However, during the current session, SHIB has seen a strong recovery, with the price already up by over 7%.

Looking at IntoTheBlock’s IOMAP for the Shiba Inu price, we see that SHIB has strong support at around $0.000037. At this price level, more than 8000 addresses have bought over 21,661 billion SHIB.

We can see that the Parabolic SAR has just flipped to bullish, indicating that the price could push up during the current session. 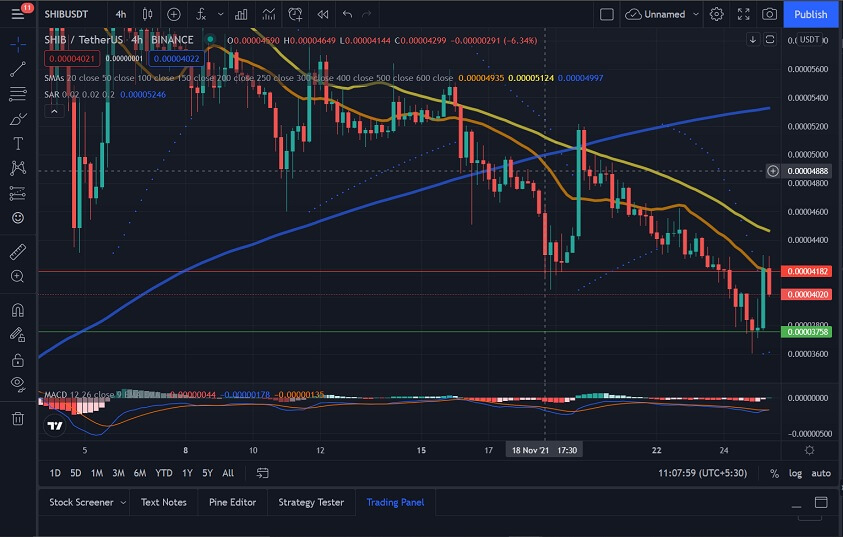 The Shiba Inu price chart shows us that SHIB has made a strong recovery during the current session. With strong support at around $0.000037, we could see the price push above $0.000040.