The Shiba Inu price registered a sharp drop during the current session and is presently down by over 11%, with sellers in control. SHIB had registered a significant drop of over 6% on Friday, with the price dropping by over 6%. However, SHIB was back in the green over the weekend, rising by over 4% on Saturday and rising by 1.41% on Sunday to end the weekend at $0.000038. On Monday, the price continued to push up, rising to $0.000039, before dropping back during the current session.

The Shiba Inu price started the previous weekend on a slightly positive note, registering a marginal increase on Saturday and dropping by over 2% on Sunday. SHIB recovered on Monday, rising to $0.000031, before pushing up to $0.000032 on Tuesday, an increase of over 5%. Wednesday saw SHIB move beyond the 20-day SMA, rising by nearly 7% and settling at $0.000035, before rising by over 10% on Thursday and settling at $0.000038. 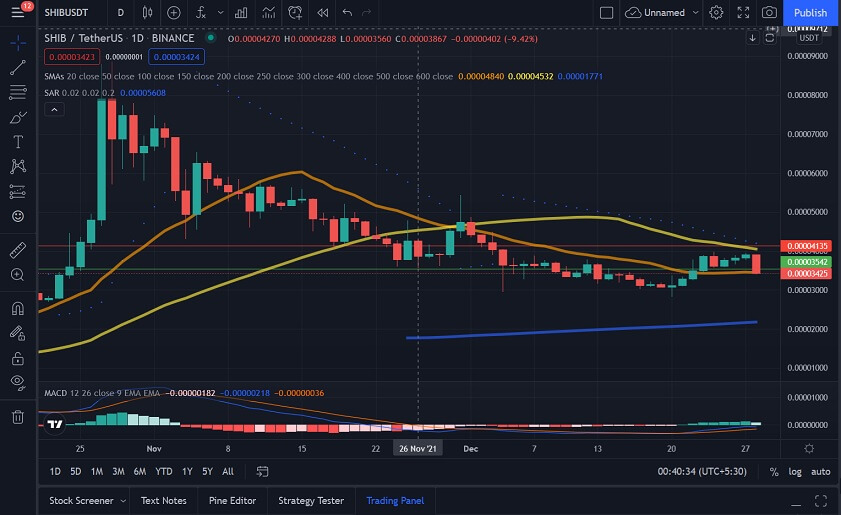 Looking at IntoTheBlock’s IOMAP for the Shiba Inu price, we can see that SHIB faces strong resistance at around $0.000035. At this price level, over 41,000 addresses have sold more than 23,500 billion SHIB. 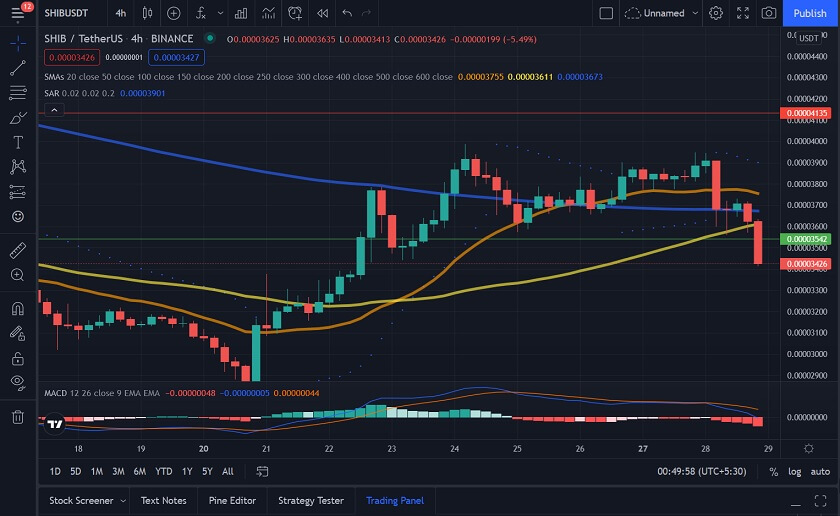 A crypto whale, "Gimli," currently holding 1 trillion Shiba Inu tokens and ranked sixth on WhaleStats, has increased their SAND holdings. According to the whales' surveillance website, ''Gimli'' has bought an additional 585,844 SAND tokens, or $3,913,438 worth. This brings the total balance of SAND tokens held by the investor to 3,132,275 (approximately $19,528,762).

WhaleStats analysis recently indicated that Shiba Inu remains the biggest token position by dollar value among ETH whales and the second-largest holding after Ethereum. The Ethereum whale ''Gimli'' was notorious for their Shiba Inu buying spree in November and the earlier part of December.

In related news, 1,140,746,704 SHIB tokens were burned in a week, according to a tweet posted by the "SHIBtyme" Twitter account. Three accounts were tagged in the tweet: Bigger Entertainment, its founder Steven Cooper and vEmpire DDAO.

Looking at the Shiba Inu price chart, we see that SHIB has registered a significant fall during the current session. If the current sentiment persists, we could see SHIB slip below $0.000034 and move towards $0.000030.