The Shiba Inu price was quite bearish during the previous week and had started the previous weekend in the red, registering a drop of 1.75% on Saturday and then a drop of 7.45% on Sunday. On Monday, the price remained in the red as it slipped below the 50-day SMA before dropping further on Tuesday, registering a drop of over 3% and settling at $0.000041. The bearish sentiment persisted on Wednesday, with sellers pushing the price below $0.000040 to $0.000037, dropping almost 10%. 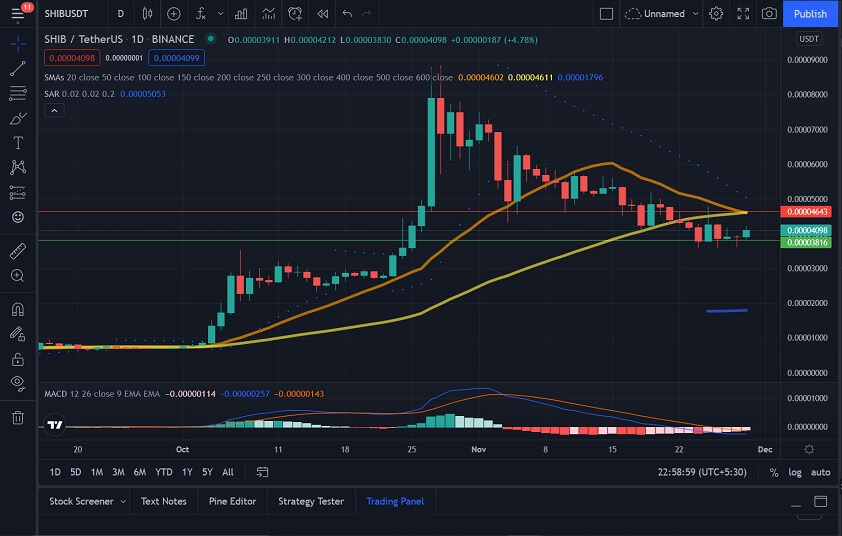 Looking at IntoTheBlock’s IOMAP for the Shiba Inu price, we see that SHIB has support at around $0.000038. At this price level, over 12,000 addresses have bought more than 22,000 billion SHIB.

We can see that the Parabolic SAR is currently bearish. However, if the price continues to push up, we could see it flip to bullish. 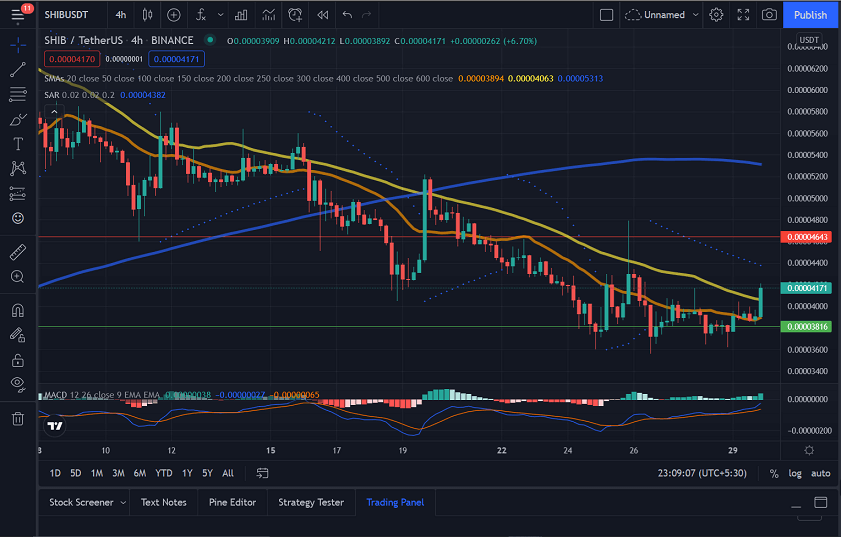 Shiba Inu Becomes The Second Most Popular Crypto On Twitter

Ether (ETH) has managed to log 2.7 million mentions and secure third place. PancakeSwap (CAKE) and Dogecoin (DOGE) are also within the top five with 1.86 million and 1.76 million Twitter mentions, respectively.

Post-Black Friday, while major altcoins and Bitcoin are recovering back to their pre-dump positions, including Shiba Inu, according to WhaleStats. The average balance of tokens in a wallet signals overall sentiment toward the asset by large holders like the ones presented in the tracker. The website also excluded exchange wallets and projects to show a more accurate representation of funds distribution.

According to the data, the top 1,000 of the largest Ethereum wallets now hold 42% more tokens than previously. The total average SHIB balance now remains at 2.5 billion Shiba Inu tokens.

Looking at the Shiba Inu price chart, we see that SHIB has made a strong recovery during the current session. If the current sentiment persists, we could see the price push beyond $0.000041.