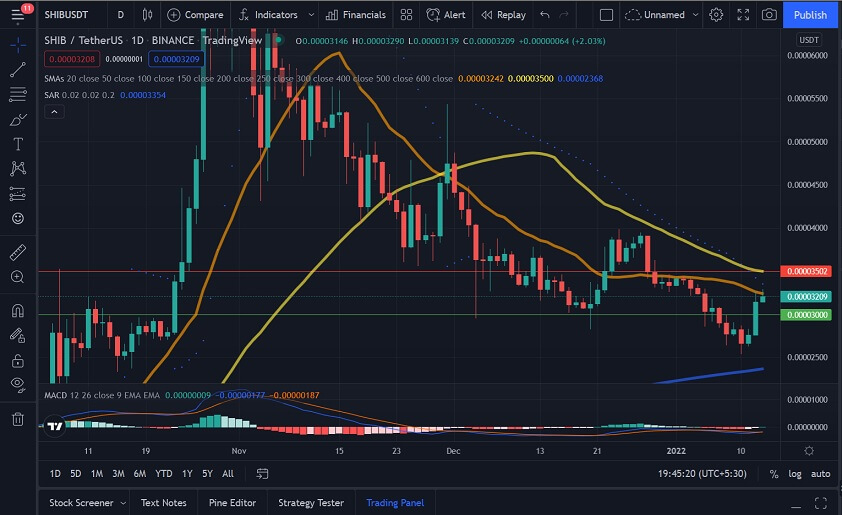 Looking at IntoTheBlock’s IOMAP for the Shiba Inu price, we can see that SHIB faces resistance at around $0.000035. At this price level, over 20,000 addresses have sold more than 59,396 billion SHIB. 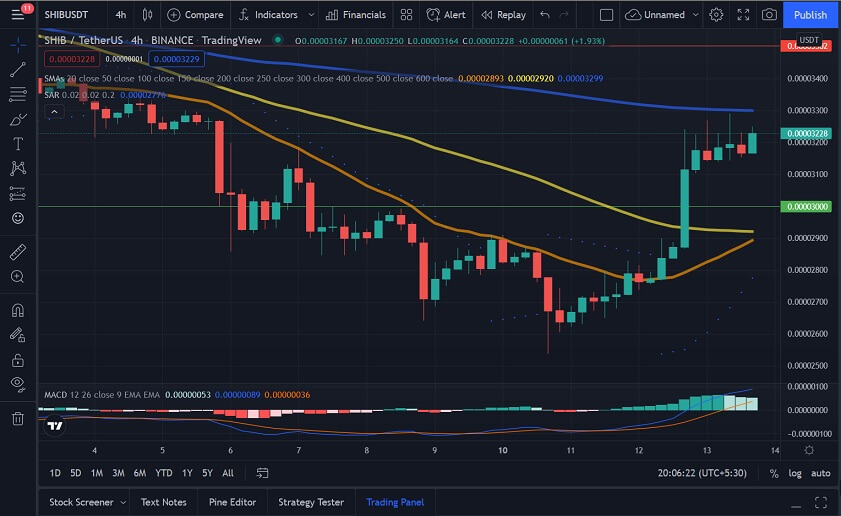 Looking at the Shiba Inu price chart, we can see that SHIB has been extremely bullish over the past couple of sessions. If the current bullish sentiment persists, we could see SHIB push to $0.000035.