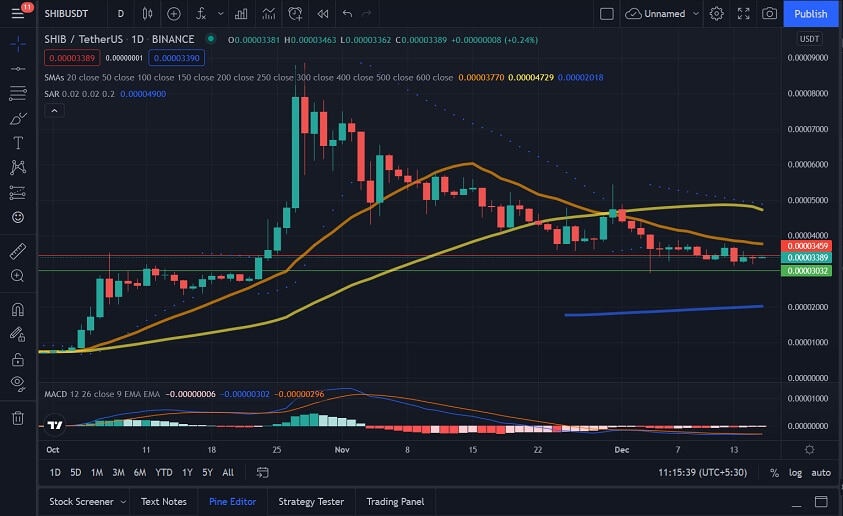 The current session has seen a marginal drop, and with the Parabolic SAR currently bearish, we could see the price drop further.

Looking at IntoTheBlock’s IOMAP for the Shiba Inu price, we can see that SHIB faces strong resistance at around $0.000034. At this price level, over 11,000 addresses have sold more than 54,000 billion SHIB.

We can see that the MACD is bullish, but if the price continues to drop, we could see it flip back to bearish. 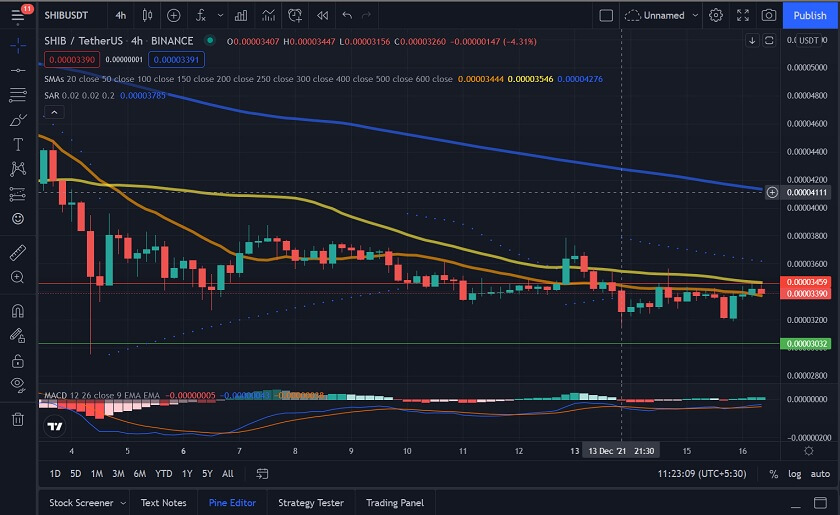 Looking at the Shiba Inu price, we see that SHIB has not made much movement during the current week. If the current sentiment persists, we could see a marginal rise as SHIB pushes to $0.000034.