Shiba Inu Technical Analysis: SHIB Back Down To $0.000050 After Marginal Recovery On Monday

The Shiba Inu price fell back in the red during today’s session, as sellers pushed the price down to $0.000050. SHIB has been quite bearish since the previous week and had slipped below the 20-day SMA before posting a strong recovery on Thursday. SHIB was back in the red on Friday, dropping to $0.000052, before registering another marginal drop on Saturday. However, the price recovered on Sunday, rising by 2.83%, and another marginal recovery on Monday.

The Shiba Inu price got off to a bearish start to the previous weekend, as it fell by 6.30% on Saturday and by 2.93% on Sunday to end the weekend at $0.000056. The price continued to drop on Monday, dropping by over 3%. On Tuesday, a marginal fall saw the price drop below the 20-day SMA, as SHIB settled at $0.000054. SHIB continued to drop on Wednesday, as sellers pushed the price down by over 8% to $0.000050. However, after dropping to this level, SHIB made a strong recovery on Thursday. 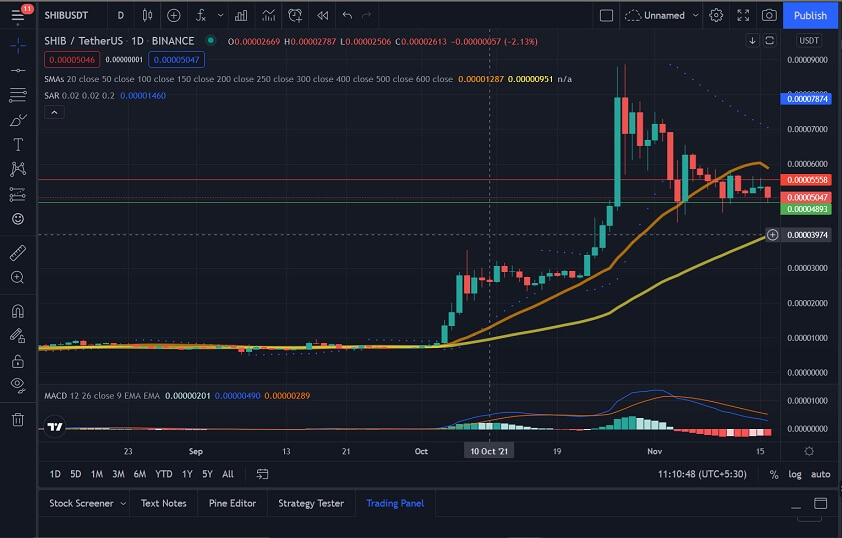 After dropping to $0.000050, the Shiba Inu price made a strong recovery on Thursday, rising by over 12%, and moving to $0.000062. However, with the 20-day SMA acting as resistance at this level, the price fell on Friday, dropping by over 7% to $0.000052. The weekend was a mixed bag for SHIB as the price fell marginally on Saturday before rising by 2.83% on Sunday. The current week started with another marginal increase before SHIB fell during the current session. We can see that the Parabolic SAR and MACD are both bearish, indicating that the price could fall further.

IntoTheBlock’s IOMAP for the Shiba Inu price shows us that SHIB faces strong resistance at around $0.000055. At this price level, more than 23,000 addresses have sold over 27,943 billion SHIB. 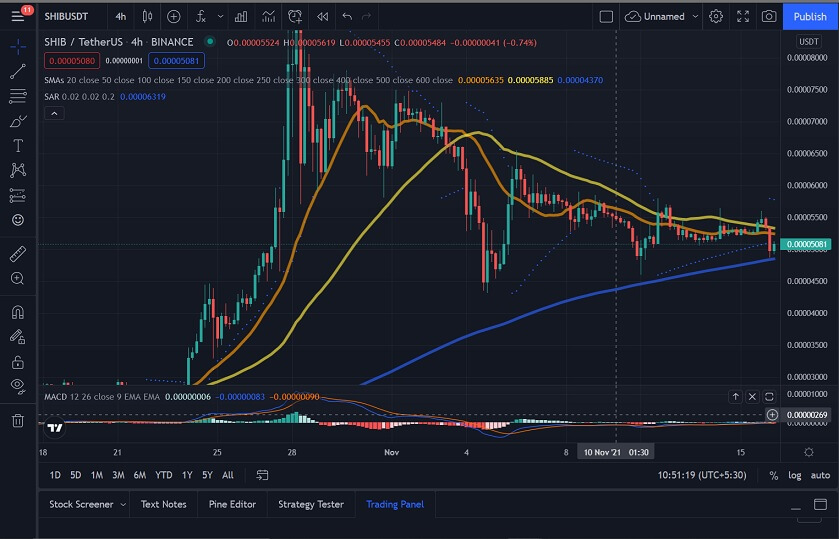 The Canadian investor Geoff was named “one of the Top 100 Venture Capitalists in the world by CB Insights and The New York Times.”

"Rivian and Shiba Inu are more alike than they are different. Symptoms of an inverted economy where abstract narratives of the future supersede economic reality today."

According to a CNBC report, Rivian, “which has almost no revenue, dominated the headlines this week after raising close to $12 billion in its IPO and then watching its market cap swell past $105 billion, leapfrogging Ford and General Motors along the way.”

Two days after the 2021’s biggest IPO, Tesla CEO Elon Musk noted that perhaps there might be some irrational exuberance about Rivian’s chances of dominating the EV market in the US within the next few years:

"I hope they’re able to achieve high production & breakeven cash flow. That is the true test. There have been hundreds of automotive startups, both electric & combustion, but Tesla is only American carmaker to reach high volume production & positive cash flow in past 100 years."

Looking at the Shiba Inu price chart, we can see that SHIB has fallen during the current session after getting off to a positive start to the week. If the current sentiment persists, we could see SHIB drop below 0.000050.