The Shiba Inu price started the previous week on a positive note, rising by 1.52% on Monday. However, the price fell back on Tuesday, dropping to $0.000036, before pushing up by just over 2% on Wednesday and settling at $0.000036. However, after reaching this level, SHIB fell drastically, falling by over 6% on Thursday and settling at $0.000034. The price continued to drop on Friday, as sellers forced the price down by over 3% on Friday, with the price dropping to $0.000033. 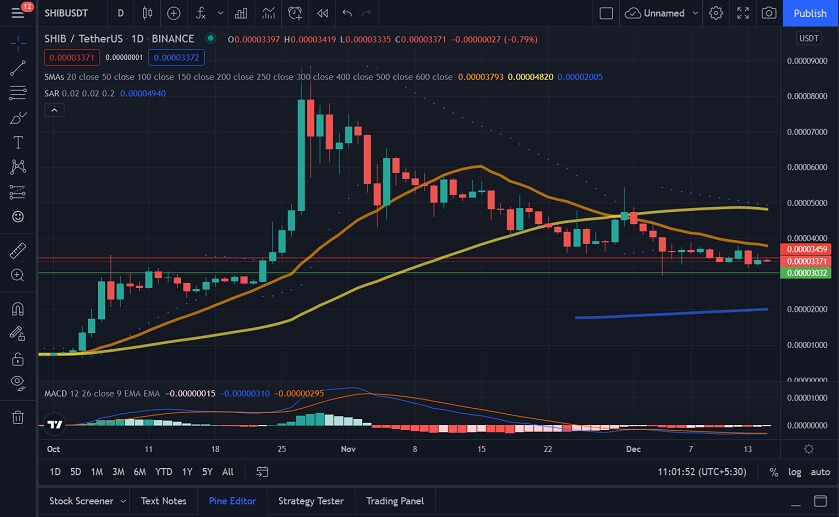 We can see that the Parabolic SAR is still bearish, indicating that we could further see the price drop.

IntoTheBlock’s IOMAP for the Shiba Inu price shows us that SHIB faces strong resistance at around $0.000034. At this price level, over 11,000 addresses have sold more than 43,000 billion SHIB.

We can see that the MACD is bullish, indicating that we could see the price rise. However, if the price continues to drop, we could see it flip back to bearish. 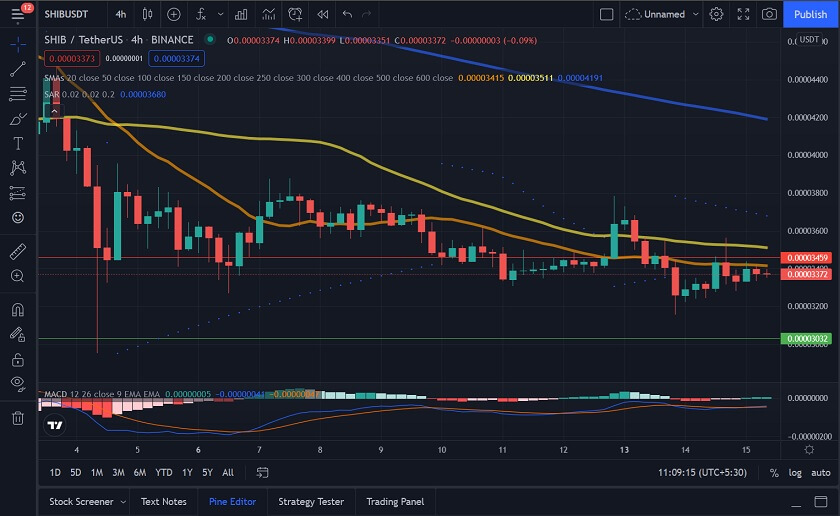 Ask The Doctor, a Canadian healthcare service firm, is continuing to make itself stand out from the crowd, this time by converting more of its balance sheet from fiat to crypto. Through partner firms, Ask The Doctor provides various services like telemedicine consults and medical procedures.

Prakash Chand is a co-founder and CEO of Ask The Doctor. He also seems to be an advocate for crypto. In fact, in April 2016, HuffPost spoke to Chand, as well as Dr. Michael Warner, who was the Chief Medical Officer at the time, about the firm’s acceptance of crypto (Bitcoin and five other cryptocurrencies) as a means of payment.

When they were asked why the firm had started accepting Bitcoin, Warner replied:

“Our customers share with us privileged and sensitive information. Until we added Bitcoin, our services had to be purchased using a Credit Card or Paypal. To some, having a banking paper trail documenting a transaction with “Ask The Doctor” did not provide them with a sufficient level of privacy.

They added that another reason to offer Bitcoin payments was to maximize accessibility to their services.

“Two-thirds of our customers are women and we have customers in every country in the developing world. Our overall goal is democratize access to health care, and offering Bitcoin is consistent with this goal.“

As for the question of what was the firm’s vision, Chand said:

“Our goal is to replace users using Google and WebMD for medical advice. At the end of the day nobody can give a better answer to your medical question than a trained General Physician and/or Specialist.“

Last month, Ask The Doctor confirmed that it would add support for the three most popular dog meme cryptocurrencies: Dogecoin, Shiba Inu, and Floki Inu.

Crypto Whales Are Bullish On SHIB

Crypto whales are capitulating on the current downward price correction of the Shiba Inu (SHIB) token to buy more of the meme coin. An Ethereum whale recently shelled out $4.2 million to buy over 125 billion SHIB tokens, per Etherscan.

The price of the dog-based meme coin has continued to struggle since surging 833.6% in October to set a new all-time high. The months of November and now December are currently showing negative gains for SHIB as its current price is around over 60% lower than its all-time high price of $0.000087.

Regardless, cryptocurrency whales have continued to load up on SHIB. In the past few weeks, SHIB has been the most dominant holding among the top 1000 Ethereum wallets being tracked by WhaleStats. Its dominance stands at around 7.8% as the wallets hold nearly $1.5 billion worth of SHIB cumulatively at the moment.

One other significant whale buy was from a wallet that has been named “Hulk” that bought over $290 million worth of SHIB in a series of transactions made over a few days. According to WhaleStats, the wallet holds around $490 million of SHIB tokens (over 13 trillion SHIB tokens).

The SHIB buying spree indicates the amount of adoption the meme coin has enjoyed since coming to the limelight this year. The Dogecoin-inspired Shiba Inu has continued to gain recognition from institutional investors of late.

Looking at the Shiba Inu price chart, we see that SHIB has fallen back during the ongoing session, after an increase of over 3% on Tuesday. If the current sentiment persists, we could see SHIB slip below $0.000033. However, if the price recovers, we could see it test resistance at $0.000034.