Shiba Inu Technical Analysis: SHIB Fails To Push Past $0.000040 Over The Weekend

The Shiba Inu price has started the current session marginally in the green, as buyers look to push the price beyond $0.000040. SHIB has been quite bearish but registered a sharp increase on Thursday, as the price pushed up to $0.000042. However, the price fell back on Friday, dropping by over 9% and settling at $0.000038. The weekend did not see much movement, as SHIB registered a marginal recovery and then a marginal fall on Sunday to end the weekend, still below $0.000040. 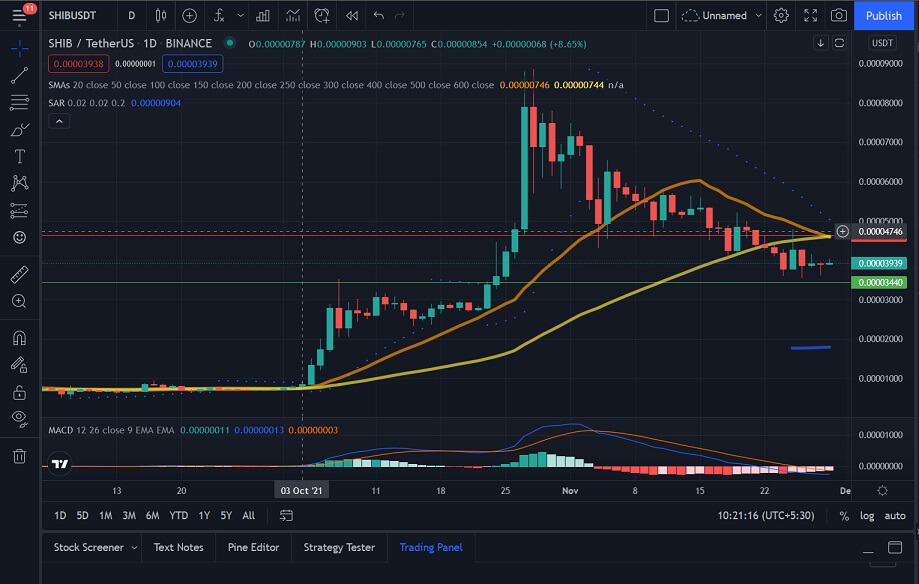 We can see that the Parabolic SAR is currently bearish. However, if the price pushes up, we could see it flip to bullish.

Looking at IntoTheBlock’s IOMAP for the Shiba Inu price, we see that SHIB has strong support at around $0.000034. At this price level, over 6800 addresses have bought more than 41,500 SHIB.

We can see that the MACD is currently bullish, indicating that we could see the price push higher. However, if sellers take control of the session, we could see it flip to bearish. 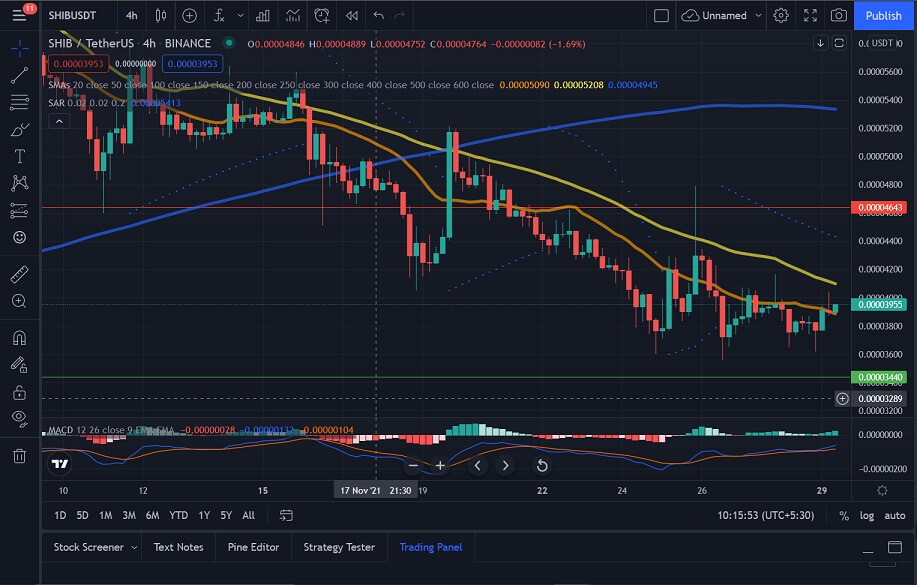 Shiba Inu has teamed up with game creator and former Vice President of Technology at Activision William David Volk to consult on its play-to-earn non-fungible token (NFT) game.

The game, dubbed the Oshiverse, will be the newest extension to the SHIB ecosystem. Shytoshi Kusama, the project leader of SHIB, provided further details in an article titled “The Future of Gaming is Shib” on Medium.

Kusama stated that Shiba Inu had partnered with a AAA gaming company to develop an NFT game, which would use the Shiboshi NFTs. Due to an existing non-disclosure agreement, he was unable to disclose whose studio this was.

In 1991, Volk became Vice President of Technology at Activision, formerly the most valuable gaming company, until Roblox recently took over that mantle. Speaking about Volk, Kusama said:

“He’s a true visionary with decades of top-notch high-quality experience on the corporate side, and also on the independent side, having run his own game studio as well.”

"We are proud to welcome @william_volk to Shiba Inu Games!”

Shytoshi gave further details about the scope of the Shiba Inu game, which will run primarily on iOS and Android devices. In contrast, the game itself will have Shibarium functionality and decentralized aspects.

Kusama further revealed that the pending game will be initially developed by Shiba Inu and will not feature a blockchain. However, the blockchain version of the game will be built from it using the decentralized network. The project, in the later stages of 2022, will incorporate a metaverse functionality. This would be a different approach from that adopted by Facebook.

William Volk boasts of an impressive record in the video game industry, with over 36 years of experience in the video games industry under his belt, measuring back to Avalon Hill in 1980. Volk created and co-designed iWack, one of the first-ever games which were launched on the App store.

Shiba Inu could also be in for a notable turnaround with regards to its Metaverse development. SHIB’s community is relatively larger than many tokens such as SAND, MANA, ENJ, and ALICE, which have seen their valuation go up after advancing into the Metaverse.

The Shiba Inu price chart shows us that SHIB has been quite bearish lately but has pushed up during the current session. If the current trend continues, we could see SHIB push above $0.000040.