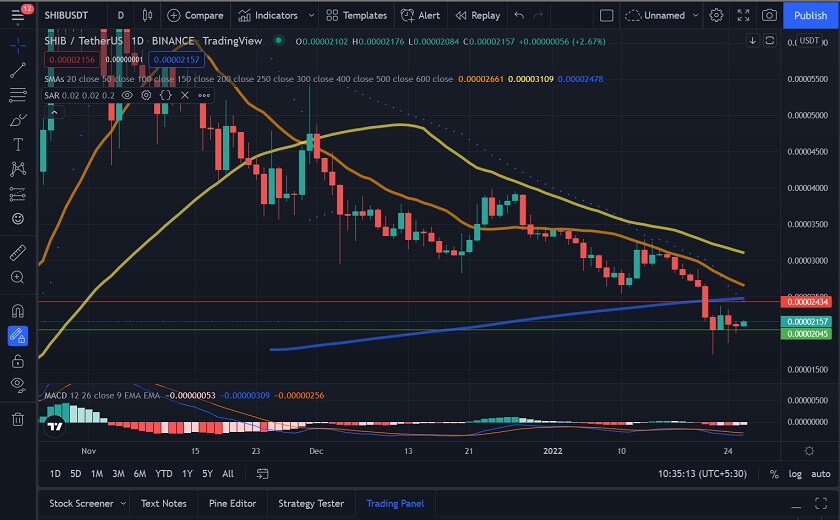 The weekend saw the Shiba Inu price continue to remain bearish on Saturday, as SHIB registered a drop of nearly 8% and dropped to $0.000020. However, despite the bearish sentiment, SHIB was able to recover on Sunday, surging over 9% and ending the weekend at $0.000022. Monday saw SHIB back in the red, as the price fell by 5.61%, and then registered a drop of 0.90% on Tuesday to end the weekend at $0.000021. The current session has seen a marginal recovery as SHIB has pushed up by nearly 3%, looking to move to $0.000022.

Looking at IntoTheBlock’s IOMAP for the Shiba Inu price, we can see that SHIB faces strong resistance at around $0.000024. At this price level, over 1.36k addresses have sold more than 48,658 billion SHIB. 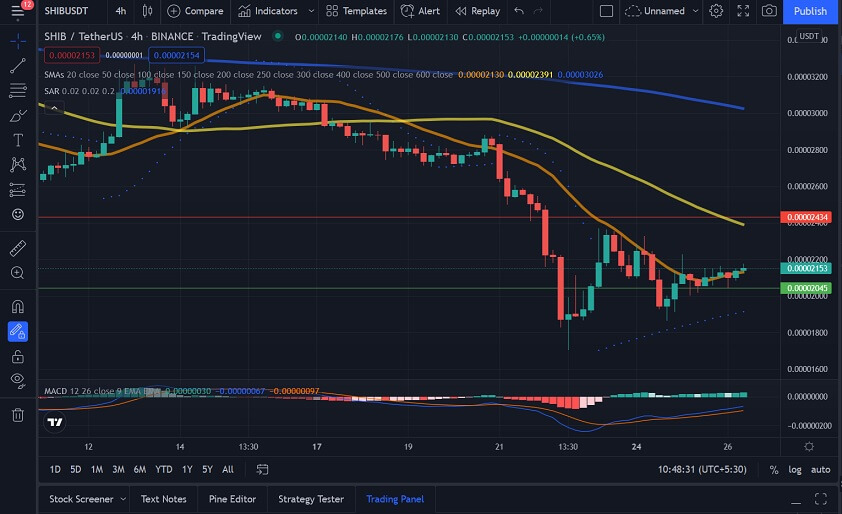 Looking at the Shiba Inu price chart, we see that SHIB has recovered during the ongoing session. If the current sentiment persists, we could see SHIB push to $0.000022 and above.