The Solana price dropped significantly over the weekend, as sellers pushed the price below $200. SOL was quite bullish until Thursday when the price had pushed up to $233.78. However, the price fell back on Friday, dropping by over 9% and settling at $212. The weekend saw more of the same as SOL dropped below $200 on Saturday, dropping to $201.20. The current session sees sellers still in control, with the price having slipped below $190.

The Solana price entered the previous weekend on a highly bearish note, registering a drop of over 8% on Friday, slipping below the 50-day SMA. Despite the bearish sentiment, the price recovered over the weekend, registering a marginal increase on Saturday, before pushing up by over 4% on Sunday to end the weekend at $200.92. Monday saw SOL continue to push up, rising by 1.71% and settling at $204.36. SOL pushed above the 50-day SMA on Tuesday, rising $208.27, before registering an increase of over 10% on Wednesday and rising above the 20-day SMA and settling at $229.85. 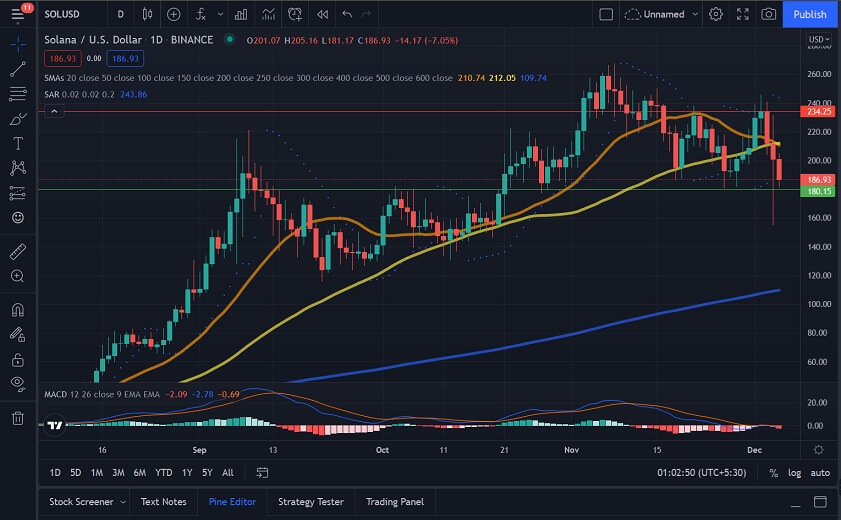 After rising to $229.85, the Solana price continued to push up on Thursday, rising by 1.71% and settling at $233.78. The price fell back after reaching this level, registering a drop of over 9% on Friday and dropping to $212, slipping below the 20-day SMA. The bearish sentiment persisted over the weekend, with SOL slipping below the 50-day SMA and settling at $201.10. The current session sees SOL presently down by over 6%, as sellers look to push SOL down to $180. 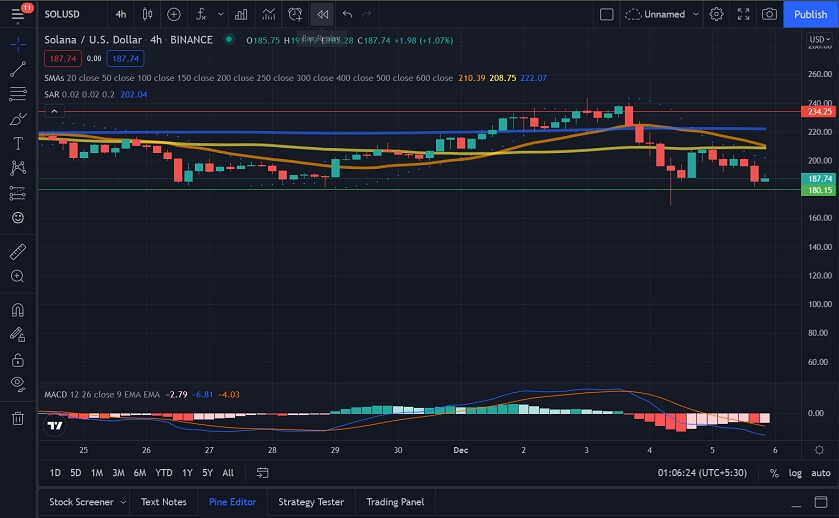 We can see that the MACD is currently bearish, indicating that we could see the price drop further. However, if the price rises, as indicated by the current session, we could see it flip to bullish.

This SolanaBug Could Have Seen Hackers Stealing $27M An Hour

A bug in the Solana Protocol Library (SPL), a set of reference documents for Solana projects, could have seen attackers steal money from multiple Solana projects at a rate of $27 million an hour, according to security researchers at Neodyme.

The projects that were affected included yield aggregator Tulip Protocol and lending protocols Solend and Larix. These projects currently look after $1.7 billion in funds (although considerably higher before the recent market crash).

In a blog post, Neodyme explained that the bug was first publicly disclosed by one of Neodyme’s auditors, known as Simon, on GitHub in June. At the time, the security researchers did not know if it was exploitable or how its impact could be. The bug went unnoticed.

On December 1, Simon saw that the issue was still open, and the team had not fixed the bug. The bug was a “seemingly innocuous rounding error,” according to Neodyme, but they quickly found that it had the potential to steal a fortune.

If a Solana protocol followed SPL reference documents, users would round their funds to the nearest whole number at the point of withdrawal. This would only happen if the user was owed a fraction of the smallest unit of reference, known as a Lamport.

The researchers tested their theory on a copy of the blockchain. They submitted a transaction designed to exploit the bug, and it managed to steal 0.000001 BTC ($0.047) due to the rounding error. The researchers estimated they could execute this bug 150-200 times in a single transaction and put many of these transactions in a single block. They figured such an exploit could steal funds at a rate of $7,500 per second, or $27 million an hour.

The researchers swiftly contacted multiple Solana projects that they believed were affected by this bug. Many managed to connect with Solend, Tulip, and Larix, which all fixed the bug.

The Solana price chart shows us that SOL has been extremely bearish over the weekend. If the current sentiment persists, we could see SOL drop to $180.