The Solana price continued to drop during the current session, with the price currently down by over 2.50%. SOL has been bearish since the weekend, although it had registered an increase of almost 6% on Saturday. However, the price fell back in the red on Sunday, dropping by 1.28%. The bearish sentiment persisted on Monday, with SOL registering a marginal drop before dropping by almost 8% on Tuesday and settling at $219.28.

The Solana price started the previous week on a bearish note, as the price registered a marginal drop on Monday. Tuesday saw the bearish sentiment continue, as SOL registered a drop by almost 4%, as it dropped to $239.15. SOL dropped further on Wednesday, falling to $233.35, before registering a marginal increase on Thursday and settling at $233.48. Friday saw the bearish sentiment return, as the price dropped by over 2% to settle at $228.61. 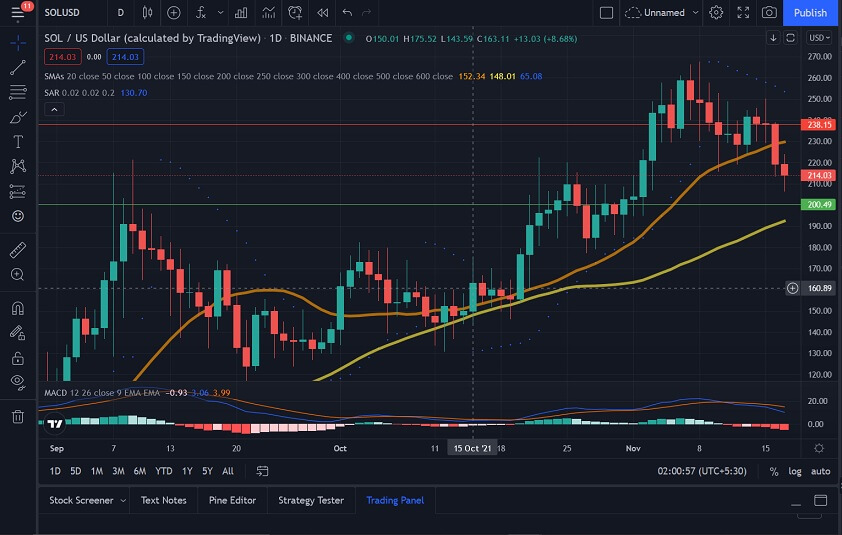 The Solana price picked up over the weekend, as it pushed up by almost 6%, moving up to $241.69. However, the bearish sentiment returned on Sunday, as the price fell by 1.28% to end the weekend at $238.59. Monday saw SOL register a marginal drop before the price slipped below the 20-day SMA on Tuesday, dropping to $219.28 after registering a drop of almost 8%. The current session sees ADA still in the red, with the price currently down by over 2%. 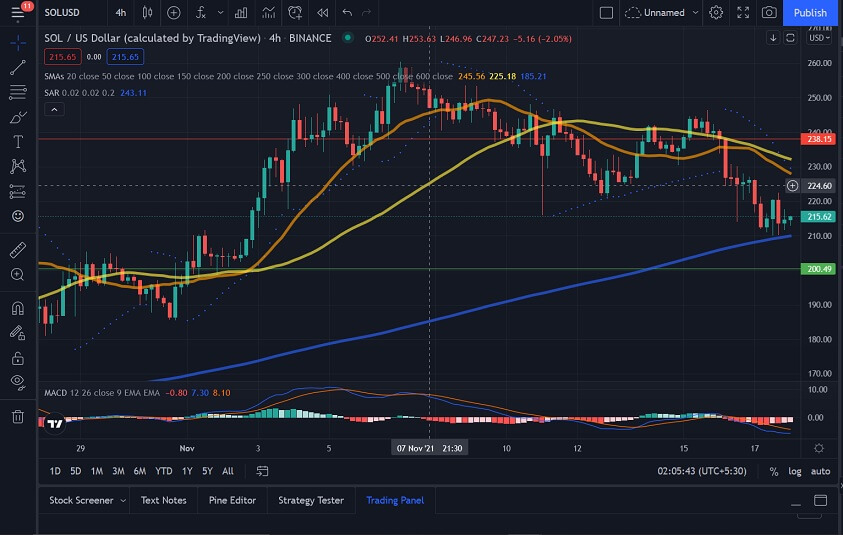 Looking at the Solana price chart, we can see that after dropping by 7.94% on Tuesday, SOL finds itself back in the red during the current session. If the current sentiment persists, then we could see SOL drop to $210.