The Solana price continued to remain bearish during the current session, with sellers looking to push the price towards $240. SOL had started the weekend on a very bullish note, with the price rising by over 9% on Saturday, before dropping by 3.44% on Sunday and settling at $249.78 but not before settling its new all-time high. SOL dropped further on Monday, as the price fell by 0.54% before falling further during the current session, with the price currently at $240. 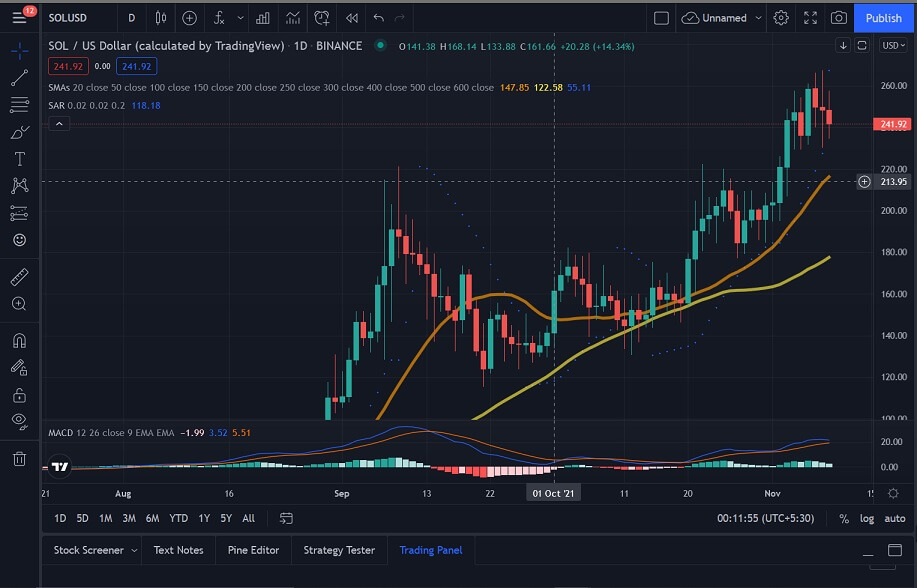 After pushing to $247.22 on Thursday, the Solana price fell in the red on Friday, dropping by 4.40% and settling at $236.35. However, SOL recovered on Saturday and pushed up by over 9%, rising to $258.69, before dropping on Sunday. SOL also hit its all-time high on Sunday, as the price shot up to $260.06 before sellers took control of the session and pushed the price down to $249.78. The current week saw the bearish sentiment continue as SOL dropped marginally on Monday before the current session saw SOL down by over 3%. We can see that the Parabolic SAR has already flipped to bearish, and if the price continues to drop, we could see the MACD flip to bearish as well. 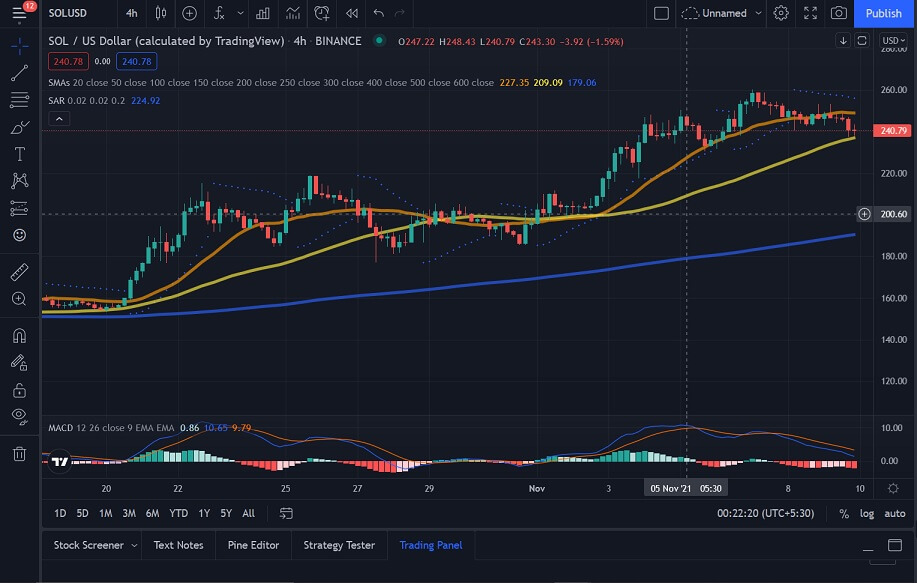 The 4-hour Solana price chart shows us that SOL had surged to $323.65 before pushing up further to $243.47. SOL was able to stay at this level for the next few sessions before the price turned bearish and dropped to $233.43, where the 20-bar SMA was acting as support. As a result, the price recovered and pushed up to $258.67 before dropping to $247.23. After reaching this level, SOL dropped further, slipping below the 20-bar SMA and dropping to $243.90. The price fell further from this level, as it dropped to its current level of $240. With the Parabolic SAR and MACD both bearish, we can expect the price to drop further.

Privacy-oriented browser Brave has inked a partnership with Solana Labs, according to a recent announcement. As part of the deal, Solana will become Brave’s default blockchain during the first half of 2022. 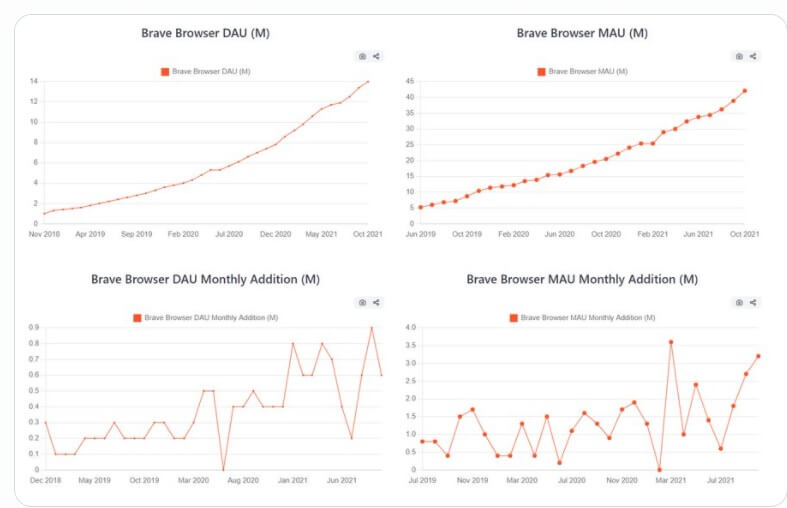 In turn, Solana developers will be encouraged to support the browser’s Basic Attention Token (BAT) with their dApps. Brave CEO Brendan Eich hopes that the integration will make it easier to bolster cryptocurrency adoption:

"With more and more users and creators requiring tools for fast and affordable access to the decentralized Web, this integration will seamlessly pave the way for the next billion crypto users to harness applications and tokens."

Last year, Brave appeared in hot water, facing the affiliate link controversy. This October, the browser dropped Google and replaced it with Brave Search, its search engine that was launched in June.

Looking at the Solana price chart, we see that SOL has been quite bearish since the weekend. With SOL already down to $240, we can expect the price to slip below $240 if the current sentiment persists.