The Solana price was quite bearish during the current week and had registered a sharp drop of almost 6% on Monday, dropping to $139.92. The price recovered on Tuesday, rising by 0.98%, and moved back above $140. On Wednesday, the price was back in the red, dropping below the 200-day SMA and settling at $135.22 before recovering during the ongoing session.

The Solana price started the previous week with a drop of 3.44% on Monday. However, the price was back in the green on Tuesday, rising by 3.10% and moving to $140.22. SOL continued to push up on Wednesday, as it registered an increase of over 8% and settled at $151.60 before dropping back on Thursday, falling by 3.61% and settling at $146.13. Friday saw SOL remain in the red, registering a marginal drop. 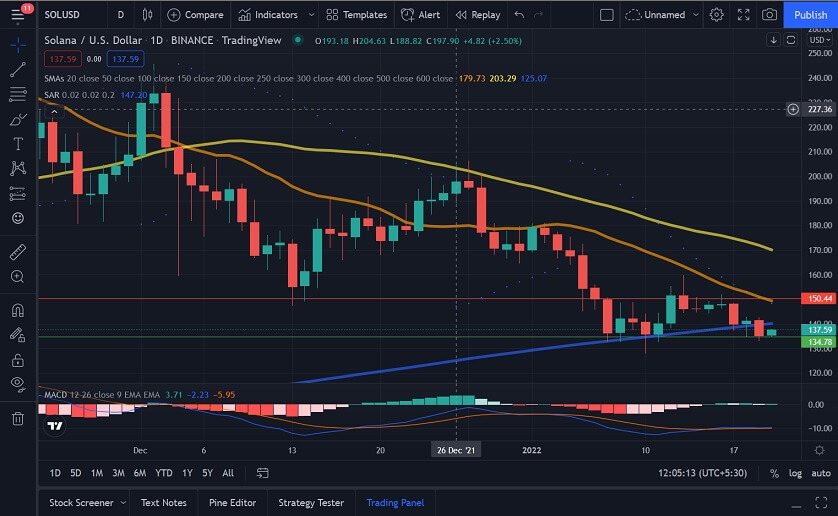 The Parabolic SAR is currently bearish, but we could see it flip to bullish if SOL can push above $140. 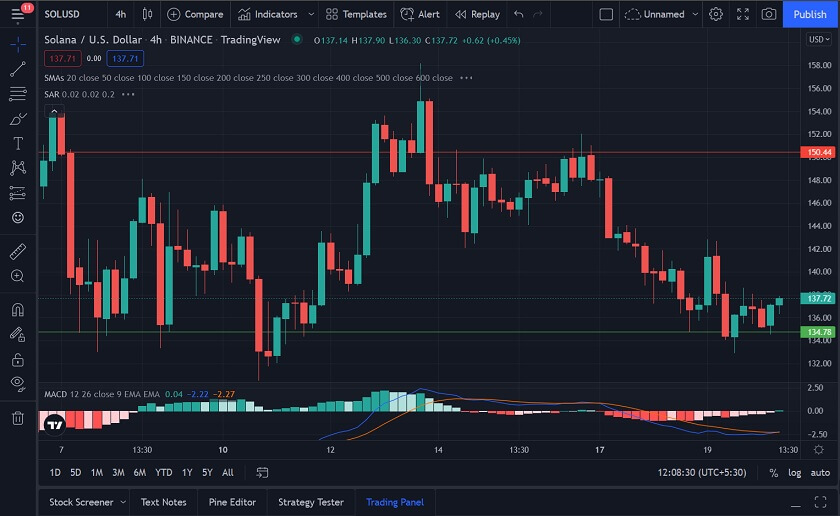 We can see that the MACD and Parabolic SAR have both flipped to bullish, indicating that the price could recover.

Bearish sentiment among institutional investors in the crypto markets appears to be cooling despite millions of dollars in outflows from digital asset investment products.

According to digital asset manager CoinShares, crypto investment products suffered outflows of $73,000,000 last week, the fifth week of outflows in a row.

In step with its share of the market space, Ethereum felt the sting of outflows to the tune of $30,000,000 last week. Recent outflows in digital asset investment products have been heavy but appear to be cooling off after a $207,000,000 sell-off the week before last.

One crypto asset has remained relatively unfazed by the recent weeks of outflows. Despite the general downward trend, Solana (SOL) has only had two weeks of outflows in the last three months.

“Solana remains an investor favorite with inflows totaling US$5.4m last week and has only seen two individual weeks of outflows since August 2021.”

In related news, since August, the Solana blockchain has been capturing the most NFT volume share at the expense of Ethereum, JPMorgan Chase said, noting that was when the NFT market started a major expansion. Ethereum has also been losing market cap share to Solana in line with the declining NFT volume share, it added.

Looking at the Solana price chart, we can see that SOL has recovered during the ongoing session, and if the current sentiment persists, we could expect the price push to $140.