The Solana price registered a marginal increase during the current session, as the price pushed up during the ongoing session. SOL had started the week on an extremely bearish note, dropping by over 10% on Monday. On Tuesday, the price recovered, rising by over 4% and moving to $161.49. Wednesday saw an even bigger increase, as SOL pushed up by over 10% but then fell back into the red on Thursday, registering a drop of 0.94%. 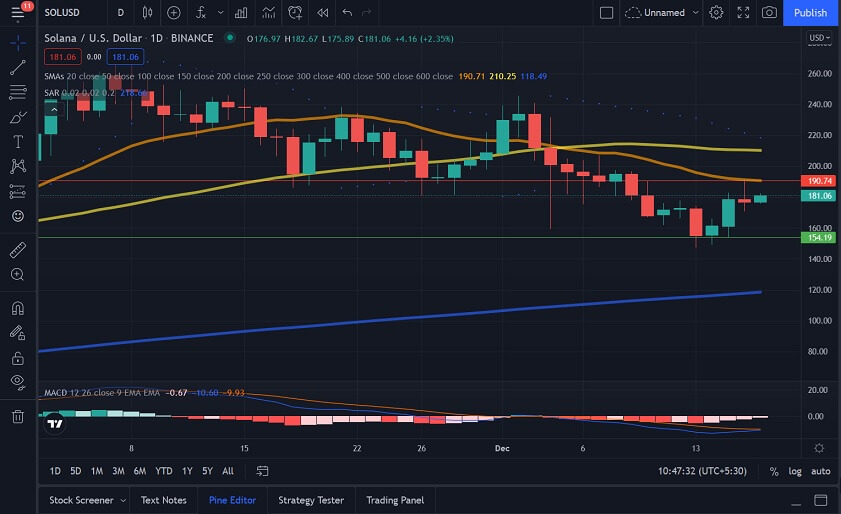 After dropping to $167.80 on Friday, the Solana price recovered over the weekend, rising by 2.52% on Saturday and then by 0.56% on Sunday to end the weekend on a positive note. However, the price fell back on Monday by over 10% and dropped to $155.22. SOL recovered from this level, rising by over 4% on Tuesday and then by over 10% on Wednesday to move to $178.57. However, the price fell back on Thursday, dropping by 0.94%, before pushing up during the ongoing session. 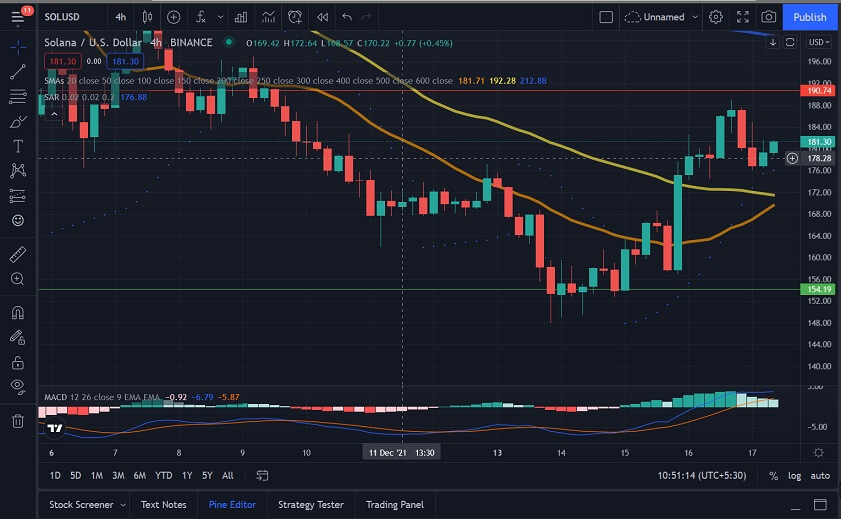 Looking at the Solana price chart, we see that SOL has been quite bullish during the current week. The price has already crossed $180, and if the current sentiment persists, we could see SOL move to $185.