Solana Price Prediction: SOL Drops After Pushing To $178 On Wednesday

The Solana price fell back during the ongoing session as sellers took over the session, dropping the price down to $174. SOL had started the week on an extremely bearish note, dropping by over 10% on Monday and settling at $155.22. However, SOL recovered on Tuesday, rising by over 4% and settling at $161.49. The price pushed further on Wednesday, as it moved to $178 before dropping off during the ongoing session. 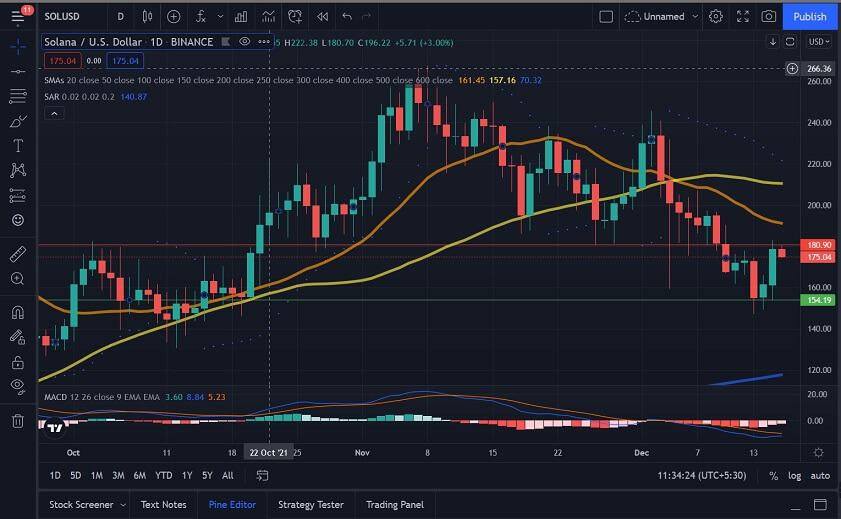 We can see that the Parabolic SAR is currently bearish, but if the price recovers, it could flip back to bullish. 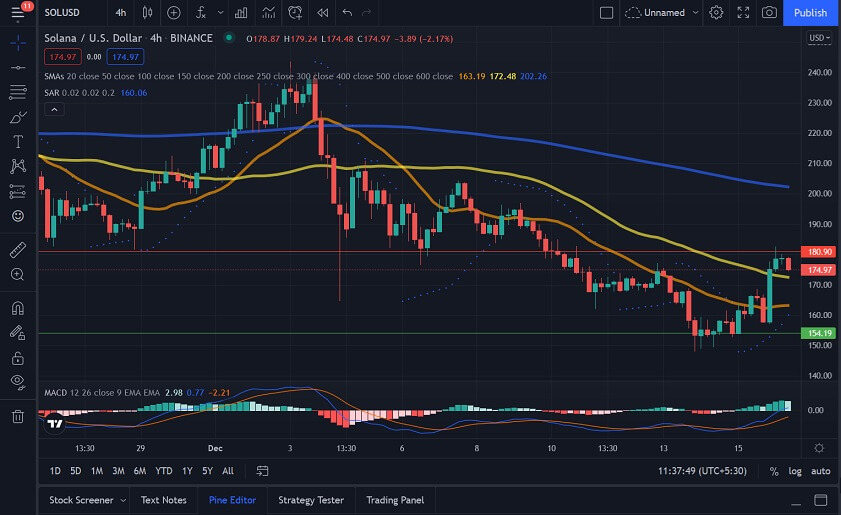 We can see that the Parabolic SAR and MACD are both bullish, indicating that we could see the price push higher as SOL recovers.

The fund backed by the trio is reportedly denominated in dollars and not in Solana (SOL) tokens. It plans to invest in gaming startups building on the Solana blockchain. Solana Ventures contends that the network's throughput of 65,000 transactions per second and average per-transaction cost of $0.00025 makes it an ideal blockchain for gaming applications.

The new fund will invest in startups' equity and token rounds and expects to be fully deployed over the next 18 months, said the spokesperson. This is the second blockchain gaming-focused fund Solana Ventures has announced. Last month, the firm launched a $100 million fund by partnering with Lightspeed Venture Partners and FTX.

Animoca Brands and QCP Soteria Node (QSN) co-led the round, with Solana Ventures, Three Arrows Capital, Polygon Studios, and others participating. The round brought just the six-month-old Avocado Guild's valuation to $200 million.

Looking at the Solana price chart, we see that SOL has dropped during the ongoing session. If the current sentiment persists and sellers retake the session, we could see SOL drop to $170. However, if the price recovers, we could see it move to $180.