The Solana price started the previous weekend on a fairly positive note, rising by nearly 2% on Friday, and moving to $91.46. SOL continued to push higher over the weekend, rising by over 5% on Saturday, before dropping by nearly 3% on Sunday and ending the weekend at $93.40. The week started on a bullish note as SOL pushed up almost 7% on Monday, rising to $99.59, and then surged by nearly 11% on Tuesday, pushing up to $110.08, where the 20-day SMA was acting as resistance. 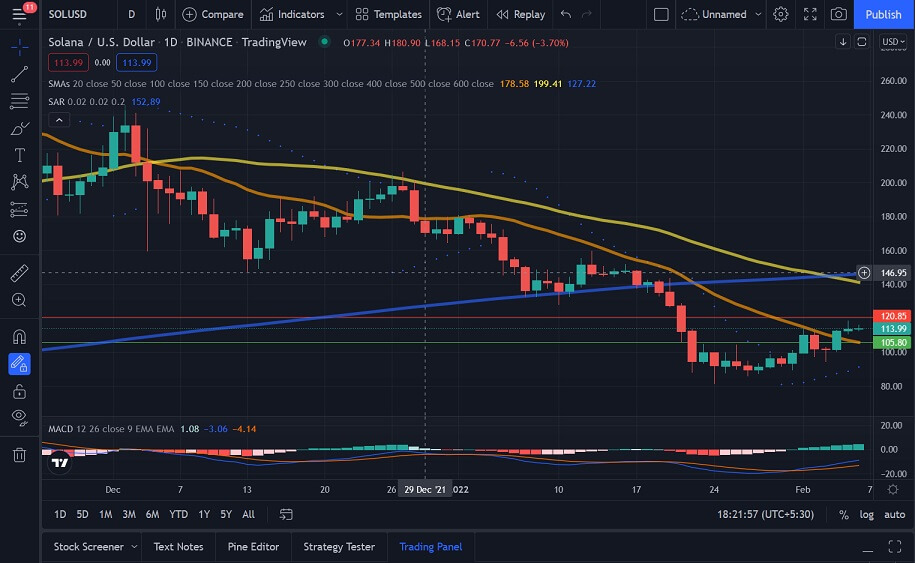 With the 20-day SMA acting as resistance, the Solana price fell back on Wednesday, dropping over 7% and settling at $101.86. On Thursday, the price continued to drop, registering a marginal drop before recovering on Friday, pushing above the 20-day SMA and settling at $112.65. The weekend saw SOL continue to push higher, rising by 1.05% on Saturday and then pushing to $114 during the ongoing session. 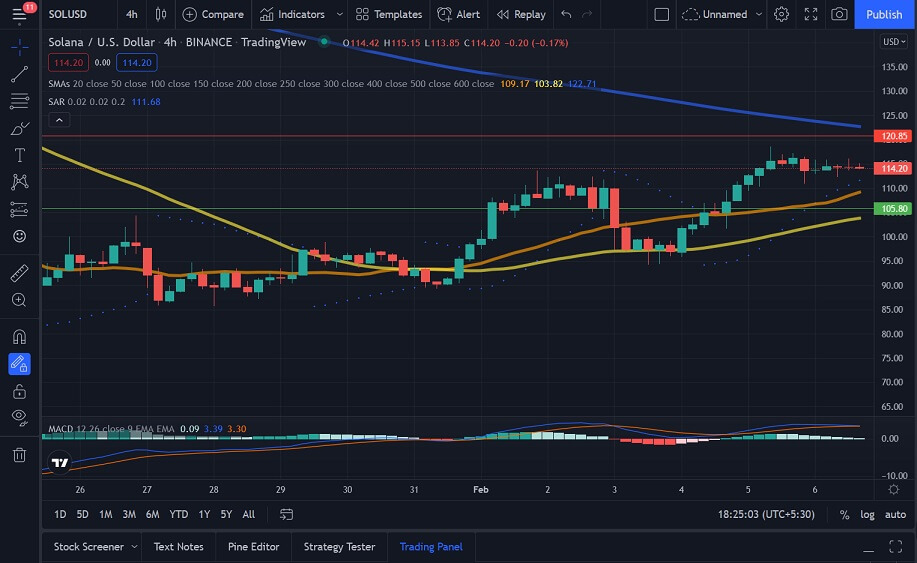 Looking at the 4-hour Solana price chart, we see that SOL dropped to $90.29 on the 31st. The price recovered from this level, pushing above the 20 and 50-bar SMAs and moving to $107.04 on the 1st. SOL continued to push higher from this level, rising to $110.75 but fell back after reaching this level, slipping back below the 20-bar SMA and dropping to $97.49, where the 59-bar SMA acted as support. As a result, SOL was able to stay at this level for the subsequent few sessions before surging back above the 20-bar SMA and rising to $116, before dropping marginally to its current level of $114.

The Solana price chart shows that SOL has been extremely bullish since Friday, with sellers firmly in control. If the current sentiment persists, we could see SOL push towards $120. However, if sellers manage to retake the session, SOL could drop to $110.