The Solana price has been quite bullish during the week, having pushed up significantly. SOL had posted an increase of 1.71% on Monday, as the price moved to $204.36. SOL moved above the 50-bar SMA on Tuesday, rising to $208.70, before registering a significant increase on Wednesday, rising by over 10% and settling at $229.97. The current session sees ETH currently up by over 2%, as buyers look to push the price above $240.

The Solana price fell by over 6% on Monday (22nd) thanks to the 20-day SMA acting as resistance. SOL pushed up on Tuesday, as the price rose by almost 3%, before dropping back on Wednesday, falling by over 7% and settling at $205.88. The 50-day SMA came into play as support at this level, and SOL pushed up by almost 2% on Thursday. However, the price fell back on Friday, dropping by over 8%, slipping below the 50-day SMA and settling at $192.73. 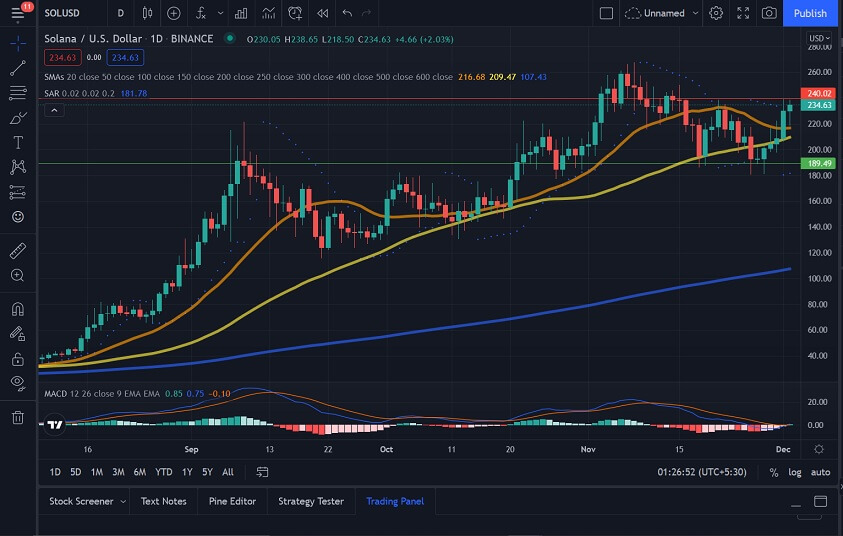 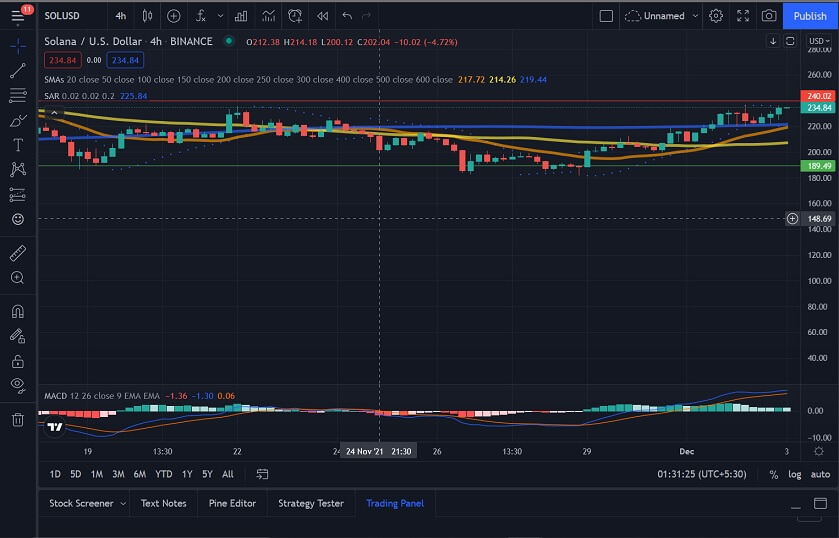 We can see that the MACD is currently bullish, indicating that we could see the price move higher.

Looking at the Solana price chart, we see that SOL has been extremely bullish during the current week. If the current sentiment persists, we could see SOL push to $240.