However, we can see that the Parabolic SAR is currently bullish, indicating that we could see the price recover. 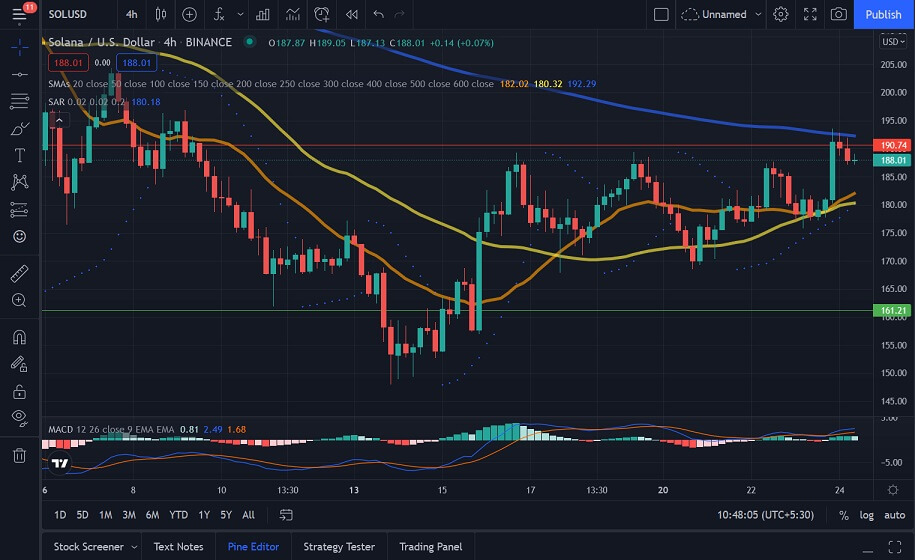 The cryptocurrency analyst who predicted 2018’s bear market bottom recently estimated that the price of Solana (SOL) could soon see a “rage pump” after bottoming below the $150 mark.

The analyst, Smart Contracter, noted on Twitter that Solana has bottomed with a “nice clean 3 wave move down from the highs on daily." They told their followers they believe SOL would hit a new all-time high. 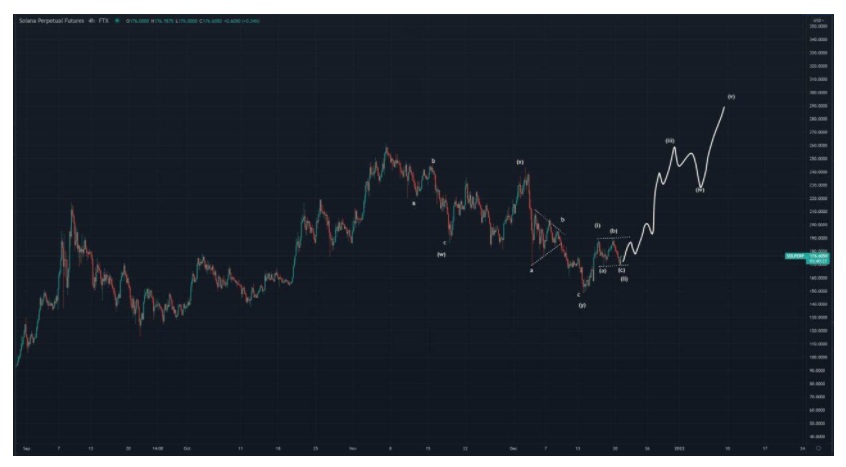 Smart Contracter’s price prediction uses Elliott Wave theory, which according to Investopedia, was developed by Ralph Nelson Elliott in the 1920s after he observed and identified recurring, fractal wave patterns.

These fractal wave patterns are based on the psychology of the masses.

The Elliott Wave theory is usually interpreted based on five waves moving towards the main market trend, which can be bullish or bearish. The repetition of these patterns, theory suggests, allows the movements of asset prices to be predicted.

The theory is said to have gained notoriety when Elliott himself predicted the stock market bottom in 1935 after a 13-month correction. Smart Contracrer’s analysis of SOL using it suggests the price of the cryptocurrency has completed a wave-two corrective phase and is now ready for a third wave rally.

Based on the analysis, they predicted the “rage pump” is near. Notably, Zhu Su, CEO of crypto investment firm Three Arrows Capital, has revealed the firm has been accumulating “a massive amount of SOL.”

We can see that the Solana price has dropped during the ongoing session. As a result, we could see SOL drop to $185 if the current sentiment persists.