The Solana price moved to $180 during the current session, as buyers look to push SOL above the 20-day SMA. SOL was quite bearish over the weekend and had dropped by 1.61% on Sunday to end the weekend on a fairly bearish note. On Monday, the price continued to drop as SOL fell by 3.41% and settled at $173.94. SOL made a strong recovery on Tuesday, rising to $179.81 before pushing above $180 during the ongoing session.

The current session sees SOL at $180, and with the MACD currently bullish, we could see the price push higher. 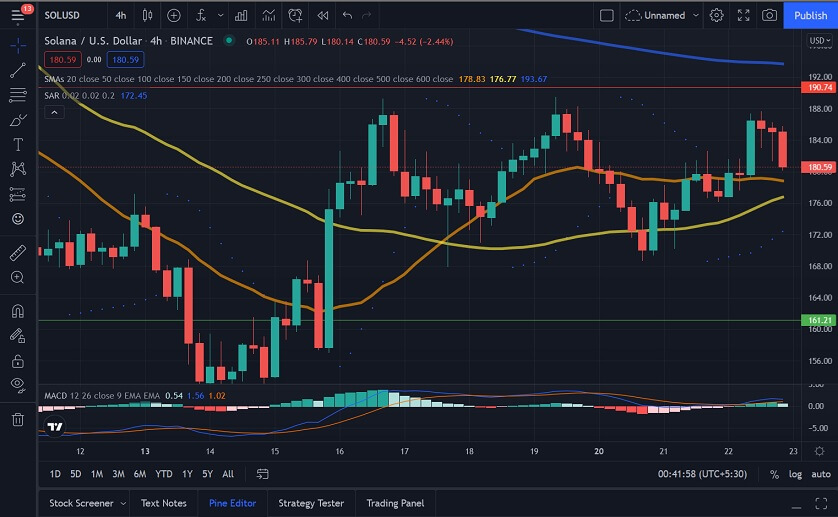 We can see that the Parabolic SAR and MACD are both bullish, indicating that the price could push higher.

Looking at the Solana price chart, we can see that buyers are looking to push SOL above the 20-day SMA. If buyers are successful, we could see SOL move to around $182-$183.