Solana Technical Analysis: SOL Looks To Push Back Towards $200

The Solana price had pushed up to $233.78 on Thursday but turned bearish after reaching this level, with SOL falling drastically. SOL dropped by over 9% on Friday, dropping to $212 and slipping below the 20-day SMA. The price continued to drop over the weekend, as SOL dropped to $201.10 on Saturday, falling by over 5%. Sunday saw SOL drop by over 2%, and it slipped below $200 and settled at $196.71. The current session sees SOL at $189, as it looks to push back towards $200.

The Solana price started the previous weekend by registering a marginal increase on Saturday. However, Sunday saw the price push up by over 4%, as it rose to $200.92. The bullish sentiment persisted on Monday, with SOL posting a marginal increase of 1.71%. SOL pushed above the 50-day SMA on Tuesday, rising by 2.21% and settling at $208.87. Wednesday saw a significant increase, as SOL rose by over 10%, pushing above the 20-day SMA and settled at $229.85. 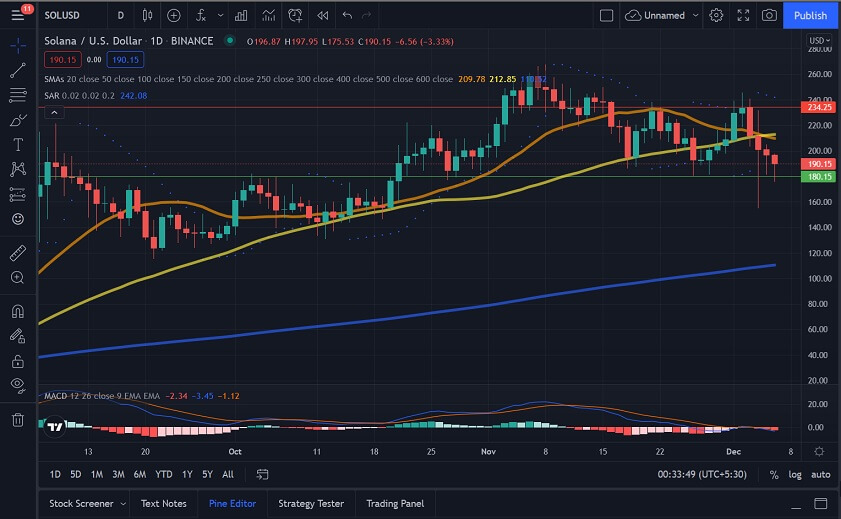 We can see that the Parabolic SAR is still bearish, indicating that we could see the price drop further. However, if SOL manages to recover, we could see it flip to bullish. 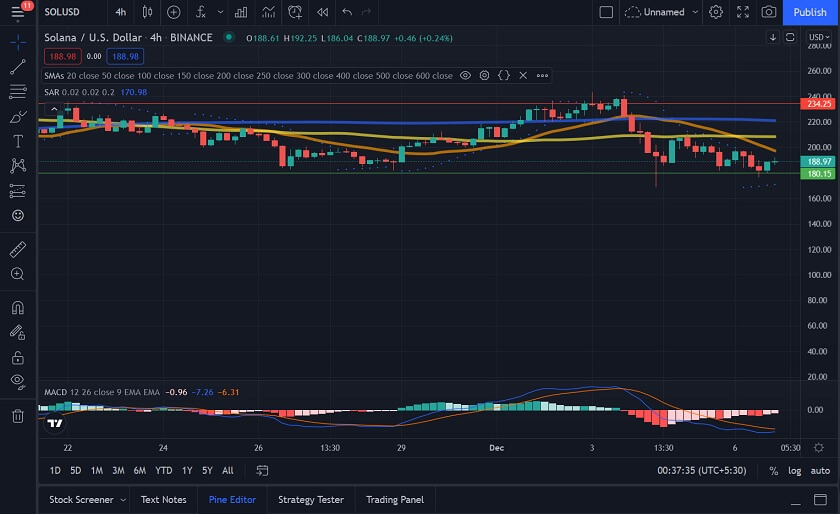 We can see that the Parabolic SAR has flipped to bullish. If the price recovers from this level, we could see the MACD flip to bullish.

The Solana price chart shows us that SOL has been extremely bearish over the weekend. However, with support at $180, we could see SOL recover and push towards $200.