Tron Price Analysis: TRX Could Drop To $0.079 During Current Session

The Tron price has slipped below $0.080 during the current session, as sellers pushed the price to $0.079. TRX was quite bullish during the previous week and had risen by over 5% on Thursday. However, the price fell back on Friday, falling by 2.46% and settling at $0.080, before rising again on Sunday and settling at $0.081. The current session sees TRX back in the red, with the price oscillating between $0.079 and $0.080.

The Tron price started the previous weekend on an extremely bearish note, dropping by nearly 7% on Friday. TRX made a marginal recovery on Saturday before dropping back in the red on Sunday and ending the weekend at $0.079. TRX continued to drop on Monday, falling by over 3% and settling at $0.077, before recovering on Tuesday and settling at $0.078. Wednesday saw TRX back in the red, although the price registered only a marginal drop. 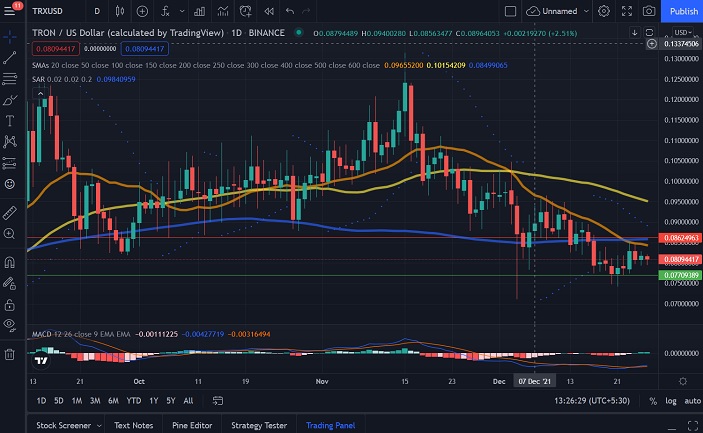 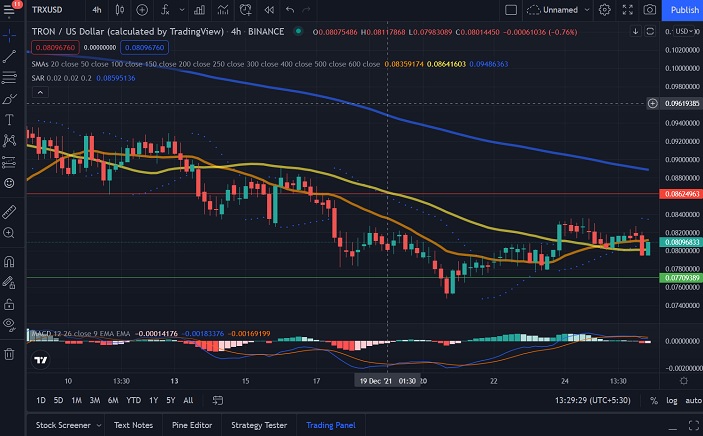 Looking at the Tron price chart, we see that TRX has dropped during the current session. If the current sentiment persists, we could see the price drop below $0.080.