The Tron price is currently up by over 2%, as buyers look to push the price to $0.070 and beyond. TRX had ended the weekend on a fairly positive note, rising by nearly 2% and settling at $0.069. The price continued to push higher on Monday as the week started on a positive note but fell back on Tuesday, dropping over 3% to $0.068, thanks to the 20-day SMA coming into play as resistance. 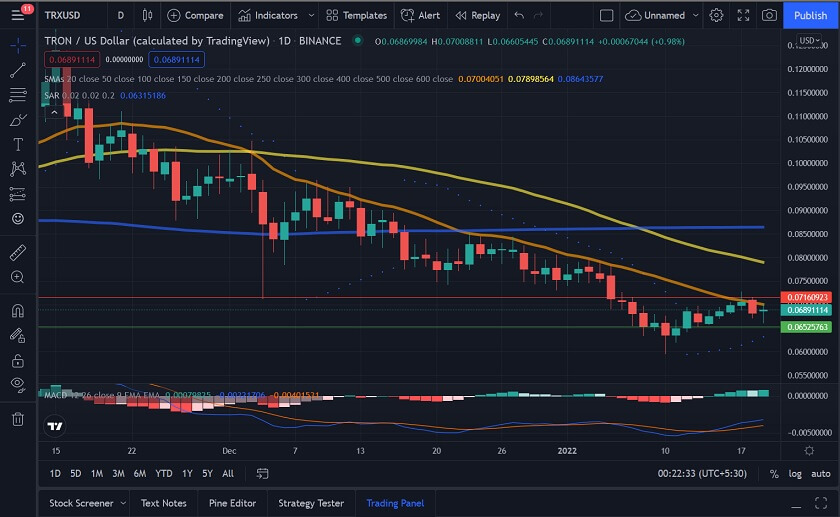 The Tron price remained bullish over the weekend, as it rose by 1.48% on Saturday and then pushed up by almost 2% on Sunday, rising to $0.069. The current week started with TRX remaining in the green, rising by 1% and pushing to $0.070, but the 20-day SMA came into play as resistance at this level, and the price fell back on Tuesday, dropping over 3% and settling at $0.068. The current session sees the price marginally up, as buyers look to push the price towards $0.070. 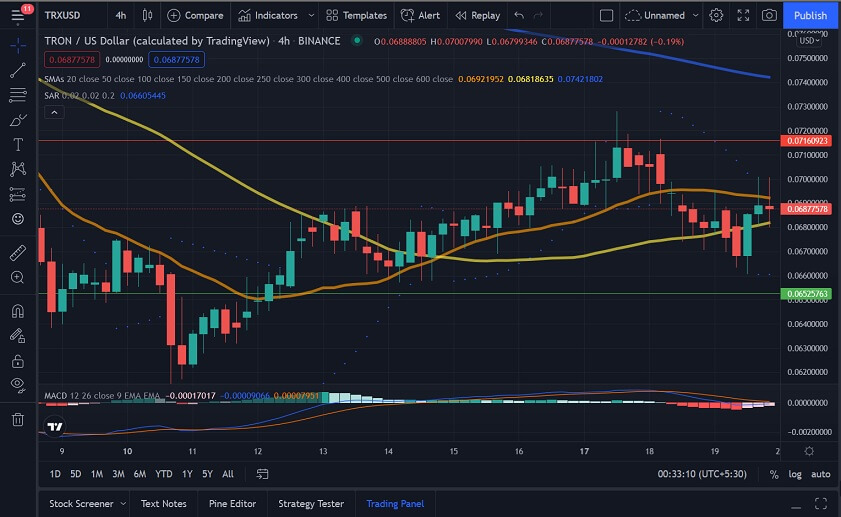 The Tron price chart shows that TRX has registered a marginal increase during the ongoing session. If the current sentiment persists, we could see TRX push to $0.070. However, if sellers retake the session, we could see the price drop to $0.065.