Tron Price Analysis: TRX Off To A Bearish Start, Slips Below $0.090

The Tron price has gotten off to a bearish start to the week, as the price dropped to $0.088. TRX had entered the weekend on a bearish note as well, as the price dropped by 0.86% on Friday. However, TRX recovered on Saturday, as it rose by 4.70% and settled at $0.091. Although TRX did make a positive start on Sunday, the price slipped back and eventually fell by 1.27%, dropping to $0.090 before dropping below $0.090 during the ongoing session.

The Tron price was highly bearish over the previous weekend, as the price dropped by almost 8% on Saturday before a further drop on Sunday took it below the 200-day SMA to $0.084. However, the price recovered on Monday, rising back above the 200-day SMA and settling at $0.087. TRX continued to push up on Tuesday, rising by 2.50% and settling at $0.089, before another increase of over 3% on Wednesday took TRX to $0.092. 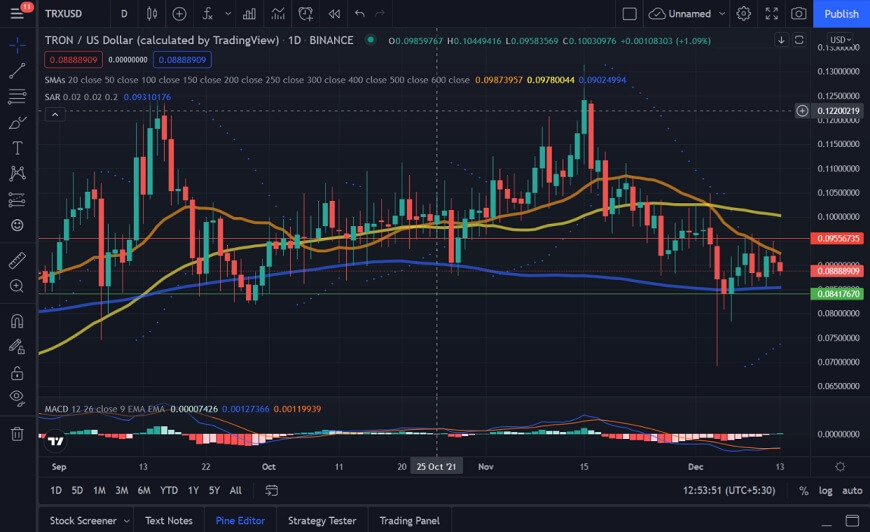 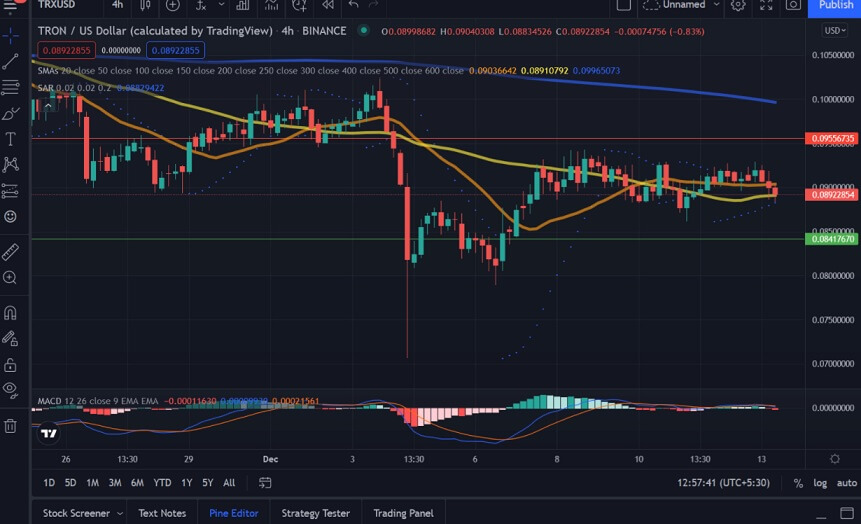 We can see that the MACD has flipped to bearish, indicating that we could see the price drop further during the ongoing session.

Looking at the Tron price chart, we see that TRX has made a fairly negative start to the week. If the price is unable to recover, we could see TRX drop to $0.085, where the 200-day SMA could prop up the price.