The Tron price has been quite bullish during recent sessions and had started the previous weekend on a bullish note, with the price rising by almost 2% on Saturday. TRX ended the weekend at $0.101 before dropping by 1.27% on Monday, as it started the week on a bearish note. Despite the bearish start, TRX surged by over 7% on Tuesday, rising to $0.107 before turning bearish and dropping to $0.105 on Wednesday. TRX remained in the red until Friday, registering a drop of 1.78% on Thursday and a further drop of 0.71% on Friday to end the day at $0.103. 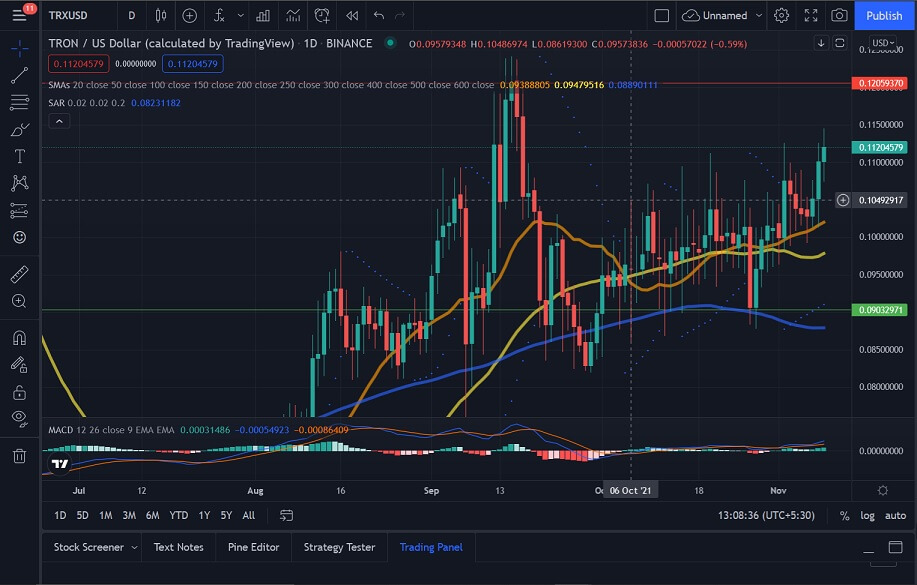 The weekend started on a bearish note for the Tron price, as TRX dropped by 0.33% on Saturday and dropped to $0.102. However, the price recovered on Sunday after reaching this level, as TRX pushed up by 2.26% and settled at $0.105. The bullish sentiment persisted as TRX started the current week on a bullish note, rising by almost 5% and moving up to $0.110. The current session sees buyers still in control, with the price up to 40.112. We can see that the Parabolic SAR and MACD are bullish, indicating that the price could further push up. 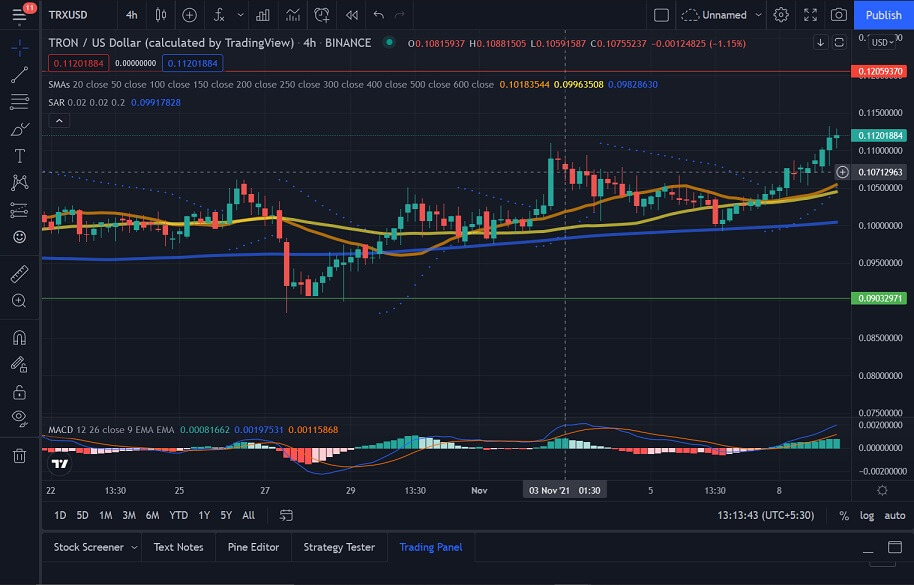 Looking at the 4-hour Tron price chart, we can see that TRX had risen to $0.108 on the 3rd, before turning bearish and dropping to $0.103, where the 20-bar SMA acted as support. TRX pierced this support level and dropped to $0.102 before the price recovered and pushed up to $0.105. However, the price could not push past this level, with the 20-bar SMA now acting as resistance, and dropped to $0.100, slipping below the 50-bar SMA. After dropping to this level, TRX pushed up considerably as the price shot up to $0.107 and then to its current level of $0.112. With the Parabolic SAR and MACD still bullish, we can expect the price to push higher.

The Tron price chart indicates that TRX has been extremely bullish since the start of the week, with the price posting a significant increase. If the current trend persists, then we could see TRX push towards $0.115.